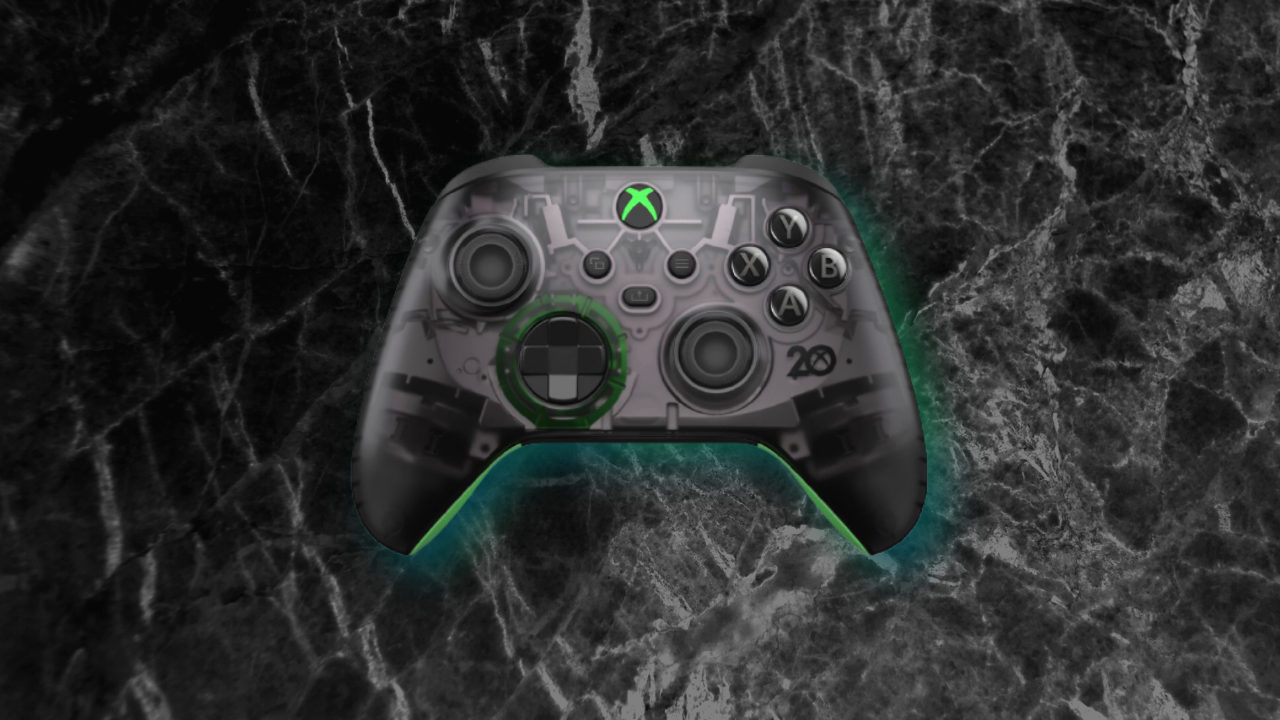 Xbox has revealed a brand new controller design and wired headset design in celebration of its 20th Anniversary (see at Amazon) the controller features a transparent black and green design, and shows off an Xbox20 logo on the right side of the gamepad.

Both the controller and headset are available now available to preorder at Microsoft, and will release on November 15, 2021. Other US retailers are expected to follow with preorders soon, keep an eye on @IGNDeals for updates.

The controller’s Xbox home button glows a vibrant Xbox green, while a mild green afterglow also surrounds the d-pad. Both the gamepad’s grips are also a bright green, heavily contrasting with the rest of the design.

It will also feature a brand new dynamic background for Xbox Series consoles that will automatically unlock when you connect the controller.

Xbox had previously teased the reveal on Twitter before the design of the controller was leaked by a listing on Best Buy Canada. It didn’t take long for the actual reveal to follow up from the leak.

Robert Anderson is a deals expert and Commerce Editor for IGN. You can follow him @robertliam21 on Twitter.

Ant-Man is the latest Marvel superhero to arrive in Fortnite, and the teases leading up to his arrival were a tiny bit hilarious. The...
Read more
Gaming

Yes, finally, it looks like we get to fight the genocidal Forsaken Horde leader Sylvanas in the next World of Warcraft: Shadowlands patch.In...
Read more
Gaming

Gordon Hall, who founded the studio that would become Rockstar Leeds – and worked on the likes of Red Dead Redemption, Grand Theft...
Read more