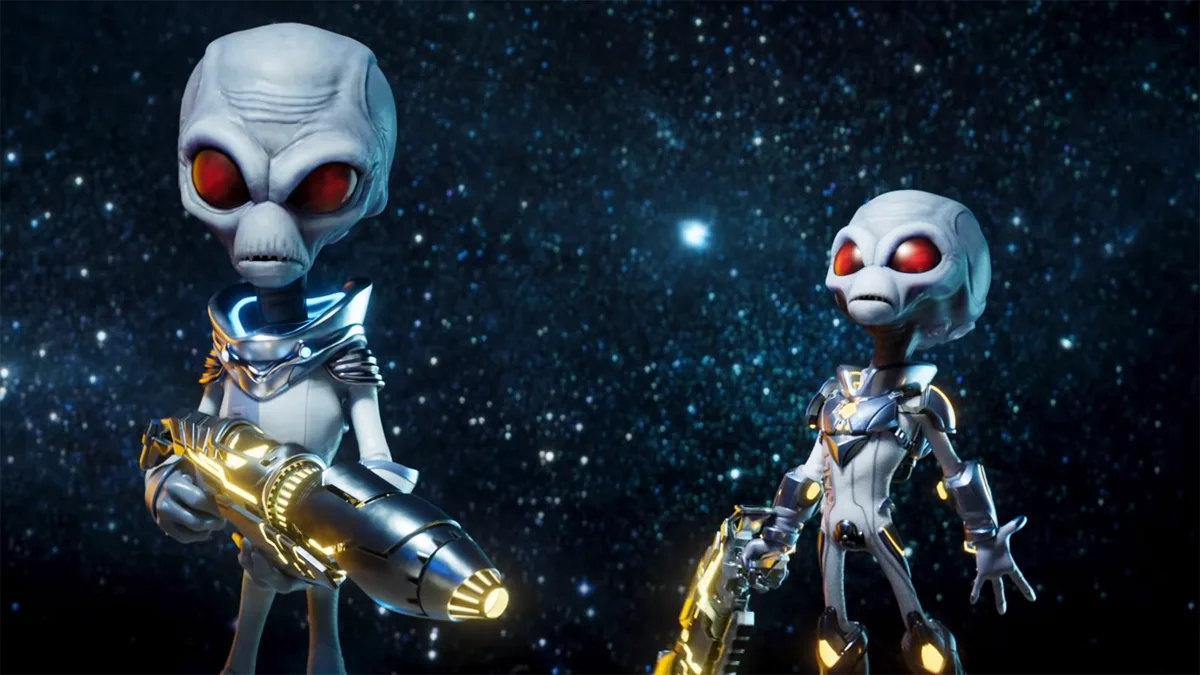 It appears a remake for Destroy All Humans! 2 is real and in development.

In a now-deleted tweet, PlayStation officially announced the Destroy All Humans! 2 – Reprobed noting the game will come to PS5. A trailer was also shared in the tweet as well but mentioned no release date. The end of the trailer also notes that THQ and Black Forest Games are tied to the remake; the latter also developed the remake for the original Destroy All Humans!

The tweet has since been deleted ahead of a planned THQ Nordic 10th-anniversary livestream set for later this week.

A now-deleted tweet from PlayStation confirms a remake for Destroy All Humans! 2 is real.

Have you played Destroy All Humans! 2?

Destroy All Humans! 2 was originally released back in 2006 on PS2 and Xbox. Set 10 years after the original game’s events, players control Crypto-138, a clone of the first game’s protagonist, Crypto-137. A remake for the game was originally teased earlier this year, but not much info was shared other than Destroy All Humans! senior producer Martin Kreuch saying that there may be more details shared “soon.”

IGN reviewed the 2020 remake of Destroy All Humans!, which received a 7 on our review scale calling the game “simple but satisfying.” While we do not have a release date for Destroy All Humans! 2 – Reprobed, we do know that THQ Nordic is part of Embracer Group, a holding company that has said it has 150 games in development; 70 of those games are to be completed by March 2022.

With the upcoming release of New Pokémon Snap, and the loss of Blockbuster Video's dedicated Pokémon Snap Stations to print your grainy captures,...
Read more
Gaming

Far Cry 6 thrusts players into the adrenaline-filled world of a modern-day guerrilla revolution. As dictator of Yara, Anton Castillo is intent on...
Read more