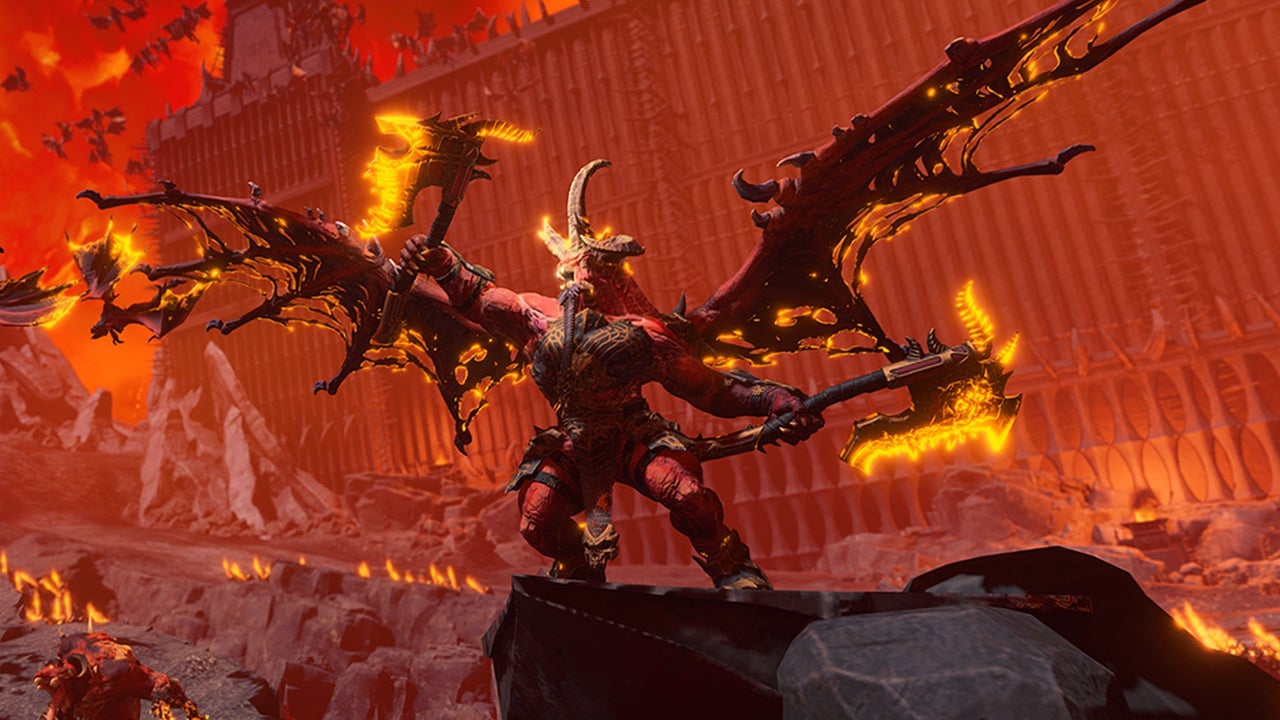 Creative Assembly has announced that Total War: Warhammer 3 is being delayed and will now release in early 2022.

As shared in an announcement on the official Total War Twitter account, the developer acknowledged that news of a delay would undoubtedly be disappointing for fans but explained that the extra time would allow the team to avoid pushing a rushed title to market.

“With nearly a decade of development on the Total War: Warhammer trilogy behind us, it feels surreal to see its culminating chapter so close to release. While it’s tempting to rush to the finish line as it comes into view, we have made the decision to give it a little more time by moving the launch window of Total War: Warhammer 3 from 2021 to early 2022,” says Rob Bartholomew, Chief Product Officer at Creative Assembly.

“The wait won’t be much longer, and we’ll have plenty of new information for you in the meantime. The new date will make for a stronger release and the best first step into a new era for Total War: Warhammer. We don’t consider this release the end of our trilogy, but the start of years of content and support as we continue to bring the jaw-dropping scale of Games Workshop’s fantasy universe to Total War.”

We know this is disappointing, but the extra time means we can accomplish more than we could if we rushed to release this year.

We won’t be staying quiet however, join us tomorrow for the global reveal of Grand Cathay… pic.twitter.com/R4GdObAs9P

While news of a delay is never something that players look forward to hearing, fans on Twitter were generally accepting of Creative Assembly’s statement. With crunch culture a controversial and sometimes all too easily accepted feature of the game’s industry, some fans were clear that they’d rather the team maintained a healthy work-life balance while others thanked the studio for not taking the easy route out and releasing a broken game.

I’d rather wait, and receive a quality product with you maintaining a healthy work life balance. 👍

Make it right. This doesn’t bother me. I’d rather you not deliver a broken game. Thank you.

For more on Total War: Warhammer 3, why not check out our preview of the title where we went hands-on with the stoic defenders of Kislev for the first time in a new type of quest battle. Alternatively, for more on Warhammer, make sure to check out our handy guide to everything that was announced at this year’s Warhammer Skulls event.

EA is releasing a major Madden NFL 22 title update today, addressing many of the issues that have bedeviled the community over the...
Read more
Gaming

Don't get lost in Night City without using our Beginner's Guide to learn the ins and outs of leveling, hacking, exploring, and much...
Read more