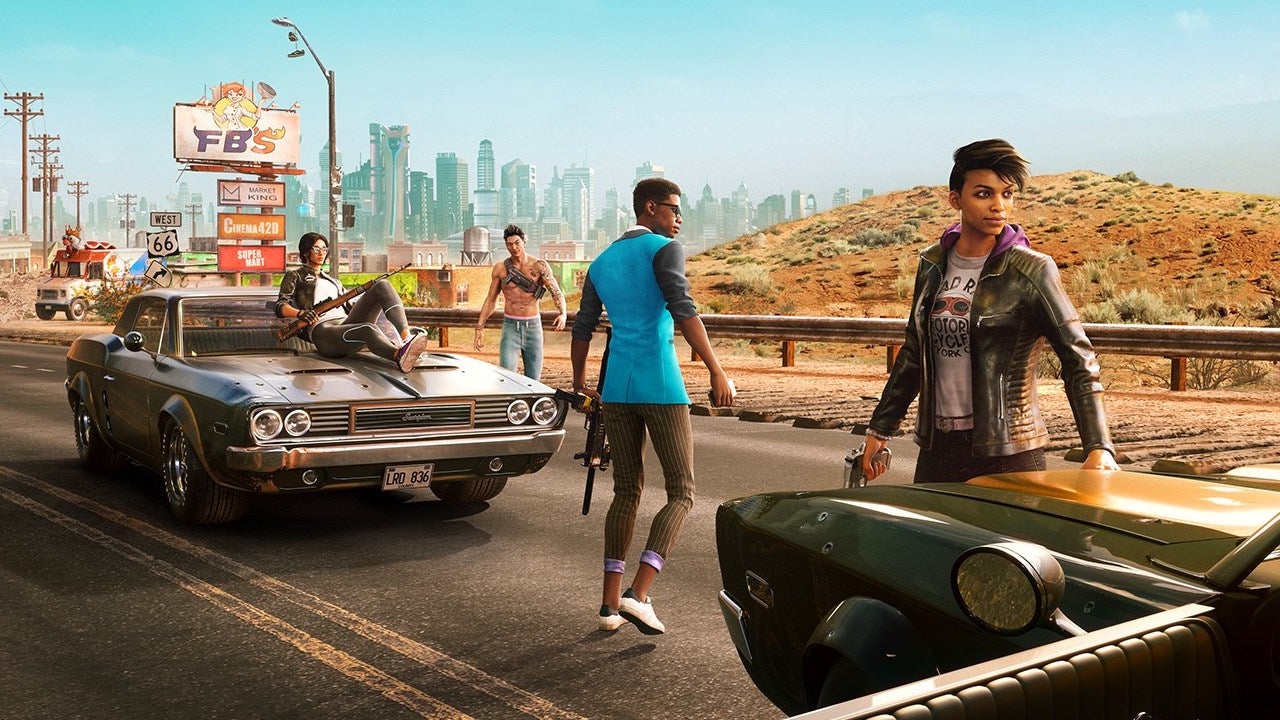 Volition has released further details about what fans can expect from the Saints Row reboot’s characters and customization options – and why we’ve seen so little of the classic purple color scheme so far.

In an update post published to the official Saints Row website, Volition addressed a number of questions raised by the community surrounding what new characters the reboot would bring with it, what details the developer could share on how customization in the game would work, and why the trailer showed a distinct lack of Saints Row purple.

In terms of the game’s new characters, Volition shared details about three upcoming Saints added to the game as well as the title’s player-controlled character – the Boss. Saints Row will set out by showing the Saints as a fledgling criminal organization at the beginning of its journey – meaning that the reboot’s new characters don’t necessarily start out as criminal masterminds but instead rise up through the criminal underworld during the game.

The new members shared by Volition include Neenah, a talented getaway driver who leans into gang life to support her crew; Kevin, a DJ and people pleaser who starts out in the game as a member of the Idols; and Eli, a business entrepreneur who cares about making money above anything else. Volition also shared further details on the player’s character, the “Boss”, explaining that fans will be able to customize their role in the title as they decide the means by which they run their criminal empire.

In terms of customization, Volition says that they have “built the biggest customization suite,” of any Saints Row game to date. The developer reaffirmed that the reboot’s customization tools will allow players to personalize a number of elements about the game’s main character. In addition to being able to decide whether you play as a “stone-cold killer or a fantastic looking freakshow,” fans will be able to select how the Boss sounds from across eight different fleshed-out voices for the role – four female and four male. The developer also announced that the game would be bringing back layered clothing to its list of features, giving players more control over how they style their character in the game. According to Volition, the game’s vehicles will also include a huge number of customizable options to toy with.

The developer also addressed the distinct lack of Saints Row purple shown off in trailers to date. According to Volition, the premise of the new game, which places its characters at the start of their respective criminal journeys, is the explanation. Fans worried about the change in tone needn’t worry says the developer, as the series’ iconic purple color scheme, and the Saints’ identity, will become clearer as the game progresses.

“We begin by showing the Saints at the start of their criminal journey, over the course of the game they form the Saints and rise to the top of the criminal underworld, reaping rewards and recruits along the way,” confirmed the team at Volition. “The further they go down that path, the more you’ll see the purple ‘uniform’ come into play, and the more visually adorned with purple and fleur de lys the Saints, their HQ, and their recruits become.”

For more on Saints Row, make sure to check out our article detailing what comes in each edition of the game. Alternatively, if you’re looking forward to the series’ upcoming revival, then why not check out this piece on the game’s announcement trailer where we sat down with creative director Brian Traficante and lead producer Rojé Smith to breakdown every Saints Row secret, easter egg, and detail in the announcement trailer.

Last Edited: 31 Jan 2021 2:20 amHow to Turn On The PowerOnce you're ready to start, make your way through the door to...
Read more
Gaming