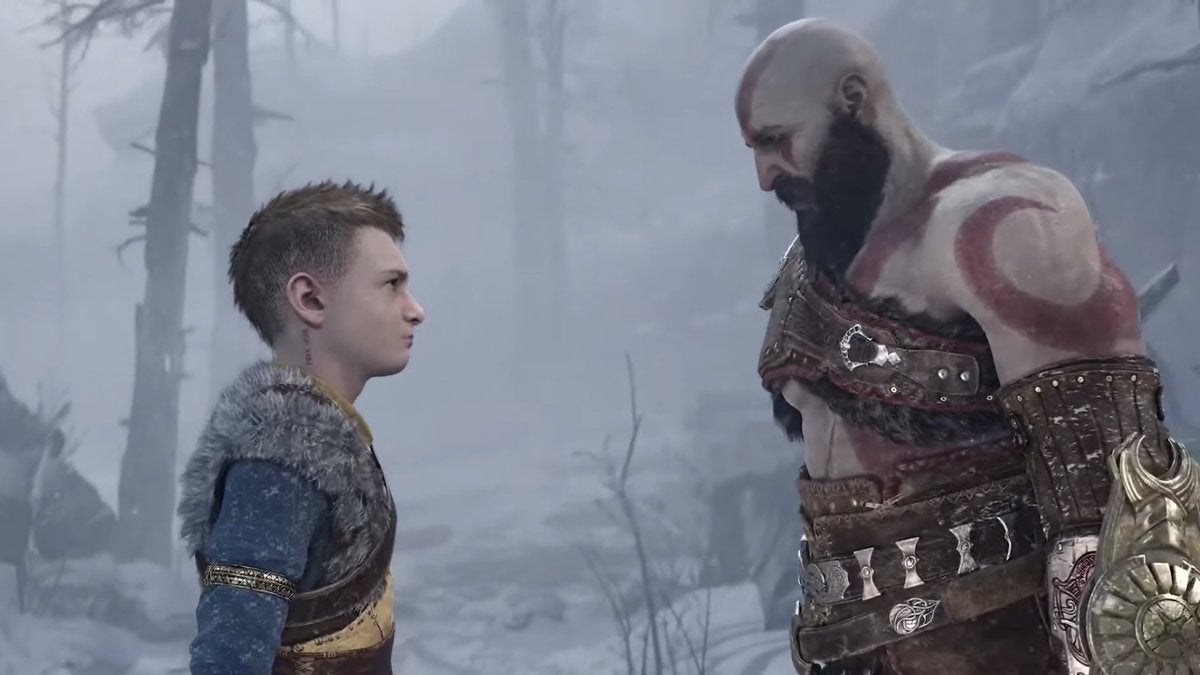 Though Kratos’ story in the overarching God of War mythos is built upon tragic losses in his family, God of War 2018 gave the Spartan warrior a brand new familial challenge – taking care of his son, Atreus, after the death of Faye, Atreus’ mother. What followed was a deeply personal story of Kratos learning how to be a parent, what that responsibility entails, and some shocking truths about his current family.

Ragnarok doesn’t pick up immediately after 2018, as the gameplay trailer showed, but that intervening time is nonetheless important and integral to the developments of Kratos and Atreus’ ongoing personal story, which saw some dramatic shifts at the end of the last game thanks to new revelations.

“Since these characters are going on a journey, we want them to progress, change and have setbacks. Even the simple thing of, what if we extrapolate what’s been happening during Fimbulwinter,” Ragnarok Director Eric Williams told IGN in an interview after the trailer’s reveal. “Do you think Kratos has just had the kid hanging out not doing anything? They’ve been putting in work. Kratos’ very simple lesson is that Spartans are never on their back. This has been distilled into Atreus, but [Kratos has had this growth that even though] the way he was raised was just brutal, it doesn’t need to be that way now. The same lessons can be taught…he could just stick to his old ways and just beat it into him, but the kid will leave. Kratos wants to hold him tight. The kid wants to go, but Kratos knows what that looks like.”

Have you played God of War?

This back and forth of their relationship looks to continue to be paramount to Ragnarok’s story, particularly when it comes Atreus’ identity and the lack of knowledge Kratos had about that. Those truths, which come toward the end of 2018’s story, and the fallout of revelations and new questions that followed will be the bedrock of God of War Ragnarok’s story.

“One of the things that really clicked for me was this idea that we see him grow so much at the end of the last game, but nobody really comes to him once he finds out that the kid is Loki that his wife didn’t tell him the truth. This person that he trusted his life with, she still held a secret for him,” Williams explained of the territory he wanted to explore in Ragnarok.

“Now he can’t ask her that, he can’t ask her why so he has to hold that deep down. He’s had these other traumas, and now he has this. It’s very mental, for the guy that wants to beat up problems, these are hard problems for him to solve,” he continued. “He has questions, too. Who is he supposed to ask? As you could see from the trailer, we built that into it. Fans have a lot of questions. We haven’t shown anything for a very long time. We want to give them a lot of answers, but then we wanted to pose a lot of new questions at the same time.”
This relationship between questions, answers, and the truth of them both is something core to Williams’ interest in exploring the world. It’s a curiosity that stems from a belief in being curious, and how fascinating it can be to engage with curious characters.

“I like people that are very curious, and I wanted our characters to be curious and continue the curiosity that they have. Answers are kind of boring to me because they’re finite and done. Questions are amazing because…they open up. A good answer should lead to a new question,” he said.

In fact, that curiosity is something that can ground a player in a world as fantastical as God of War’s. It creates a need for a balance of more relatable, smaller moments that create buy-in for players or viewers to care about this world. Finding the balance of those, and how questions, the ideas of trust in these relationships, and more relate to a world filled with mythic figures is something Williams in the team really want to explore in the sequel’s story, and feel is true to 2018’s story.

“When you can get into character psyches and mental states, it’s a good place to be. It’s what draws people in because it’s familiar but set in this backdrop that is very fantastical,” Williams noted, noting that he did see some criticisms of his belief in adding “slice-of-life moments” to God of War as mentioned in the post-PlayStation showcase developer interview.

But, pointing to moments like God of War 2018’s opening, a quiet, father-and-son hunting trip, Williams believes these types of moments are part of the fabric of Kratos and Atreus’ story, and it’s an idea shared by 2018’s director Cory Barlog.

“The best moments in games, the best moments in movies are the joy of the mundane,” Barlog said. “The beauty and the real moments of truth… it’s so normal and something that I can relate to. And then there’s a giant troll or a dragon nearby.

“It mashes these things up and gives you that initial feeling of, ‘I can connect to this. It’s so relatable.’ And then you’re in this fantastic world. [These moments] fool you, put the blanket around your neck. And you’re a superhero all of a sudden,” Barlog said as he described the power of these quieter moments.

Whether it’s through Kratos and Atreus’ story, or returning characters like Mimir, Brok and Sindri, or newcomers like Thor, Odin, and more, Williams hopes players will find their perspective and in into the larger world and story being told in Ragnarok. Interestingly, the ensemble of characters provides an in specifically to the themes of family and the ties that bind that were established in God of War 2018. Though Williams didn’t go into detail, when asked about whether Thor and Freya being two opposing forces to Kratos whose viewpoint is very much from one of anger toward Kratos and his meddling in their families, Williams simply said “That is a very astute takeaway from the trailer.”

But for how these families of great mythological purpose will connect in Ragnarok is still a mystery, and a question to maybe be answered when the sequel comes to PS4 and PS5 in 2022.

For more from Barlog and Williams, be sure to read our deep dive interview on their work together on the God of War franchise, and in the meantime, check out what Williams had to say about the ways Ragnarok is evolving the franchise’s combat, player agency, and exploration.

Jonathon Dornbush is IGN’s Senior Features Editor, PlayStation Lead, and host of Podcast Beyond! He’s the proud dog father of a BOY named Loki. Talk to him on Twitter @jmdornbush.

Microsoft's cloud streaming service for Xbox games will be made available on Apple iOS devices and on Windows PCs in spring 2021. In a...
Read more
Gaming