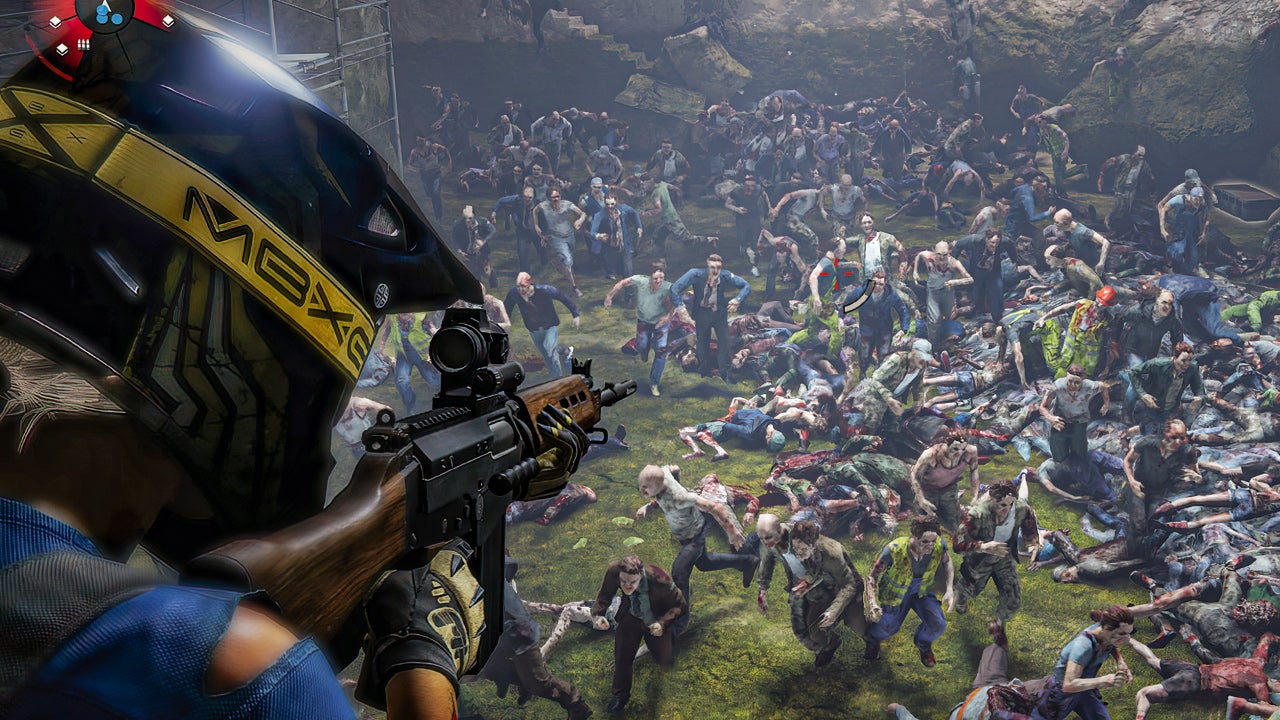 If there’s one thing that could improve the experience of watching hundreds of bloodthirsty zombies run towards me in a frenzy, it just might be doing so from a first-person perspective rather than third. Seeing hordes of the undead throw themselves off ledges right at me or piling themselves up into murderous mountains of meat to climb towards me is already one of the best experiences World War Z has to offer, but when I saw it through the eyes of my playable survivor it dialed the horror up to 11 in the best possible way. Whether I was trying not to die of hypothermia in the frozen nightmare of Kamchatka, Russia, or blasting my way through a sea of flesh-eaters in the streets of Rome, every encounter hit closer to home with each zombie right up in my face.

It certainly helps that World War Z significantly overhauls its melee sandbox in Aftermath, which afforded me lots of new opportunities to get up close and personal with the undead. Each of the melee options added, including two-handed weapons and single-handed weapons that can be dual wielded, has their own advantages, disadvantages, and unique animations that made each of my first-person skirmishes all the more satisfying. There’s also a new class ability that’s awesome, but difficult to master, which gave me a shield to block zombies from getting through entryways, stop rampaging “Bulls” in their tracks, and let me charge my way through a sea of enemies like good ol’ Frank West.

The new areas pair perfectly with the fresh perspective, as I absorbed the iconic, ruined locales of Rome and thanked my lucky stars I’ve never experienced a Russian winter…especially during the zombie apocalypse. Excellent, diverse locations have always been a highlight in World War Z, but experiencing them through the eyes of my character brought it to a whole new level, especially Kamchatka, which made me take damage just from being outside. Running from heater to heater to avoid dying simply for the deadly sin of being in Russia almost made me forget all about the armies of undead that surrounded me and eagerly anticipated chewing my face off…almost.

You don’t often see a first-person mode added to a game that came out over two years ago.

You don’t often see a first-person mode added to a game that came out over two years ago, but in World War Z’s case it really does breathe new life into a shooter that’s quite literally drowning in the dead. Not only am I excited about the two new campaigns that will ship with Aftermath, but I’m also curious to see how World War Z’s existing campaigns will feel through this new perspective. The fact that a 4K/60 FPS upgrade will be deployed around the same time is all the more reason for me to revisit those stories.

Last Edited: 13 Mar 2021 5:05 amIGN has the tips and tricks, strategies, and secrets you need to succeed in Loop Hero. Quit...
Read more
Gaming

We already knew that Nickelodeon All-Star Brawl, a Smash Bros-esque fighting game with characters from popular Nickelodeon shows, will be released on consoles...
Read more
Gaming

Life is Strange: True Colors has kept me more emotionally invested than any Life is Strange story since I played the original back...
Read more