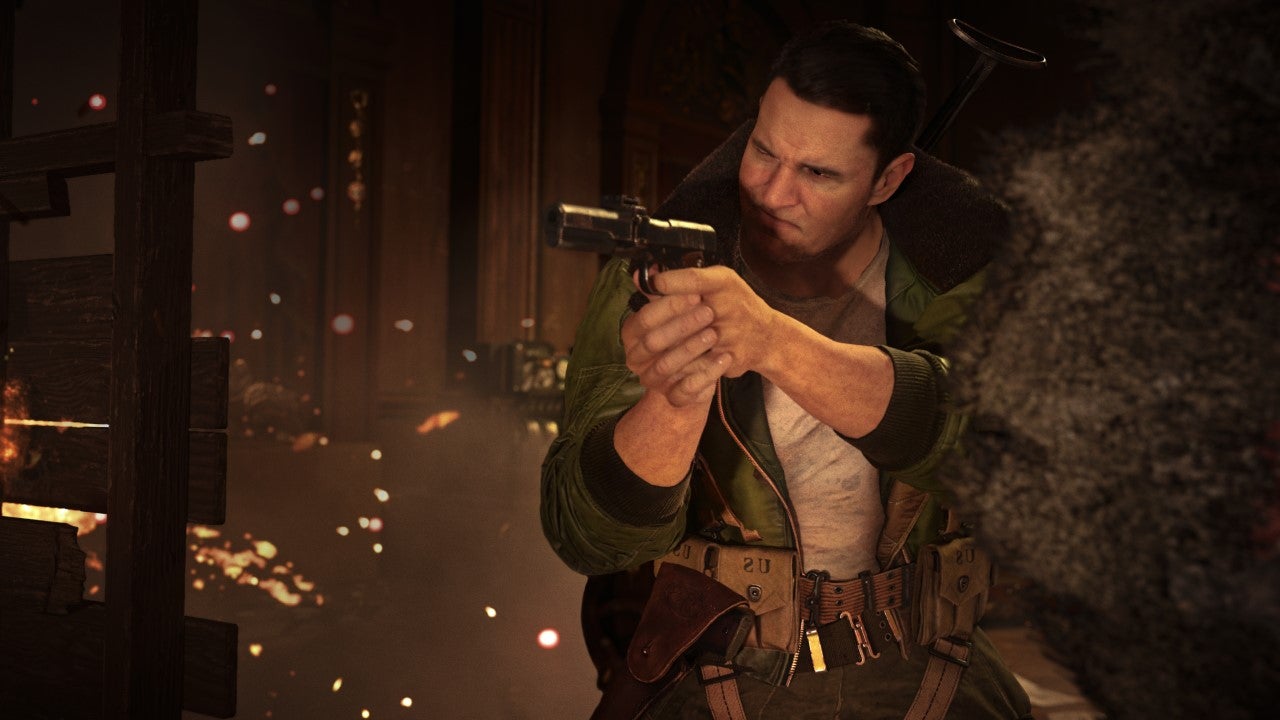 Activision Blizzard is currently facing serious ongoing allegations of harassment and mistreatment of marginalized workers. To learn more, please visit our timeline as well as our in-depth report on the subject.

We’re once again returning to World War II in Call of Duty: Vanguard. While there are many mostly unexplored story opportunities for the campaign side, my expectations for multiplayer were largely up in the air. Will this multiplayer find ways to be more innovative than what we got with Black Ops Cold War despite the setting? How much of an impact do the combat pacing filters make? Is the destructible environment addition useful? An early look at Vanguard’s multiplayer provided a bit of insight into all of this. I played for about two hours with a mix of PS5 and PC players and had an equally mixed set of impressions once I shut down my PS5.

We played classic Team Deathmatch, Domination, Kill Confirmed, and a new mode called Patrol across four maps. Patrol is a spin on Domination and challenges two teams to capture a slowly moving zone. The team that has at least one player in the zone earns points. Like Domination, if opposing players are in the zone, it stands contested and no one earns points. Whenever I pick up my controller to play Vanguard next, I don’t intend to voluntarily play this mode again. It felt a bit goofy. As the capture point moved around the map, it seemed like we were handing off the zone whenever it was close enough to the opposing spawn. Being slowly dragged around the map in this way wasn’t a fun or interesting improvement on existing capture-based objective modes.

Then, pair Patrol with the Blitz combat pacing and it’s complete chaos. Not necessarily in a fun way, either. The three combat pacing filters — Tactical, Assault, and Blitz — change the number of players in a match. Tactical is supposed to have fewer players while Blitz pushes the player count to the limits. We played 24 versus 24 on a rather large, open map called Red Star. In one match it seemed like a fair number of people on my team got bored of trying to follow the small circle around the map and started flanking to earn higher Killstreaks (so long, Scorestreaks). It’s not a bad tactic, and I adopted it myself when attempting to follow the zone meant taking on a sacrificial role with minimal rewards. All those other people are getting Killstreaks while I’m throwing myself at the zone? No thanks. On the plus side, respawning is quick. This is still Call of Duty, though, so the time-to-kill is extremely quick, too.

Blitz was more fun with Kill Confirmed. Tags were everywhere, killstreaks were rampant, and depending on the map, those adept at the run-and-gun tactic were heavily rewarded. We played Blitz Kill Confirmed on Hotel Royale, a neat nighttime map set on the roof of a hotel. With 12 versus 12 and plenty of tight corners indoors, SMGs were great. Its roof was open for those who prefer assault rifles. I went back and forth between both loadouts and enjoyed doing so. These preview events don’t allow for much time to test a large range of weapons, unfortunately, but I was surprised by the rate of fire and limited clips of their chosen LMGs. The default loadout assault rifle, the STG44, had a surprisingly higher rate of fire too.

If you’re interested in snipers, the Gavutu map is ideal. For everyone else? Maybe not. The small, rainy island is split into two sides; one is broken up by a large ship with a functioning lift to raise or lower an inoperable tank between decks, the other is a long stretch of beach and rocks. Don’t want to deal with snipers? Go to the boat. I normally don’t mind flushing out a sniper, but the spawn proximity to sniping spots deterred me from trying much.

The “reactive gameplay environments,” or destructible elements, were most noticeable on Hotel Royale and Eagle’s Nest since they featured the most fleshed-out indoor areas. It’s more of a novel addition than a useful one. After one person bursts through a boarded-up path, that’s it. Call of Duty isn’t really still enough for that sort of surprise to matter much either (unless you’re camping). Eagle’s Nest is a mountain-top building with three lanes, one of which is in the building. I liked this map well enough, except for that one time a care package I called in rolled off the mountain. Watch out for that.

Another Killstreak issue I had was with the Attack Dogs. After 10 kills, a pack of attack dogs can be called into play. The trouble is, I often had no idea whose dogs they were. There’s an audible callout if an enemy summons them, but it’s easy to miss. If a teammate also calls in dogs, then I definitely couldn’t tell which belongs to who until I realized one was running at me. The dog breed changes depending on which side you’re playing for, but that’s not exactly something I committed to memory nor is it obvious in the menus. The audio was generally low too. Sledgehammer announced some issues with visibility, sounds, spawns, and a slew of other things will be addressed before the September 10 beta, though. At this point, I’m more interested in the campaign than I am in multiplayer, but with 20 maps coming at launch, I’m hopeful I’ll enjoy Vanguard’s multiplayer more with its full release.

Miranda Sanchez is the executive editor of guides at IGN.

Welcome back to Game Scoop!, IGN's weekly video game podcast. Our Game of the Year Nominees have been announced, so it's time for...
Read more
Gaming

Last Edited: 16 Dec 2020 9:16 pmThere are many Ripperdocs that live all over Night City that can install various expensive cyberware -...
Read more
Gaming

Last Edited: 11 May 2021 1:01 amThis page is part of IGN's New Pokemon Snap Wiki guide and details everything you need to...
Read more