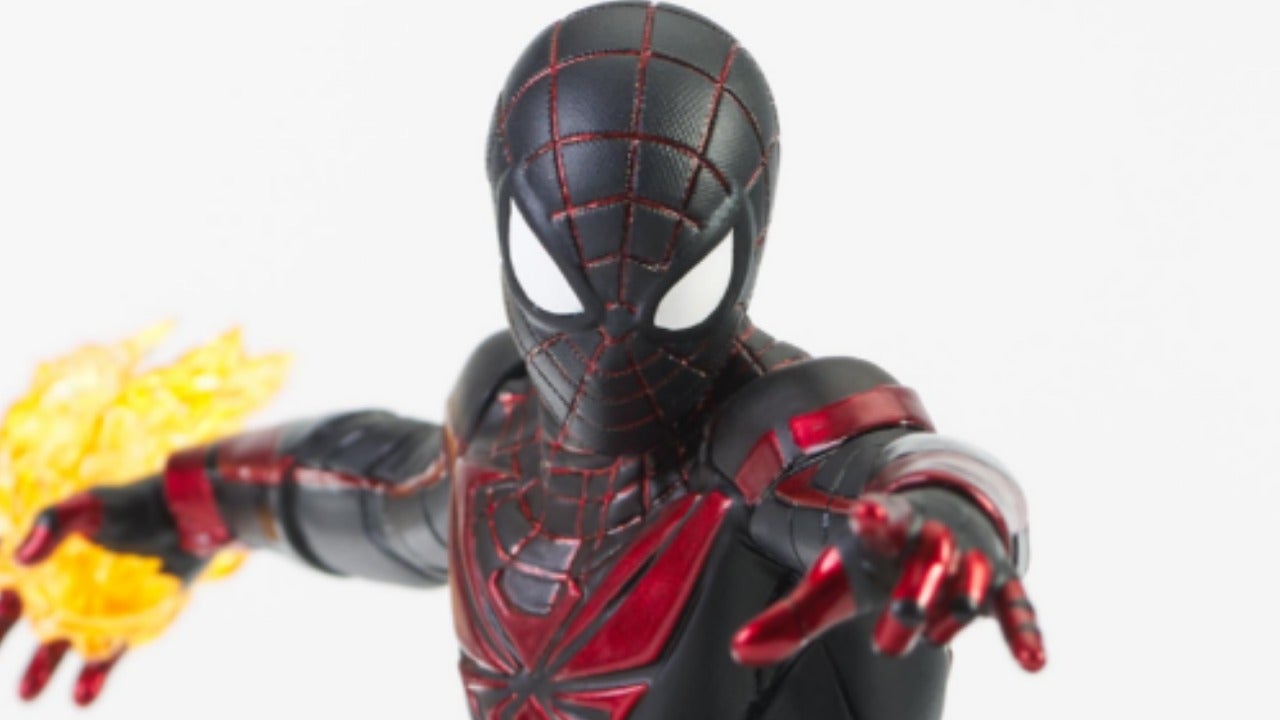 Marvel’s Spider-Man: Miles Morales features one of the best and most well-rounded interpretations of this Marvel hero to date. And now Diamond Select Toys is immortalizing this version of Miles in the form of a diorama statue.

The Marvel Gamerverse Gallery Spider-Man Miles Morales PVC Diorama features an action-oriented take on Miles, as he prepares to unleash his Venom Blast power. The diorama is made of PVC and measures about nine inches tall. The piece is designed by artist Caesar and sculpted by Gentle Giant Studios.

Get an exclusive look at this spectacular Spider-Man collectible in the slideshow gallery below:

A Diamond Select Toys release! Swinging out of his hit video game, Miles Morales prepares to hurl a Venom Blast at his opponent in this all-new Gallery Diorama! Based on the game’s costume design, Miles leaps over one blast as he charges up another in this sculpture made of high-grade PVC, and featuring translucent materials that catch the light. With detailed sculpting and paint applications, it comes packaged in a full-color window box. Designed by Caesar, sculpted by Gentle Giant Studios.

While DST has released several Miles pieces over the past few years, this is the first to be specifically based on the Insomniac game rather than the comics. It should make for a much more wallet and space-friendly purchase compared to PCS’ enormous $1050 Miles statue.

Preorders for the Miles Morales diorama will open on Friday, May 21. The piece is priced at $49.99 and is expected to ship in January 2022.

While the Mass Effect Legendary Edition reveal trailer offered a look at a host of the many beloved characters from BioWare's original trilogy,...
Read more
Gaming

A bunch of Persona soundtracks is coming to Spotify, including music from the mainline games such as Persona 5 and Persona 4, as...
Read more