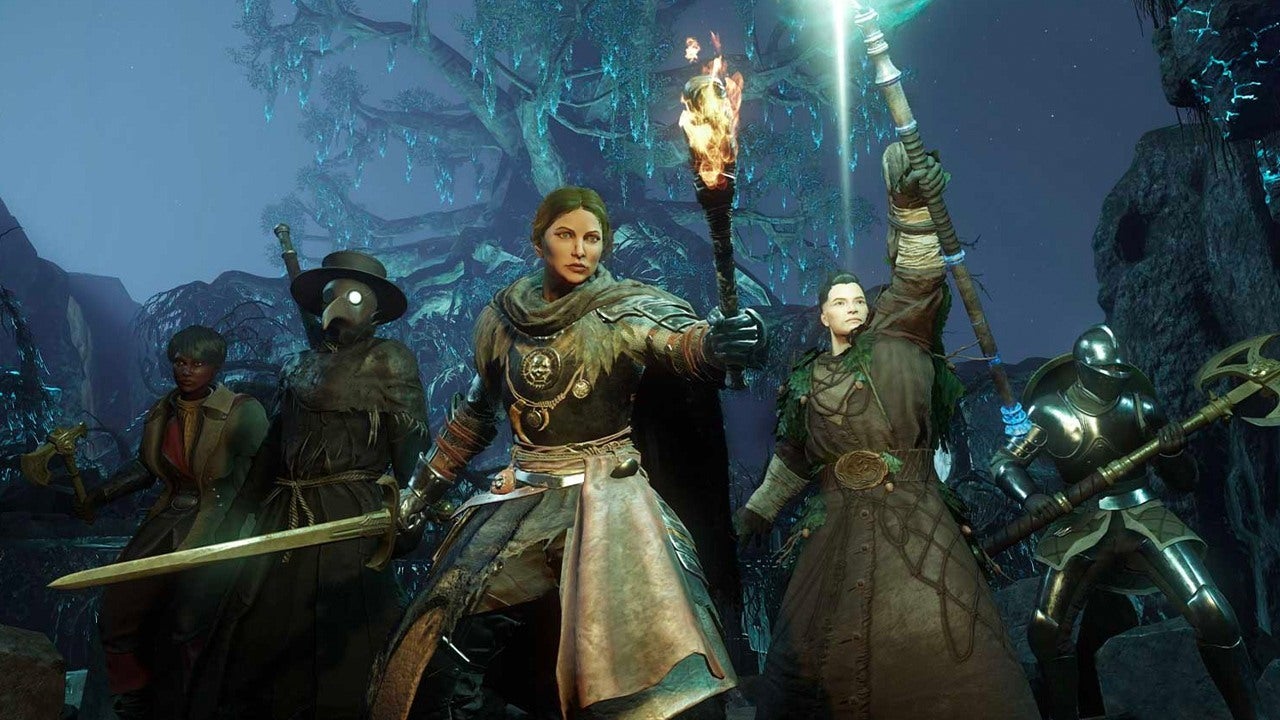 Amazon’s New World is set to have paid items that are “exclusively cosmetic in nature” at launch, and quality of life items and a battle pass-style program may come later.Studio director Rich Lawrence took to Twitter to respond to questions from the community regarding New World’s Alpha patch notes that discuss the in-game storefront. He reassured fans that this store is to “create an outlet for players who find enough value in store items that they are happy to purchase them.”He promises the plan isn’t, and never will be, to “create a feeling that store items are necessary to enjoy the game.” All players, according to Lawrence, will be able to enjoy the full game experience without ever having to purchase anything.
When New World launches in August 2021, all store items will be “exclusively cosmetic in nature.” The current storefront in Alpha is simply a test, and none of the selections or their indicated costs are final. Alpha testers are encouraged to provide feedback on the items in the store to help determine whether or not they are added to the live game.

In the future, the team is planning on testing “quality of life items for mechanics like rested XP and fast travel, both obtainable in-game and purchasable in the store.” The release of these items will be determined by “how players progress in the months after launch.”The goal with all these items is “that they not offer an advantage that imbalances the game.”

Lawrence also revealed that the team is contemplating, but has not finalized, a “battle pass” style program that would “combine store items on a periodic basis.” This feature would be tested ahead of time to “ensure it provides strong value without disrupting gameplay for those not participating.”

Even further beyond that would be the “possibility of optional expansions, which would have a separate cost.”

We recently got hands-on with the Amrine Excavation, one of New World’s six dungeon expeditions, and in 2020 we got to check out its massive 50v50 PvP war battles.

For more on Amazon Game Studios and New World, check out the report that details struggles, “bro culture,” mismanagement, and cancelled projects at the studio.

Mario and several of his friends have warp piped their way into Animal Crossing, and the endlessly artistic community has already turned a...
Read more
Gaming

Fall Guys Is Delayed on Switch and Xbox, but They Will Now Have Crossplay – IGN

Fall Guys: Ultimate Knockout has been delayed on Switch and Xbox, but this extra time will let the team add features like crossplay.Mediatonic...
Read more