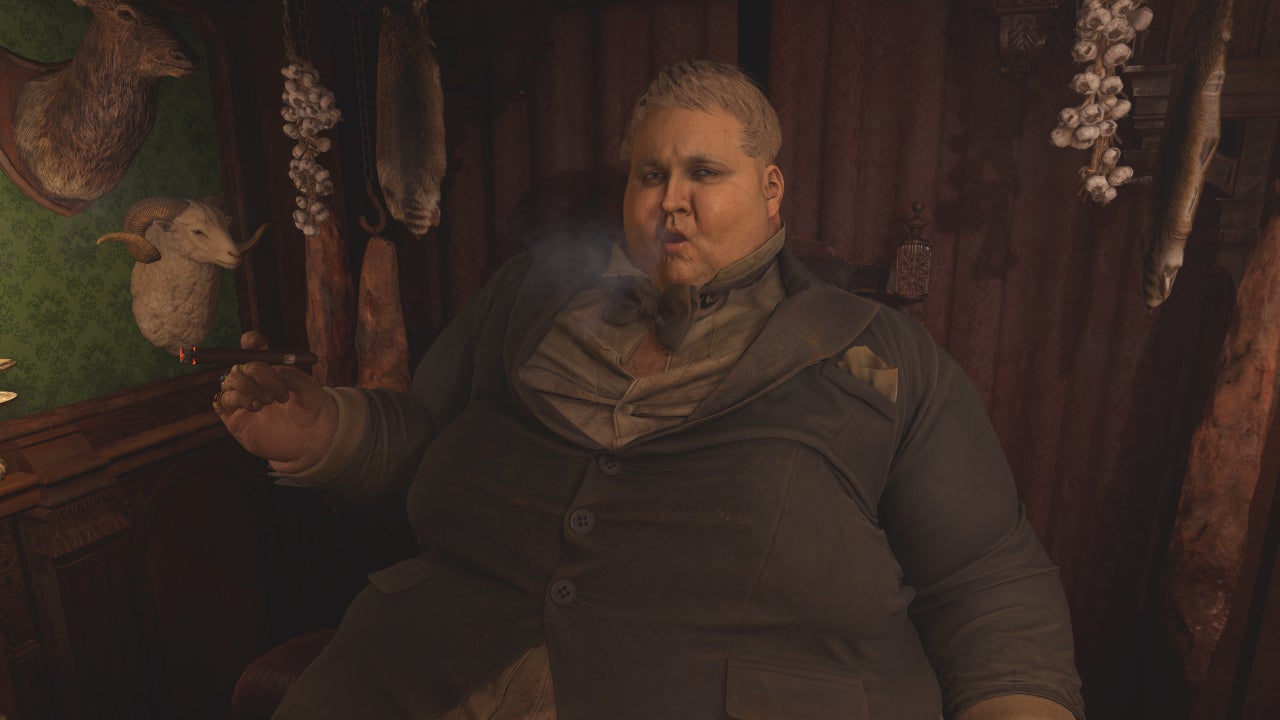 Lady Dimitrescu has held an unassailable position as the Resident Evil community’s favourite new character since months before the game arrived. But with Resident Evil Village now in players’ hands, a new fan-favourite character could be on the way to take her crown – The Duke.Resident Evil Village’s unusually friendly merchant was shown a little in trailers for the game, but becomes more or less Ethan Winters’ only friend throughout the game – and that’s led to a huge surge in fan appreciation for him.

To go some way towards showing that love, check out a Reddit post from Naillian603, titled, “I didn’t think The Duke would live up to the RE4 merchant but he proved me long. I’d go as far to say I love The Duke”. In a single day, it’s gone on to earn over 5,500 upvotes, becoming the 12th-most upvoted post of all time on the r/ResidentEvil subreddit.

The comments below that post are similarly appreciative, singling out the Duke’s voice (and English-language voice actor, Aaron LaPlante), his bizarre habit of appearing in just the right places at just the right times, and his callbacks to previous Resident Evil games.

“Hands down, best character.” wrote CaptainAlabama91. “Mostly [because] he is the only person who is genuinely pleased to see you. And you know, doesn’t try to end you.”

It’s far from the only post pointing to The Duke as a favourite character. There’s fan art, speculation about his potentially supernatural origins, and even self-referential posts about how much the community loves The Duke.In an interview with Dan Allen on YouTube, Duke voice actor Aaron LaPlante was asked if he’d expected the huge reaction to the character. “No, absolutely not. Not even for a second,” he replied. “I’m so thrilled that people are into it. I think one of the most thrilling aspects is that I’m a fan too – I’m a huge fan of a lot of this stuff […] It’s kind of nice to contribute to that excitement for someone else.” He also explained that The Duke was originally directed to have a gravelly-voiced Russian accent, but LaPlante eventually found his more English-inflected style.

It remains to be seen if The Duke will hit the same cultural impact as Lady Dimitrescu, but it’s more than clear that this character – who could so easily have been a run-of-the-mill merchant – will be remembered beyond this game. And he’s far from the only memorable thing about Village – we awarded the game an 8/10 review, pointing out that it’s “like visiting a disturbing and deadly Disneyland, where every attraction is a house of horrors.”

Microsoft has posted record profits this quarter, including a boom in its gaming sector which has revenues up 51%. The company as a...
Read more
Gaming

Nintendo Reportedly Expecting Another Record Year for Software, With a Series of Major Games – IGN

DC has revealed its next direct-to-video animated movie, and it's a big one. The wildly popular fighting game Injustice: Gods Among Us is...
Read more