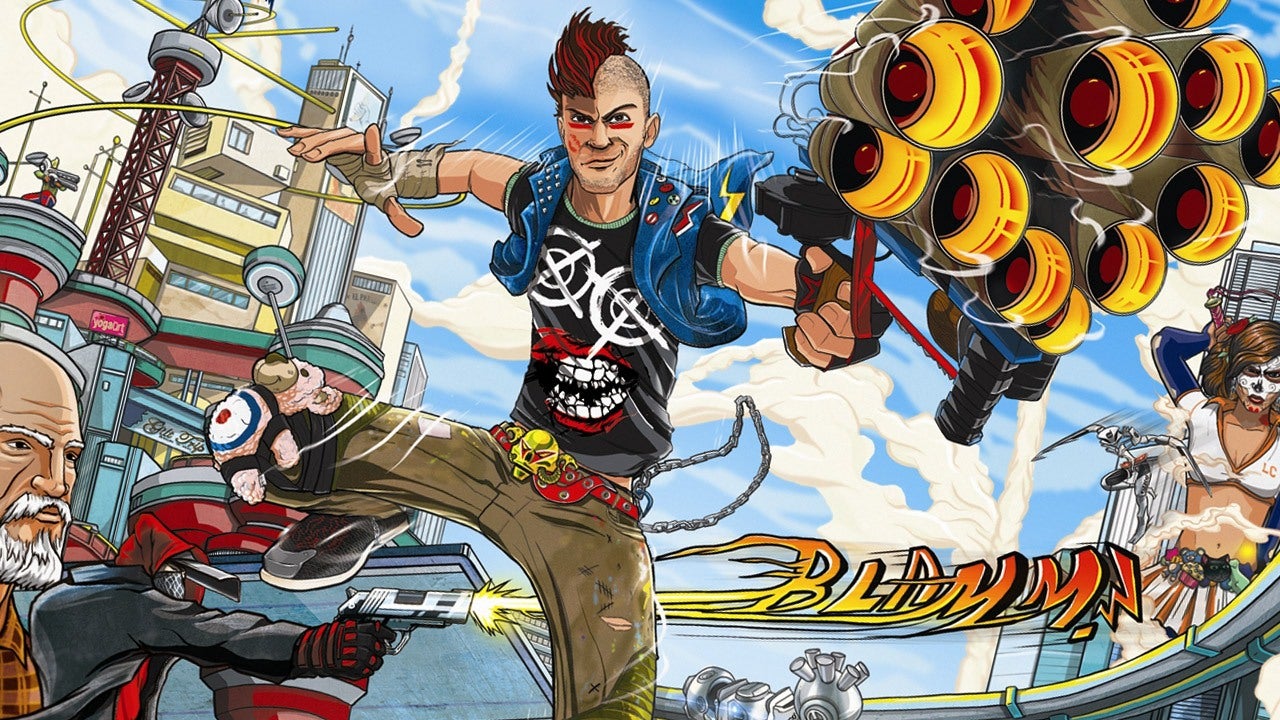 Insomniac creative director Marcus Smith says there’s “nothing really stopping” the studio from making a sequel to the Xbox-exclusive Sunset Overdrive for PlayStation – and that he’d love to return to the series.Speaking to GQ, Smith was asked if it was possible to make a new Sunset Overdrive now that the studio was owned by Sony. “I mean, never say never is my approach,” he replied. “Obviously, we’re part of Sony now, but we own the IP and so there’s nothing really stopping us other than we have a lot of really exciting things in our future.”

That idea is backed up by the fact that Sony itself recently registered a trademark for Sunset Overdrive. While by no means a confirmation that the company will make a sequel, it does mean that it could.

Smith – who directed Sunset Overdrive, and is directing Ratchet and Clank: Rift Apart – also made clear that he’d like to try his hand at a sequel: “I think there are a lot of stories that can be told in that universe and I would love to return to it. I had a lot of fun making that game.”

Have you played Sunset Overdrive?

It’s perhaps no surprise that some of the Insomniac team wants to return to Sunset Overdrive, as it’s still an influence on the studio’s newer games. “What we found with developing Sunset Overdrive, and one of the things I think worked really well in Spider-Man, is giving the player a bigger move set to tackle their challenges than is strictly necessary,” Rift Apart director Mike Daly said to IGN.

“Since you have so many more permutations of ways to handle threats or navigate spaces than you did before, it feels a lot more personal and customizable, like you had really solved that problem, which makes all the gameplay that much more satisfying.”

Sunset Overdrive was an anarchic, comedic open-world game released in 2014. Despite a positive reception – including a 9/10 review from IGN – a sequel never materialised, a decision that Insomniac put firmly at Microsoft’s door. Members of the studio haven’t been shy about wanting to return to the idea in the years since.

Insomniac’s recent success with other games could be the only thing in the way of a Sunset Overdrive 2. Its Spider-Man series has been a huge success, with a sequel very much set up, and Ratchet and Clank continues to charm. But maybe, just maybe, it could squeeze in a trip back to Sunset City one day soon.

Last Edited: 12 Dec 2020 2:53 pmCyberpunk 2077 contains many visual enhancements to add to its overall realism, but some of them are...
Read more
Gaming

Wizards of the Coast has announced that Dungeons & Dragons: Dark Alliance will be released on PS5, PS4, Xbox Series X/S, Xbox One,...
Read more
Gaming

Microsoft has announced that 16 backwards compatibility games from the Xbox Game Pass library have been added to the Xbox Cloud Gaming service,...
Read more