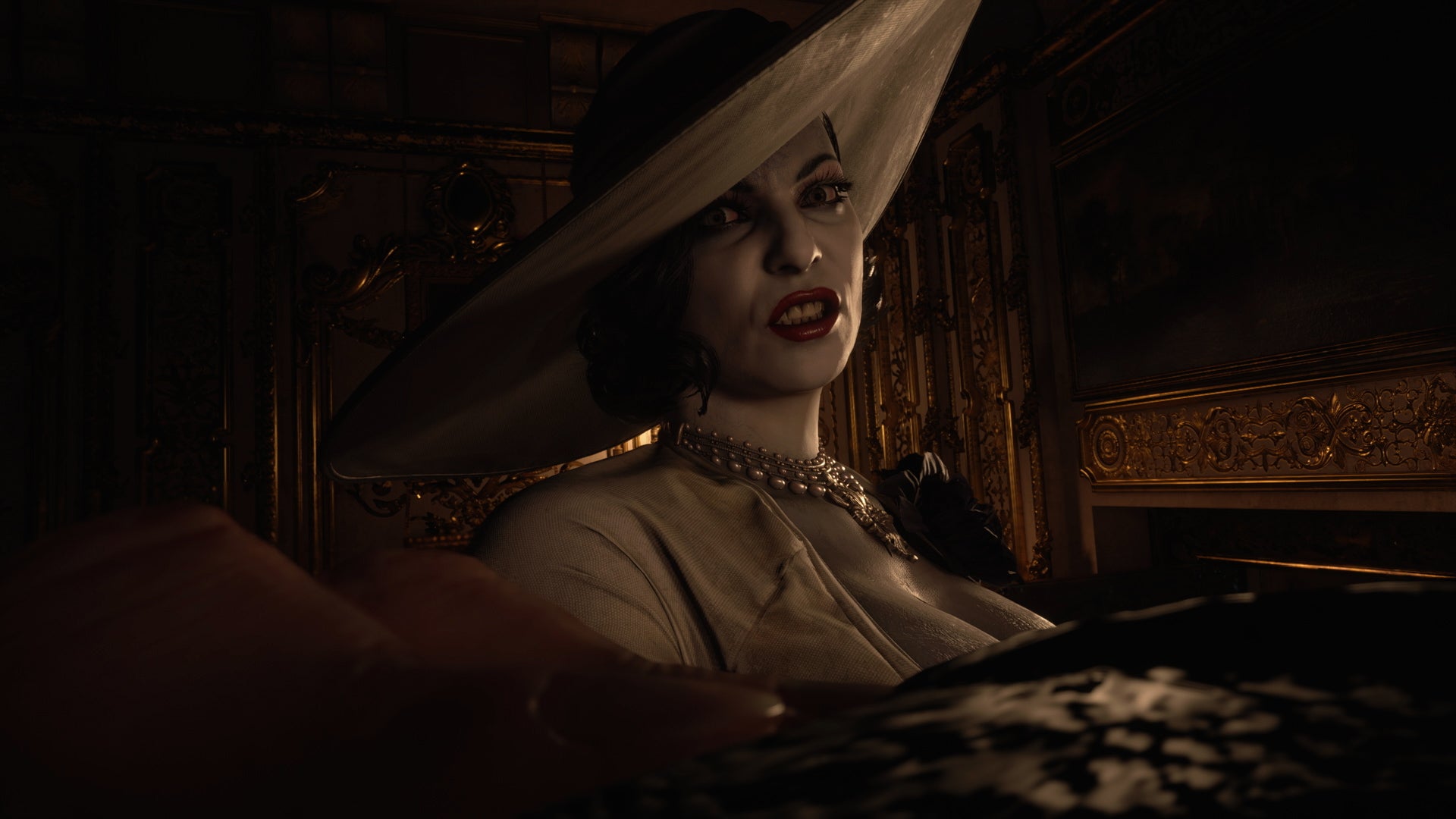 Much like Resident Evil 7’s Jack Baker or Mr X in the RE2 Remake, Lady Dimitrescu is an unstoppable force that will hound you all through the castle. Thankfully we’ve got a few tips on how to avoid and escape from the evil giantess and her daughters in Resident Evil Village.

Video Guide – How to Hide From Lady Dimitrescu

After you arrive in the castle and first meet the lady and her daughters, only one of the three buzzing vampire girls will chase you through the rooms around the Main Hall. Unlike Lady D, you won’t be able to hear them coming.

The moment you notice insects start buzzing around you, it’s time to run away, since just being near them will slowly drain your health, and shooting them now doesn’t really have any effect – so don’t waste your ammo!

Luckily they don’t move very fast and lose interest after you put a room or two behind you. It’s not until you reach Lady Dimitrescu’s chambers above the courtyard that she’ll begin to hunt you in earnest.

Unlike Jack Baker or Mr. X, your weapons have pretty much no effect on Lady D, and won’t even stun her for a short period. Occasionally she’ll pause to shrug off some bullet casings, but it’s best not to rely on this to slow her down.

She occasionally pauses for a brief moment after extending her claws before performing a lunging swipe attack, but that can deal major damage, so your best use of that time’s gonna be to duck around a corner or otherwise out of her line of sight. If you can’t get out of the way, timing your block might just be the difference between life and death!

Her massive size can be a problem if you take a wrong turn, so always be sure to plan ahead by checking your map to plan an escape route – if you get caught on the balconies above the Main Hall or Opera Hall, for instance, it’s hard to slide past her without taking a lot of damage, so make sure she’s nowhere in sight before exploring narrow dead end hallways.

Since running is always the best option, it’s good to know where to run to if you need a quick breather from her relentless pursuits. Thankfully, there are several areas she’s not fond of going to that you can take advantage of:

When she’s not actively pursuing you, the towering vampire usually patrols the upper and lower Main Hall, as well as the Opera Hall and adjoining rooms, making it difficult to stay hidden for long. Her footsteps don’t echo as much as Mr X does, but she will very boldly announce herself when she spots you – giving you a heads up that it’s time to get moving.

If you’ve got her on your tail but really need to find a way to keep moving while juking her, the best spots are usually the corridors around the Main Hall, the stairways around the Opera House, and the wide open Courtyard – but just be sure to you take out any enemies who appear around here first. Her wide swings leave you with little room to run past her, but you CAN block some of her attacks. Even so, it’s better to take longer side passages or put a barrier between you and hope her claws can’t reach you.

You should also be wary of spending too much time in the Main Hall, as there’s always a chance both Lady D and one of her daughters will ambush you around the same time, which is a tag team you absolutely want no part of. Luckily, her daughters never travel farther from the Main Hall than the Dining Room – preferring to stick to the west side of the castle.

Last Edited: 9 May 2021 10:38 pm Listed below is a complete guide to unlocking all branching routes across the fifteen different courses in...
Read more
Gaming