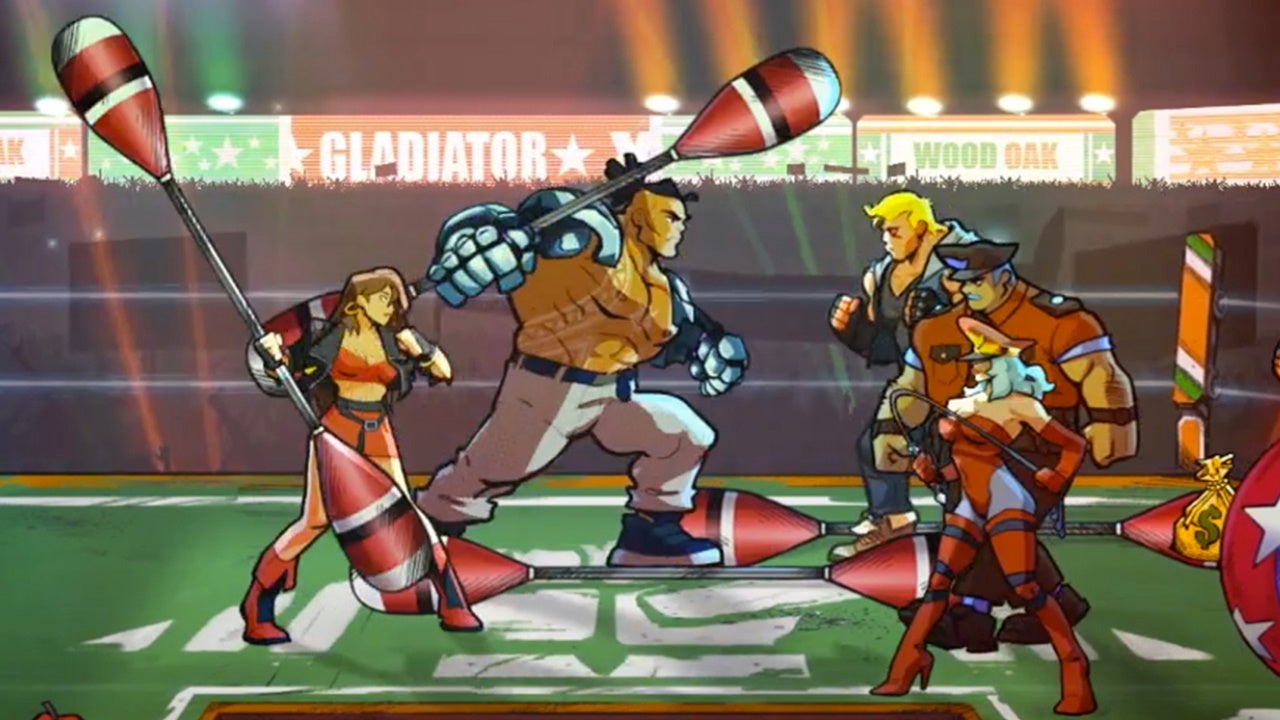 Co-developers Dotemu, Lizardcube, and Guard Crush Games have announced that Streets of Rage 4 is to receive a new game mode, characters, and customisation options across two DLC packages; a paid-for pack and a free update.The paid-for Mr. X Nightmare DLC adds three new playable characters and a survival mode. All three characters have yet to be revealed, but the DLC announcement trailer reveals that Estel Aguirre, who was an enemy character in Street of Rage 4’s campaign, will now be a playable fighter. As for the new survival mode, the developers promise challenges and special tests of skills. As with the DLC characters, an air of mystery has been left over the details, so we’ll have to wait to find out more.This premium DLC pack also includes the ability to customise the fighting style of each character, allowing players to choose new moves. During levels, players will also find new weapons and enemies to contend with.

Have you played Streets of Rage 4?

Dotemu has not announced a release date for either the paid-for DLC or free update, only going as far as to say they will be available later this year.

If Streets of Rage 4 hasn’t caught your eye so far, be sure to check out our review. And if you’re already a fan, check out how to unlock every retro level.

The Last of Us Remake Reportedly in Development, and Days Gone 2 Pitch Rejected – IGN

Oddworld: Soulstorm – Here’s What Comes in Each Edition – IGN

Most games have simple, single-day release dates, but Oddworld: Soulstorm is getting a staggered rollout. It's set to release in digital form for...
Read more
Gaming

Save the date(s): IGN is excited to bring you a whole new way to celebrate all of your favorite games, movies and TV...
Read more
Gaming

The Last of Us developer Naughty Dog is hiring for a multiplayer game that is built for "longevity," job listings have revealed.A position...
Read more