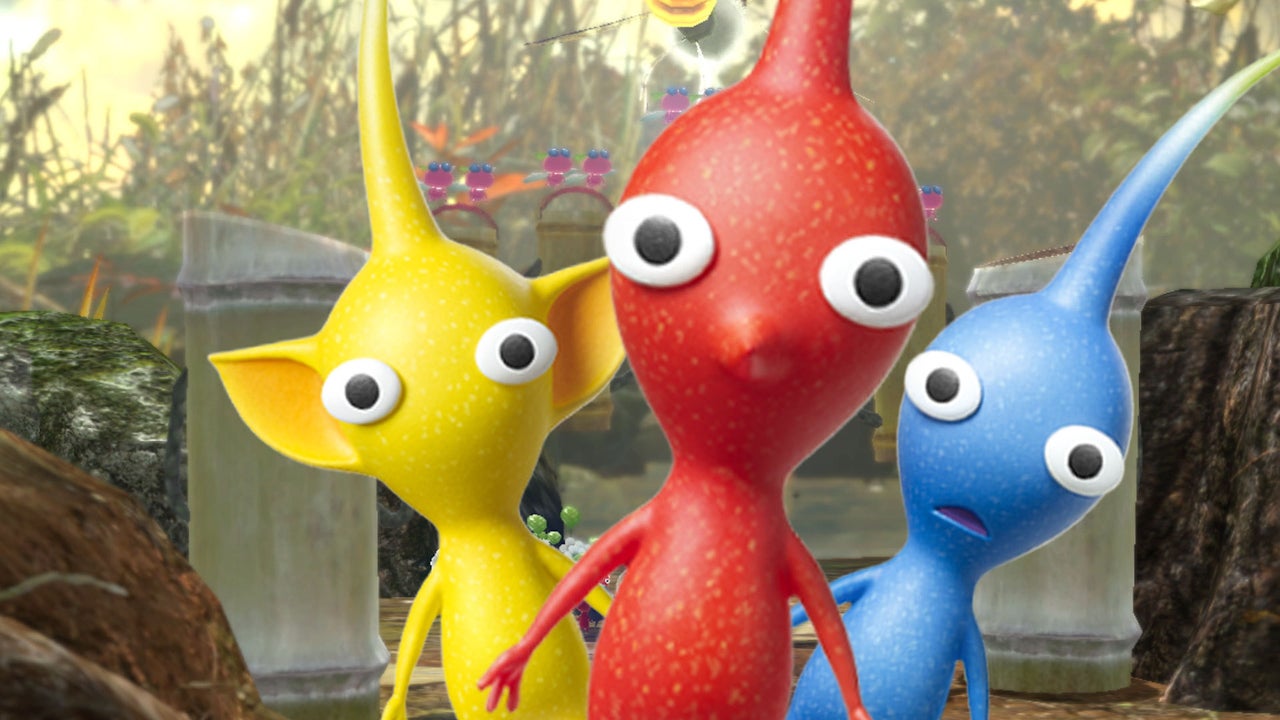 Last week, Nintendo and Niantic revealed that they had partnered once again to release a Pikmin Augmented Reality game similar to Pokémon Go, with the goal being “to make walking more delightful.”Niantic has begun testing its Nintendo-partnered Pikmin Augmented Reality app in Singapore and, via an anonymous source, IGN has seen the early version of the game, currently simply titled ‘Pikmin App’, and read through its help centre section for a rundown of the game.

As a result, we can reveal some details about how it will work when it launches worldwide. Of course, with the game in testing, some features could change before the final version). Two features that will almost certainly change from this version are a lack of any microtransactions, and Points of Interest (similar to Pokémon Go’s Pokestops) being currently non-interactable.

Pikmin are first seen as dormant seedlings that you must find, pluck and grow by walking around the real world with your smartphone. Walking accumulates energy which you can use to pluck and collect the Pikmin, adding them to your squad (and you can manually rename Pikmin too). Places of Interest in the Pikmin App may well be based on Ingress’ Portals and not Pokémon Go’s Pokestops.Once Pikmin have grown, they can be added to a Squad (not unlike Pokémon Go’s parties). Once you’ve got a Pikmin squad, if you walk with them they will accumulate fruits that can be turned into Nectar. Just like the mainline Pikmin games, Pikmin who partake in the nectar will bloom leaves, buds, and flowers, and when the flowers glow, players can collect petals by tapping the bloomed Pikmin. Petals are used for the Flower Planting mode, described below.

Different Pikmin offer different coloured petals, and petals have a recovery period before you can collect them again. Collected Pikmin also have life meters, represented by small hearts.

There are a number of modes in the Pikmin app. Expedition mode allows players to send their collected Pikmin to locations that they have previously visited in the app to collect seedlings, fruit and postcards. Postcards will depict Pikmin on their adventures framed against a picture of a real-world location submitted by Pokémon Go and Ingress users. Players will be able to report and remove inappropriate postcards.

A Flower Planting mode is also available, which will leave a trail of flowers behind the player as they walk. Players will need Flower Petals from their Nectar-bloomed Pikmin to partake in this mode, which will make Seedlings easier to find and improve Pikmin growth speed.

Lifelog is a seciton of the app used to catalog your journeys in the game. Players will be able to see their stats and record activities, photos and thoughts in a journal reflecting on their adventures. Your Lifelog entries will include steps walked, flowers planted, places visited, photos captured, and any written entries you add. You’ll also be able to see an animated summary of your progress in the app over the past day, with chances to earn more items in this mode if you’ve gone on some long walks.

The game’s help centre reveals the species of Pikmin in the game, each of which will have different characteristics (although those differences aren’t described in detail here). The Pikmin species will include:

There’s also a sub-category, Decor Pikmin. Decor Pikmin can be found in Big Seedlings, and regular Pikmin can transform into them after being interacted with. Decor Pikmin will wear special clothing reflective of the place in which you found them. It’s not clear if they offer other benefits, or if they act as the Pikmin app’s take on Shiny Pokémon.

The Pikmin app is due to launch globally later this year, and we’d expect it to soft launch in more regions before the full launch. Niantic has also been teasing what seem to be AR glasses.

A damning report about the state of studio culture at Polish developer Techland has revealed a number of issues impacting the creation of...
Read more
Gaming

Call of Duty: Warzone Has Banned Over 500,000 Cheaters Since Launch – IGN

While cheating has been a huge problem in Call of Duty: Warzone, co-developer Raven Software has revealed that it has officially banned over...
Read more
Gaming

Blizzard is launching (well, re-launching, in a sense) its Burning Crusade expansion for World of Warcraft Classic later this year, and it wants...
Read more