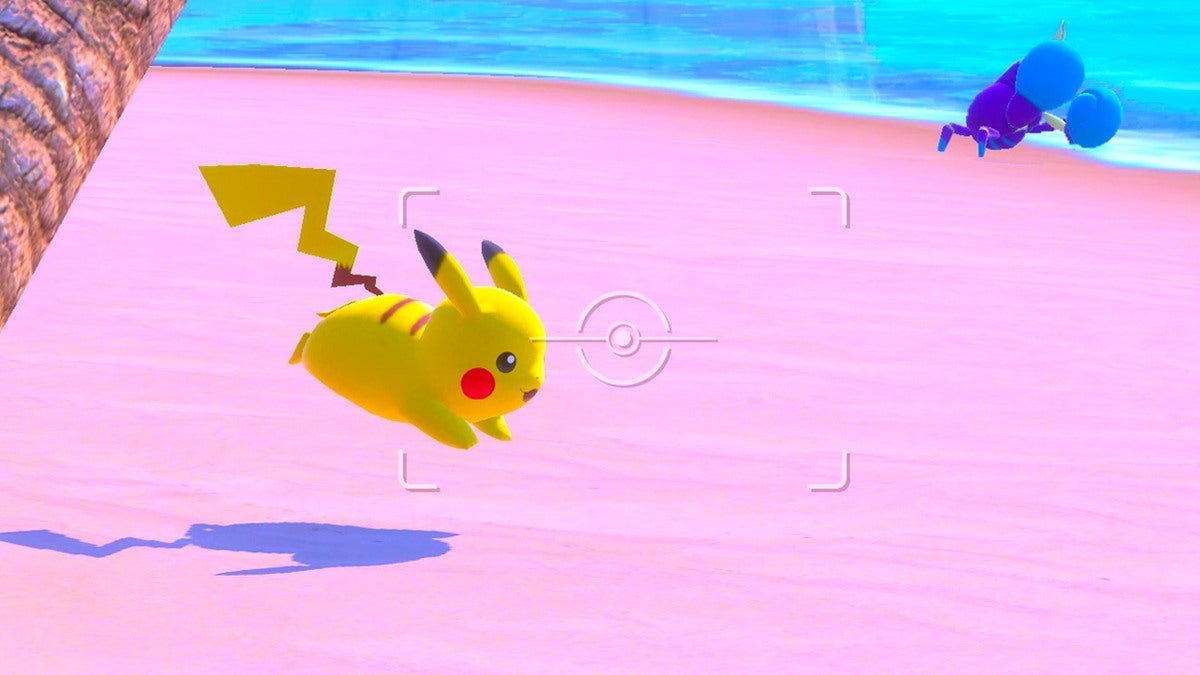 In 1999, my next-door neighbor got Pokémon Snap for his Nintendo 64 and invited me over to play. Before then, I had only ever known Pokémon as static, pixelated images on a Game Boy screen that could be captured and used to train and fight.

Then, moments after I was dropped onto a tropical beach, a Doduo burst out of the bushes to my left with a mocking squawk as it ran to the water. A Pikachu cheerfully considered a thrown apple. In the distance, Lapras serenely arose from the waves. And my entire view of the Pokémon world was transformed.

New Pokémon Snap arrives over two decades after its immediate predecessor and has those many years’ worth of thoughts, feelings, and visions of the Pokémon world to reckon with — plus, like, almost 800 more Pokémon. Since its predecessor, the mainline games have moved solidly into 3D and we now see wild Pokémon roaming open fields as a matter of course. We’ve also watched them co-exist with humans in fanciful ideas of a true Pokémon world in Detective Pikachu and other media, and even snapped our own goofy AR interactions with Pokémon through Pokémon Go. So surely, by this time, the magic of seeing Pokémon living their lives in a more natural, lifelike setting has worn off, right?

Having seen a 30-minute virtual, hands-off preview of New Pokémon Snap, I can say firmly: no, oh my God no, seeing Pokémon in the wild is still really cool.

My tour of New Pokémon Snap took me through its beach level twice — first during the day, and then again at night, when different Pokémon appear. It is in many ways a clear homage to the similar opening biome of the original. Crabrawlers laze about near the water, Exeggutors lumber along among palm trees, and Bellossoms lurk in tropical foliage, easily lured out with a Fluffruit or a bit of music. I saw returning faces too, like a cheerful Pikachu trotting across the sand and a dreamy Lapras in the distance.

New Pokémon Snap knows the joy I once felt at seeing these fantastic, funny monsters in their natural habitats, and wants to make sure I feel that way again.

Despite having seen the same level at two different times a day, it seems like I haven’t even scratched the surface of what’s in it. For one thing, the beach had a branching path midway through that I wasn’t allowed to see an entire side of, and I’m sure there were Pokémon lurking in the water or bushes that we didn’t get around to luring out. And there are curious secrets dotted about, too, like mysterious Crystabloom flowers that seem to hold some interest for wild Pokémon.

New Pokémon Snap seems to know well the joy I once felt at seeing these fantastic, funny monsters in their natural habitats in its predecessor, and is prepared to go all-out to make sure I feel that way again. Much of its gameplay revolves around trying to elicit interesting reactions from the Pokémon you can encounter, all the better to snap exciting photos.

That means not only tossing out your arsenal of tools — such as the aforementioned music and Fluffruit or Illumina Orbs, which will light up Pokémon — pell-mell. It also means searching for ways to lure Pokémon into clever situations or interactions, such as when the presenter awoke a Sandyghast from slumber and startled a nearby Octillary. Or when the presenter used the new Scan feature (which details Pokémon names and genders as well as identifies other interesting environmental objects) to attract the attention of a Corsola and a Pukumuku, causing them both to cheer and wave excitedly as we passed by. Or when I learned through visual aid exactly how a completely flat Stunfisk apparently consumes large pieces of food thrown directly atop its body.

Every Pokémon interaction I saw — and there were quite a few in this short stretch of a single level — was simply stuffed with personality, and so many evoked genuine laughter or cheers from me when I saw them react in a surprising, cute, or ridiculous way to whatever stimuli were thrown out. I’m re-watching the footage now, even, puzzling over the different things I want to try to encourage new responses.

While I feel that all of these Pokémon being delightful could be an end in and of itself, it’s not of course. The goal is to take photos, then submit them to Professor Mirror to aid his research. Points are awarded for the Pokémon’s pose, size, the direction they’re facing, their placement in the photo, the background, and whether or not there are other Pokémon around. Your goal is to eventually fill out a Photodex of every Pokémon in the Lental region, including up to four possible actions each individual Pokémon can be found doing. These actions are graded according to how challenging it is to entice the Pokémon to do it — effectively adding an extra level of challenge and puzzle beyond just seeking out every Pokémon you can find.

You can put dumb-looking hats and bow-ties on Machamps. People will surely use this power responsibly.

Following Mirror’s grading, you can go back to previously-taken photos and edit them using the Re-Snap feature before sharing them with friends. This includes zooming in and out and adjusting the photo in case you want a better angle on a cute Pokemon pose, applying filters, stickers, and other effects. This system appears decently robust if still (perhaps wisely) limited to keep people from drawing or writing heinous things on top of Pokémon. I cannot wait to see what ridiculous snaps people flood social media with on launch day. You can put dumb-looking hats and bow-ties on Machamps. People will surely use this power responsibly.

Having loved the first Pokémon Snap, New Pokémon Snap is immediately an easy sell for the same reasons the original was: Pokémon are still cute, and taking photos of them is still an original and exciting way to interact with them. But there’s a specific care clearly being taken here by Bandai Namco to present the Pokémon in its photo safari as real, personable, lovable, and alive. I’m very optimistic that this consideration will bear out in New Pokémon Snap’s other levels, and can’t wait to start flinging Fluffruit in every nook and cranny myself, just to see what surprising friends pop out to say hi.

Nintendo President Shuntaro Furukawa has warned that, while the company has been able to secure materials for the "immediate production of semiconductors" needed...
Read more