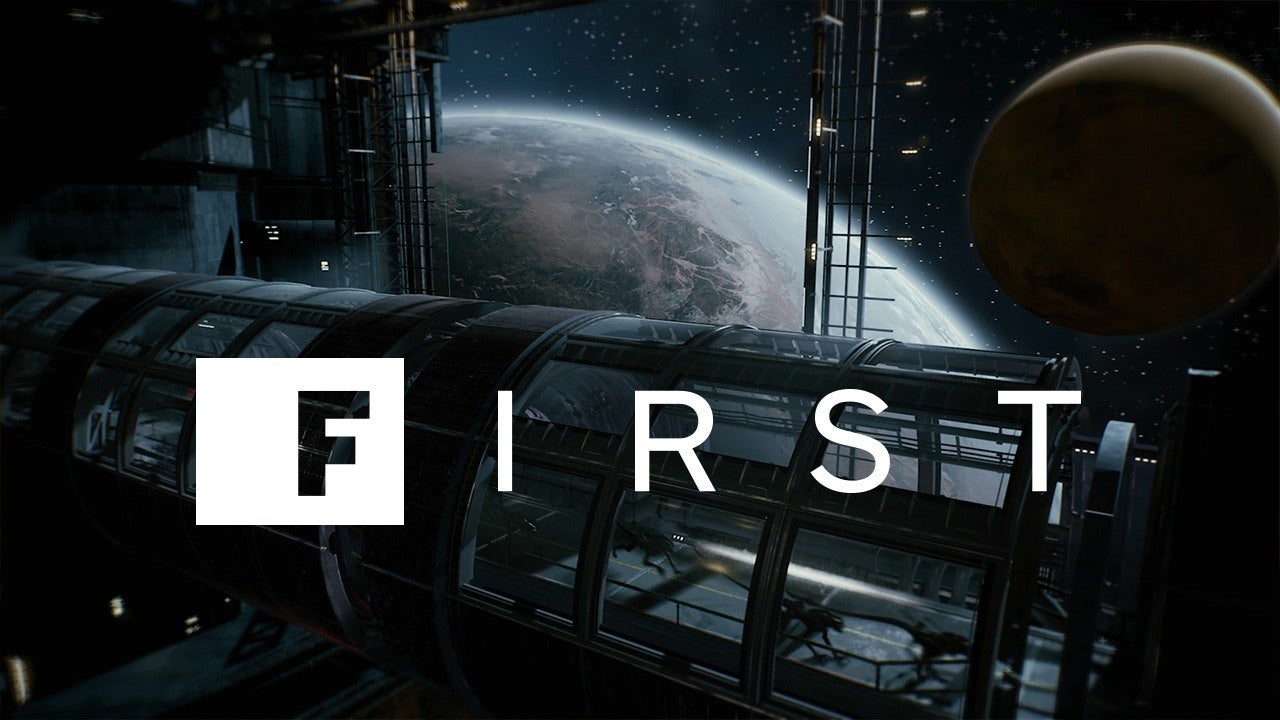 At a glance, Aliens: Fireteam might seem like another video game about running around shooting Xenomorphs with a pulse rifle, but the team at Cold Iron Studios has been hard at work breaking new ground in Aliens canon and giving the co-op survival shooter a solid foundation in that universe. If you’re more interested in seeing what it’s like to run around and shoot Xenomorphs with a pulse rifle, you can check out 20 minutes of full-mission gameplay below. However, if you’re interested in lore, and how Aliens: Fireteam’s story intersects with the rest of the series, IGN spoke to Cold Iron’s head of studio Craig Zinkievich, as well as creative director Matt Highison and narrative designer Christ L’Etoile.

“Aliens: Fireteam is a cooperative shooter, but it’s here to tell a new story too, and there’s a cohesive narrative spread across its campaigns,” Zinkievich explained. “Colonization has exploded, there’s a lot of new developments, your battalion is sent out to patrol the lawless frontier that exists out there. On the way, your ship picks up a distress call from LV-895.” You can probably guess what happens next. We’ll give you a hint: it involves Xenomorphs and pulse rifles.

But let’s back up a second. Aliens: Fireteam takes place in the year 2202, 23 years after the events of Aliens and Alien3. Narrative designer Chris L’Etoile gave us a crash course in future history: “one of the major events in our backstory is the passing of the Colonial Protection Act in 2187. That is a government reaction to what the companies were doing in the outer rim in the frontier, basically saying, ‘[Corporations] have been running roughshod over everything out there, causing a lot of people misery, we’re going to take a more active hand in this.’” You, the player, will be one of the Colonial Marines enlisting for this cause.

Have you seen Alien?

“It is a co-op survival shooter, but it’s pretty heavily bent towards RPG,” Zinkievich tells us. “That’s where a lot of Cold Iron’s team comes from – you’re not playing a preset person, we’re trying to make it so you can inhabit the world yourself.”

It is a co-op survival shooter, but it’s pretty heavily bent towards RPG.

In space, no one can enforce your dress code, so expect plenty of customization. “You’ll be able to wear your cowboy hat, or your classic colonial marine helmet, or awesome synth sunglasses,” Highison tells us. “In Aliens, there are about a dozen guns that are shown. We have about 30 guns in our game, and now 70 or 80 mods and attachments to customize those guns. We’ve been given the opportunity to expand upon what we’ve seen in the films, and when we started looking at that, we realized we needed to have multiple manufacturers for the guns and the gear in there.”

In addition to Armat Battle Systems and Weyland-Yutani, who supply much of the arsenal seen in James Cameron’s film, there’s also Hyperdyne Systems, the company responsible for creating Ash and Bishop. “In our timeline, they have a weapons manufacturing arm that provides guns to whoever’s going to buy it – including colonists, corporations, and the UACM definitely buys their stuff because it’s a little more experimental – and as a game, it lets us branch out a little from what was seen in Aliens.”

The granular details of who makes which weapon loops back into the larger narrative, as each company has its allegiances; Armat Battle Systems is the primary supplier of the United Americas, Weyland-Yutani is in cahoots with the Anglo-Japanese Three World Empire. Meanwhile, Hyperdyne is more popular with a third faction: The Union of Progressive Peoples. It’s unclear quite what their role will be, but if you’re familiar with William Gibson’s unproduced script for Alien3 (or the graphic novel or radio drama it’s been turned into) that name should ring a bell. They’re a faction of space socialists who reject corporate interests. The plot of Gibson’s Alien3 isn’t canon (and likely never will be), but it’s full of interesting ideas and it’s exciting to hear that Fireteam might explore them further. After all, if we learned one valuable lesson from Alien, it’s that salvaging what you can from abandoned derelict stuff is always a safe bet.

The plot of Gibson’s Alien3 isn’t canon (and likely never will be), but it’s full of interesting ideas and it’s exciting to hear that Fireteam might explore them further.

If you’re after some fresh and officially canon Aliens lore, that universe is currently growing faster an unidentified lifeform in a human chest cavity. On top of the upcoming Marvel Comics title, Aliens: Fireteam will be getting an official prequel novel, Aliens: Infiltrator. Set on a Weyland-Yutani facility where scientists are testing Xenomorph bio-materials on living creatures, and a new shipment of eggs is expected to arrive. It’s pretty safe to assume this will not go smoothly, since… it’s immediately followed by a survival-shooter video game.

A prevailing theme throughout the series is no matter how bad the Aliens might seem, the humans turn out to be even worse. “In the future of the timeline, it has just gotten to critical mass. It’s widely known that Weyland-Yutani is the bad guy,” Zinkievich tells us. “It’s pretty easy for us to start right off the bat with everyone knowing if Weyland-Yutani is involved, something bad is happening here.” While yes, you will get to shoot Xenomorphs with a pulse rifle, that’s not the only enemy type. Zinkievich continues: “There are over 20 different enemy types, all with different AIs and behaviors. A bunch of different xenomorphs, but you will be fighting synthetics as well – you go up against Weyland-Yutani militia security forces, and they’re using synths as their main fighting force, at least where you encounter them in the frontier.”

While the Colonial Marines in-universe might’ve signed up to fight corporate militia androids, we’re obviously here to shoot Xenomorphs with a pulse rifle. We’ve already seen some familiar bugs from the films, but L’etoile gives us an idea of what else in store: “The Xenomorphs have a particular life-cycle which has been fairly well articulated in various media and background materials available – you will see some unique things in our games.”

You will be fighting synthetics as well – you go up against Weyland-Yutani militia security forces, and they’re using synths as their main fighting force, at least where you encounter them in the frontier.

The Xenomorph is a very adaptable organism within the Aliens universe, and the same is true as a game mechanic. Zinkievich elaborated: “We got to poring over all the other extended universe things… the toys, the comics, the novels… and kind of picked and chose which would be an amazing creature to fight. Or, if we needed a game mechanic, is there a creature someplace we could use, or do we have to make something new?”

The Xenomorphs’ DNA reflex causes its adult form to take on attributes of the host organism it’s birthed from; the bipedal Aliens come from humans, whereas the fast, quadruped one in Alien3 came from a dog (or an ox, depending which cut of the film you watch) and L’Etoile hints that Fireteam’s menagerie of enemies will explore this further: “Some of the Xenos in our game, you’ll see have abilities that haven’t been seen elsewhere because they’re from lifeforms local to the star-system that the game takes place in.”

As any Aliens fan who grew up in the ‘90s can attest, this was explored by the bat-s*** insane (sometimes somewhat literally) designs of the Kenner action figures. We asked if any of those beloved childhood monstrosities would rear their ugly heads. “There’s definitely stuff we pulled from, things we updated or that we’ve been inspired by,” Zinkievich informed us. “Mostly, those toys prove the strength of the IP. You can go pretty far outside of what was seen in Alien and still have it fit in Aliens canon as a whole.”

By the time Fireteam takes place, all the characters you remember from the original trilogy are long dead, and it’ll be a few hundred years before anyone decides to clone Ripley..

Despite its namesake literally meaning something foreign and unknown, the Aliens franchise has a tendency to focus on the familiar and recognizable, be they characters or locations. By the time Fireteam takes place, all the characters you remember from the original trilogy are long dead, and it’ll be a few hundred years before anyone decides to clone Ripley so she can shoot hoops with Ron Perlman, so you’ll be making some new friends. As for locations? “It’s not a tourism game. We’re going to brand new places, all of them harken back and refer back to iconic sets and iconic things, but we’re not going to the same locations that you’ve seen in the movie.” At the very least, it doesn’t sound like the folks at Cold Iron plan to send us to do laps around LV-426 before revealing that Corporal Hicks was still alive the whole time.

As divisive as they might be among fans, Ridley Scott’s recent additions to the Alien universe are also part of the canon: “There are themes, there are things that happen in Prometheus and Alien Covenant that do show up in the game as well,” Zinkievich tells us. “I think we’re planning on talking about those later, but we are pulling Prometheus and Covenant into the future of the timeline.” Maybe we’ll run into some relics from the Engineers, or zap some Neomorphs or Deacons in addition to Xenomorphs, just don’t expect an android who looks like Michael Fassbender to show up and give flute lessons with a rhythm-based minigame. (No, seriously, we asked.)

It’s rude and unprofessional to ask about celebrity breakups in interviews, but after Alien and Predator’s heavily-publicized on-and-off relationship throughout the 90s and early 00s, we had to ask: any chance everyone’s favorite invisible fishnetted sandal-wearing big-game hunter would make an appearance in Aliens: Fireteam? “It’s an Aliens game,” Zinkievich assures us. I guess we’ll have to settle for making Alien and Predator settle their differences with Fortnite dance-offs.

It’s been a cool minute since we got an Aliens game, and while there’s still plenty to be seen of Aliens: Fireteam, but the team at Cold Iron Studios seems extremely passionate about and invested in expanding this universe. At the absolute very least, Aliens: Fireteam is another chance to run around and shoot Xenomorphs with a pulse rifle, which you can now do with two friends while wearing a cowboy hat.
Max Scoville is an Alien superfan and IGN host who is currently on paternity leave. In space, no one can hear you tweet him at @MaxScoville.

Tiny Tina’s Wonderlands: Here’s What Comes in Each Edition – IGN

Here's one for fans of looter shooters. Tiny Tina's Wonderlands is set to release for PS5, PS4, Xbox Series X|S, Xbox One, and...
Read more
Gaming

Google services appear to be coming back online. Currently, IGN's able to access Gmail, Google Drive, YouTube, and Pokemon Go.Google has not yet...
Read more