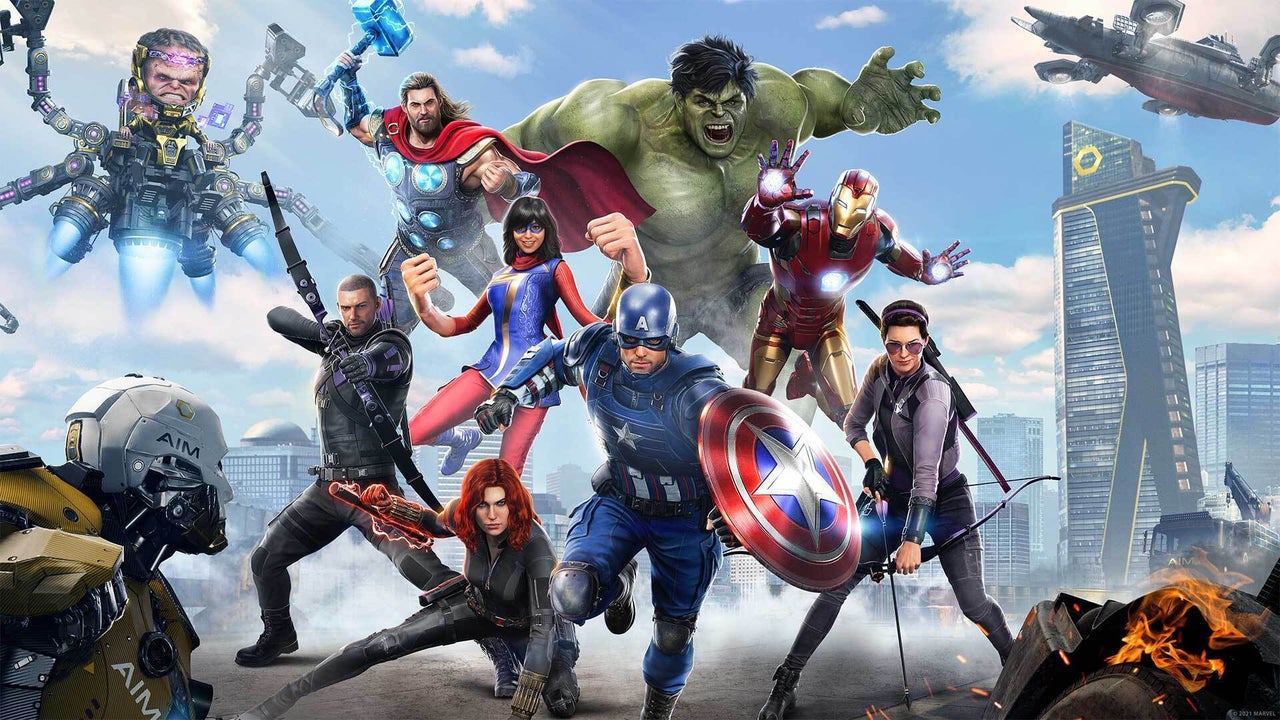 Below is the roadmap image, and under that is everything we learned about the future of Marvel’s Avengers.

The Tachyon Anomaly event will temporarily remove the restrictions preventing more than one of the same hero to be on each team. This will apply to all mission types (except the newly replayable campaign) and allows for any combination of heroes to team up, whether that be one of each Avenger as is currently allowed, or four Hulks if that’s what you desire.

In fact, this event will encourage you to match with more than one of the same hero, offering daily and weekly rewards for completing objectives. A brand new Tachyon Rift mission will also be introduced, taking place in the game’s Eastern Seaboard location. No exact date has been placed on this event but will be coming this Spring.

Also coming this Spring is the Red Room Takeover, which will launch around the same time as the Black Widow movie, but won’t directly tie-in with the MCU movie. Black Widow’s age-old adversary Yelena Belova has placed surveillance chips inside of Aimbots, and it’s your job to retrieve them, find the source of this hack and “settle an old score”.

Later on in the event the Red Room will activate, meaning Yelena has infiltrated the helicarrier’s H.A.R.M room and created a challenging trap that Widow and the team must escape from. Multiple versions of this challenge will be available throughout the event. Each hero will also have quests to complete in order to earn cosmetics such as Red Room inspired nameplates.

The Cosmic Cube is a new villain sector coming this Summer. Newly-titled AIM Scientist Supreme Monica Rappaccini is at the core of this mission, which takes place after the events of the Hawkeye Future Imperfect storyline.

Players will go to the frozen tundra to uncover an AIM secret lab where Monica is creating a Cosmic Cube. The villain fight against Rappaccini is promised to be “a totally new experience” involving a techno-advanced clone army of herself.

Patrol is a brand new game mode that will first be introduced to the Wasteland area released in the Hawkeye update. It’s designed as “one large overland map where players can move from one area to the next”. Enemies and activities will continuously spawn across the map without a single set objective like other mission types, allowing freedom for the player to engage with what they like doing in the area.

Currently in development but with no set release date, Omega Level Threat missions are specifically designed for multiplayer and require a “well-coordinated team to succeed”. The first of these missions is titled “Resolution” and is based on the last mission of the Kate Bishop story chain. It involves fighting the recently introduced Super Adaptoid enemy and offers custom glowing green gear for each hero based on this enemy type.

Cloning Labs is the 2nd Omega Level Threat mission (after originally being something planned to drop just weeks after Marvel Avengers’ release). It is 4-player only and the longest mission in the game. In the last encounter, based on the player’s skill level, up to 4 Abomination clones can spawn to really put you to the test.

War for Wakanda Expansion (Later in 2021)

Black Panther is joining the Marvel’s Avengers roster of heroes later this year. His introduction in the War for Wakanda expansion will include a Wakandan Jungle biome to explore, new villains including Ulysses Klaue or “Klaw”, plus a new outpost, new hero outfits and an increase to the power level cap.

A much fan-requested addition, Marvel Cinematic Universe inspired outfits are on their way to Avengers, though no timescale or details on how these will be acquired have been given as of yet.

The team at Crystal Dynamics are hoping this signals a corner being turned for Marvel’s Avengers, following a slower than scheduled start to the game’s lifecycle. Studio Head Scot Amos states that they are aiming to “be transparent” and “deliver at high quality when it’s ready”. The reveal of a clear roadmap with content for fans to look forward to is a good first step in this direction.

Today sees the release of the game’s second new hero, Hawkeye, alongside the Future Imperfect campaign, and next-gen versions of the game. We also learned that the game isn’t going free-to-play anytime soon, and that the PlayStation-exclusive Spider-Man hero won’t be coming until Summer 2021 at the very earliest.

Cyberpunk 2077 is getting its first hotfix patch less than 48 hours after an aggressively buggy launch. CD Projekt Red says the update...
Read more