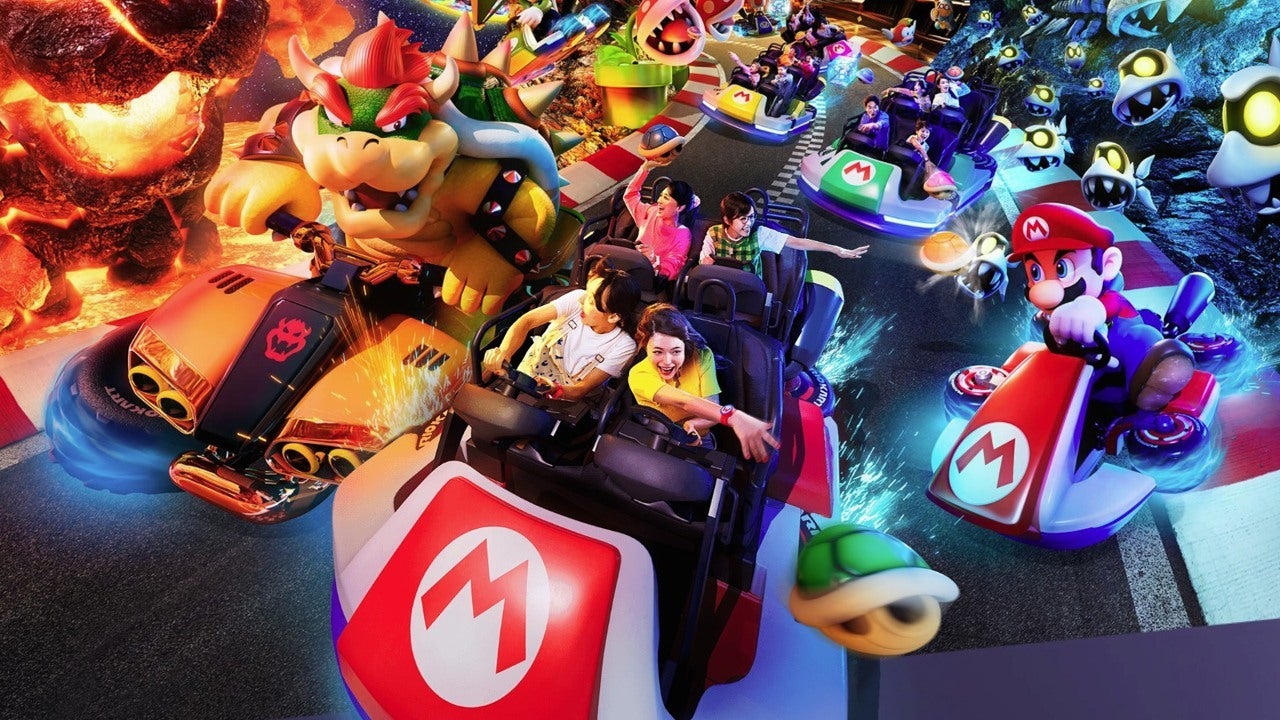 Super Nintendo World is a theme park land celebrating video games, so it’s probably not too much of a surprise that its designers recreated the entire park in VR, and created its centrepiece Mario Kart: Koopa’s Challenge ride as a playable, virtual attaction inside a game engine. But it is still very cool.Speaking during a press conference about the opening of Super Nintendo World Osaka today, Universal Creative executives were asked how the new park uses technology to take theme park design into a new age.After they discussed more generally how technology could let the park evolve, global executive producer Tom Geraghty added a juicy detail: “We used the technology, also, in the design process. We built the entire land in VR and the design team could look around at a place and get sightlines and figure out where to move elements.

“Mario Kart was built in a game engine, so while [senior vice president Thierry Coup] was back in the States he could actually drive Mario Kart in a game engine, and give us notes in Japan.”Given Universal and Nintendo want you to visit their parks sometime, I very much doubt we’ll be getting a public release of that game version anytime soon – but it turns out it has other benefits beyond just being fun for its designers.

Coup added that the game engine design means the ride can evolve over time more easily: “Because it’s in a game engine, we can keep updating, upgrading, putting new characters [in], changing themes, changing actions on the fly. So if there’s a special event, anything we want to release can be done overnight if we really wanted to. That makes it so much more flexible – it freshens up the experience. Every time you come back you could experience something new and exciting.”

That’s primarily possible because, while Mario Kart: Koopa’s Challenge is a traditional track-based ride, it uses augmented reality along the way to conjure up enemies and scenery. These are presumably what could be upgraded or remixed on separate days.

Super Nintendo World opens today in Osaka, Japan, with versions of the same park coming to Universal Studios Hollywood, Universal Studios Singapore and Epic Universe in Orlando (but that last one might not open until 2025).

After its release more than twenty years ago, the PlayStation 2 remains a staunch favorite of many RPG lovers today, and with good...
Read more
Gaming

Fortnite’s New LTM Is Basically Among Us – IGN

Epic Games has added a new limited-time mode to Fortnite and it's basically Among Us.This LTM is called The Spy Within and features...
Read more
Gaming