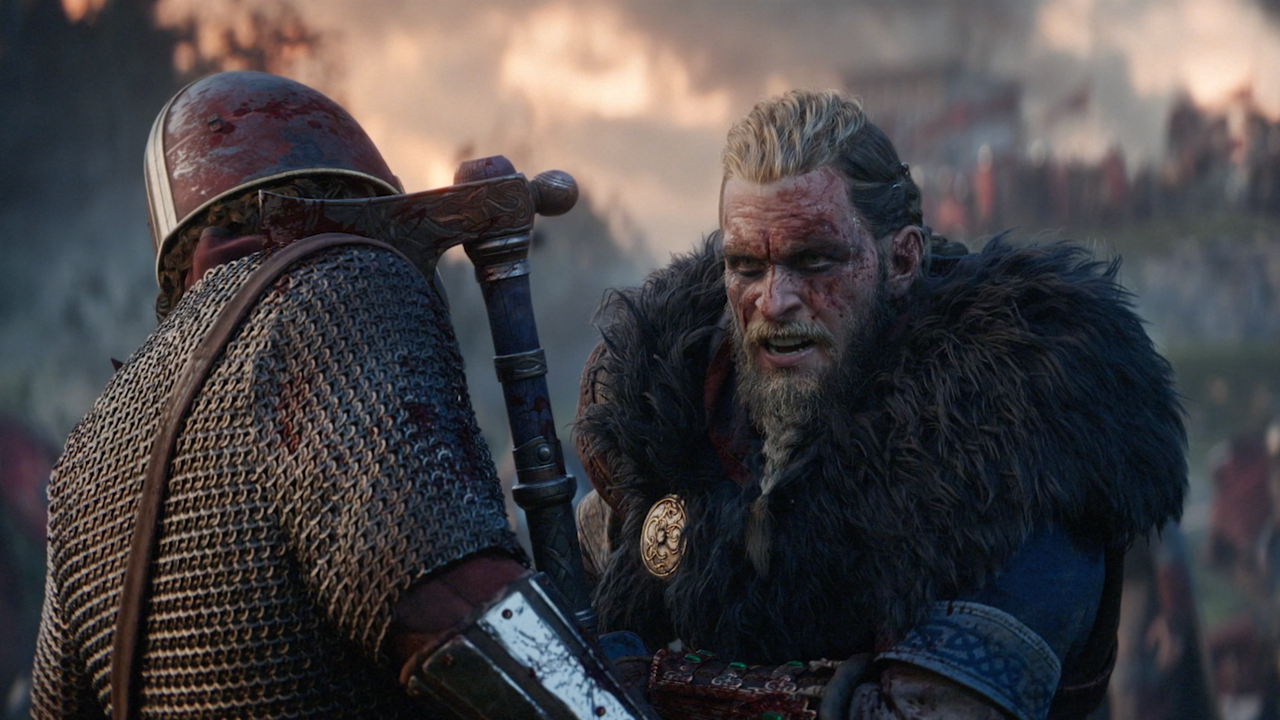 Ubisoft has added a much-requested item transmog feature to Assassin’s Creed Valhalla, but fans aren’t happy with its implementation.
Assassin’s Creed Valhalla’s Title Update 1.2.0 launched across Xbox Series, PlayStation 5, PC and Google Stadia on March 16. The patch brought new skills, The Ostara Festival and transmogrification, which allows players to change the appearance of their gear but keep the stats beneath, in order to create custom outfits (it’s a lot like using a glamour in an MMO if you’re familiar).

Players want to equip the best gear for their build, but this may come at a compromise of your in-game fashion. Fans have been requesting this feature – which has been present in previous AC games – for a while, but the way Ubisoft has implemented it in Valhalla hasn’t gone down too well.In Assassin’s Creed Odyssey, you could transmog your gear for free, and directly from the inventory menu. In Valhalla, however, you’re going to need to pay 50 Silver a pop, which you’ll have to hand over to Gunnar in Ravensthorpe for every piece you want to aesthetically alter.

Silver is fairly easy to come by in Valhalla early on, but if you want to alter a lot of gear, you may need to sell items or gamble in minigames. In this Reddit thread, players have pointed out that after looting and raiding everywhere, Silver can be tough to accrue: “50 silver is not small on this game, making money is such a struggle after you raid and loot everything,” Rick_The_Mullet_Man said.

“Transmog was free in Oddysey. No reason for it to cost 50 silver each time here,” adds EmboarIsland. “I know it’s a small amount, but the fact I have to consciously think about how much/often I use the feature is quite ridiculous IMO.”

It’s worth noting that you can purchase Silver from the in-game store in Valhalla for real money, something that hasn’t gone unnoticed among the community: “The only reason they’re doing this is because they want more people to buy silver with real money from the helix store. Disgusting,” writes everadvancingThe community is pointing out that Assassin’s Creed Odyssey and Origins both use a more convenient form of the feature, as does Immortals: Fenyx Rising. It’ll be interesting to see how Ubisoft reacts to the feedback – we’ve contacted the publisher for comment.

In other Assassin’s Creed Valhalla news, a recent update brought River Raids, new abilities and skills to the game. If you’re still playing and trying to take down the Order of the Ancients, here’s our guide to the clues and Templar locations.

Xbox Game Pass is on such a roll that it's landing first-party Sony games now! MLB The Show 21 is a huge get...
Read more
Gaming

May is right around the corner and with that comes the beginning of Asian American and Pacific Islander Heritage Month. Also known as...
Read more