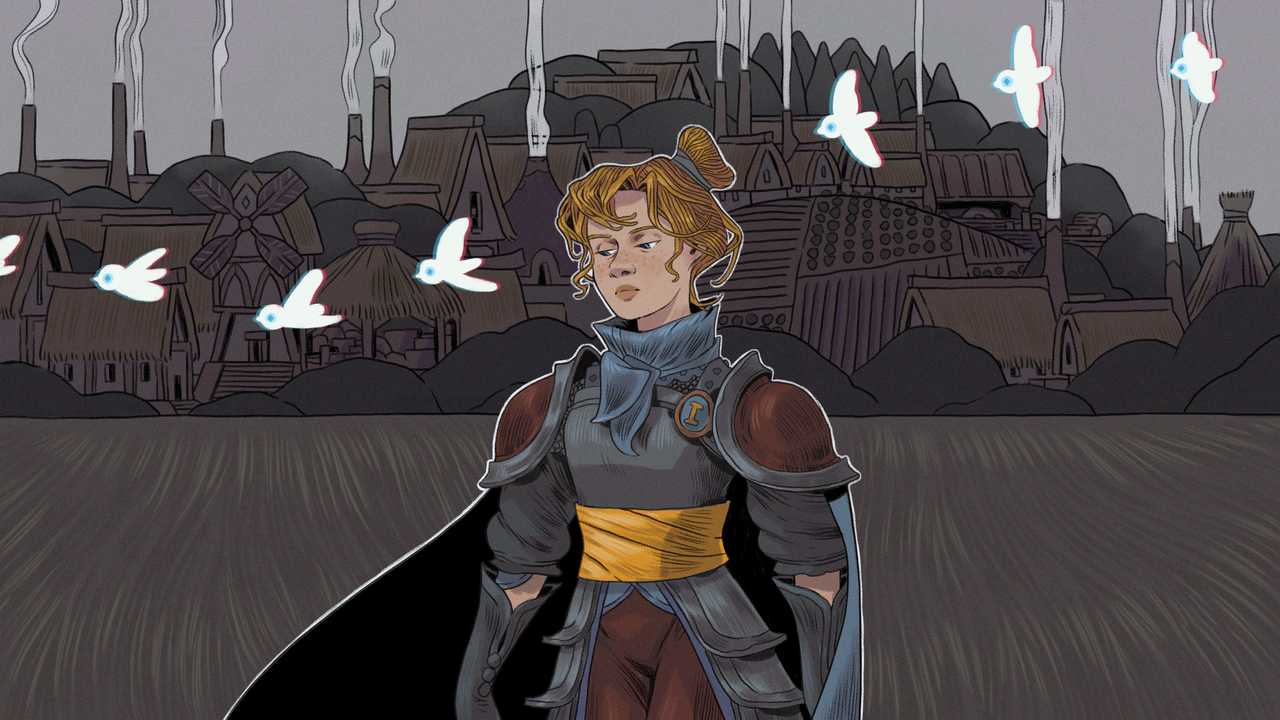 One week ago, a surprising little endless RPG about the end of the world launched on Steam, published by Devolver. Now, only seven days later, Loop Hero has sold half a million copies.Loop Hero puts you in the shoes of a hero awakening in a world entirely destroyed but for an empty, circular path infested with slime enemies. As they set out around the loop, they fight enemies and gain memories of a world back in the form of cards — both equipment and terrain. Placing them brings back remembered elements of the empty world, creating new powers for the hero but also new monsters to fight. Loop Hero ends up being a combination of a rogue-like, a deck-builder, a strategy game, and an RPG as you place cards, change your equipment builds, fight, retreat or die, and return to camp to slowly build up your powers for your next run.

With half a million players now and an average playtime of 12 hours, that makes an estimated 3 trillion hours played and 18 billion loops, at least (at least, according to Devolver. who may be exaggerating that last bit some). Its soundtrack is also the fastest-selling in Devolver history.Developer Four Quarters has released a new set of Steam trading cards to celebrate the milestone, and is currently working on further quality-of-life updates to Loop Hero such as an improved save system, new speed settings, and new rewards from bosses — as well as more content to come down the line including new cards, classes, and transformations.

Have you played Loop Hero?

“When we first encountered Loop Hero it led to a 98% drop in productivity at Devolver,” the publisher said in a statement. “We can’t thank Four Quarters enough for giving us the opportunity to share their incredible game with the rest of the world. They fully deserve all of the praise they’ve received so far, but seriously, we can’t get any work done and may never recover from this.”

The game is out now on Steam, and in our Loop Hero wiki we have a Loop Hero walkthrough to help you survive your journeys around the game’s mysterious, ever-changing path. Want to know more about the breakout success? Check out our video on the *clears throat* “gothic chiptune pixel-art story-driven deck-building roguelite idle RPG”.

Over 150 Photos of Super Nintendo World Food and Merch – IGN

Super Nintendo World is opening to the public in Japan on March 18, but IGN Japan was fortunate enough to get an advanced...
Read more
Gaming

Last Edited: 16 Feb 2021 12:46 pmThis page is part of IGN's Valheim Wiki guide and details everything you need to know about...
Read more
Gaming

Blizzard’s mobile entry into the venerable Diablo series, Diablo Immortal, has just entered closed alpha. The test is limited to Australia only, will...
Read more