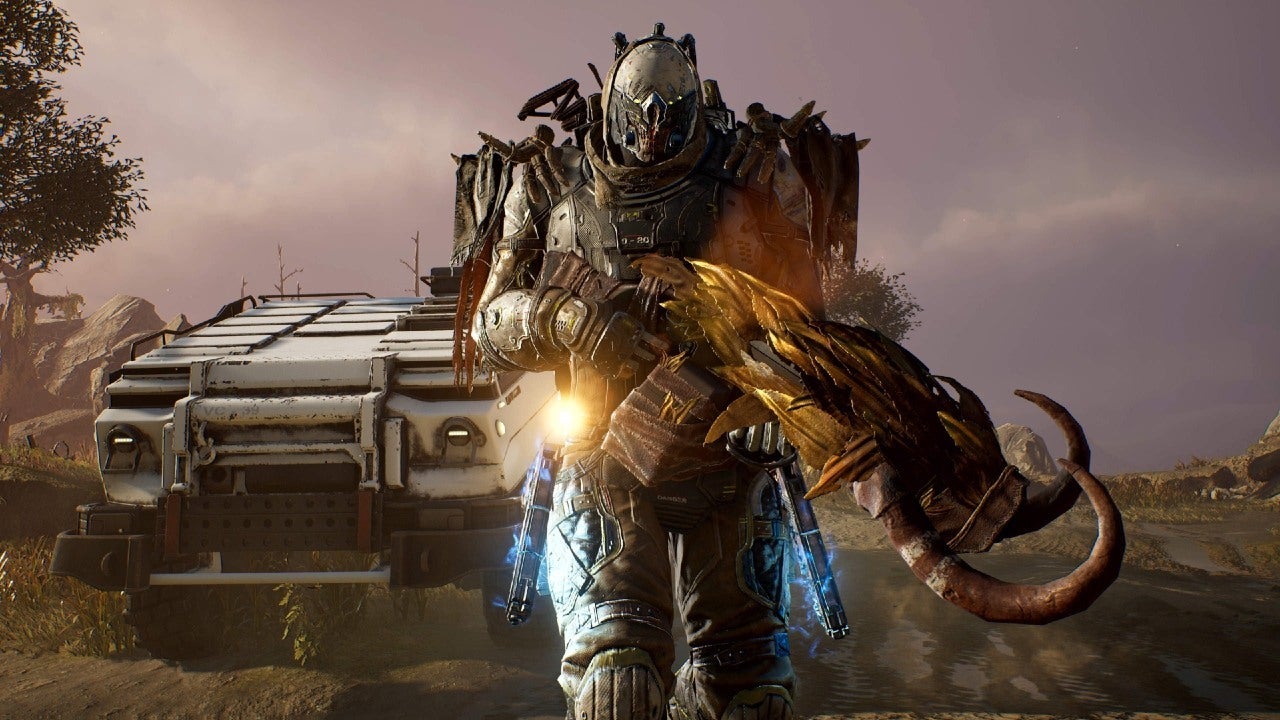 People Can Fly is patching the Outriders demo to address player activity and fix bugs. One major change will make it harder to farm legendary items in the demo after players discovered a ‘loot cave’ amid other unintended exploits.The full patch notes can be found on Reddit, where a Square Enix representative notes that the popular demo has been downloaded by over 2 million players since its launch on February 25.

A backend update is coming later today that will tweak mob health statistics and stop players from farming legendary items with an exploit. This exploit allowed players to load into a mission, loot a trio of chests and repeat. People Can Fly has now made it so that chests will no longer drop legendary loot, and shops and vendors won’t feature epic items either. As an alternative, repeat runs of side quests will now offer a chance to drop legendary loot, to incentivize a more above-board method of farming. The post notes that some of the exploits found were not “within the spirit of the game,” which is why the developers are stepping in.

People Can Fly also warned that those who have already used the demo exploits may see their progression impacted in the main game when it launches next month. “While we have balanced the main game with a certain progression system, this progression may be impacted by heavy farming of gear and/or mods in the demo,” the post reads. “As some players are front-loading a lot of that progression (such as by trying to fill their mod library or acquire multiple Legendaries) within the demo content already, their experience of parts of the main game may well be impacted.”

A patch coming early next week will also add requested features like a Motion Blur toggle and implement loading time and frame rate tweaks, as well as fix several crashes across all platforms. Going forward, People Can Fly is looking at a number of issues to address including camera shake in cut-scenes, items disappearing from player inventories and cheating players.

Outriders will launch on April 1 for PlayStation 5, Xbox Series X and S, Xbox One, PlayStation 4 and PC. Here’s our review in progress of Outriders, covering our impressions of the generous demo. If you’re keen to see what all the fuss is about, here’s a video covering 10 Outriders demo tips and tricks to help new players acclimate to the game.

FIFA 22: Here’s What Comes in Each Edition – IGN

Resident Evil 4 is coming to VR. Capcom announced the critically-acclaimed installment is getting a full VR port for the Oculus Quest 2.It’s...
Read more
Gaming

iOS update 14.5 has added native support for PS5 and Xbox Series X and S controllers to iPhone and iPad.Available today, the 14.5...
Read more