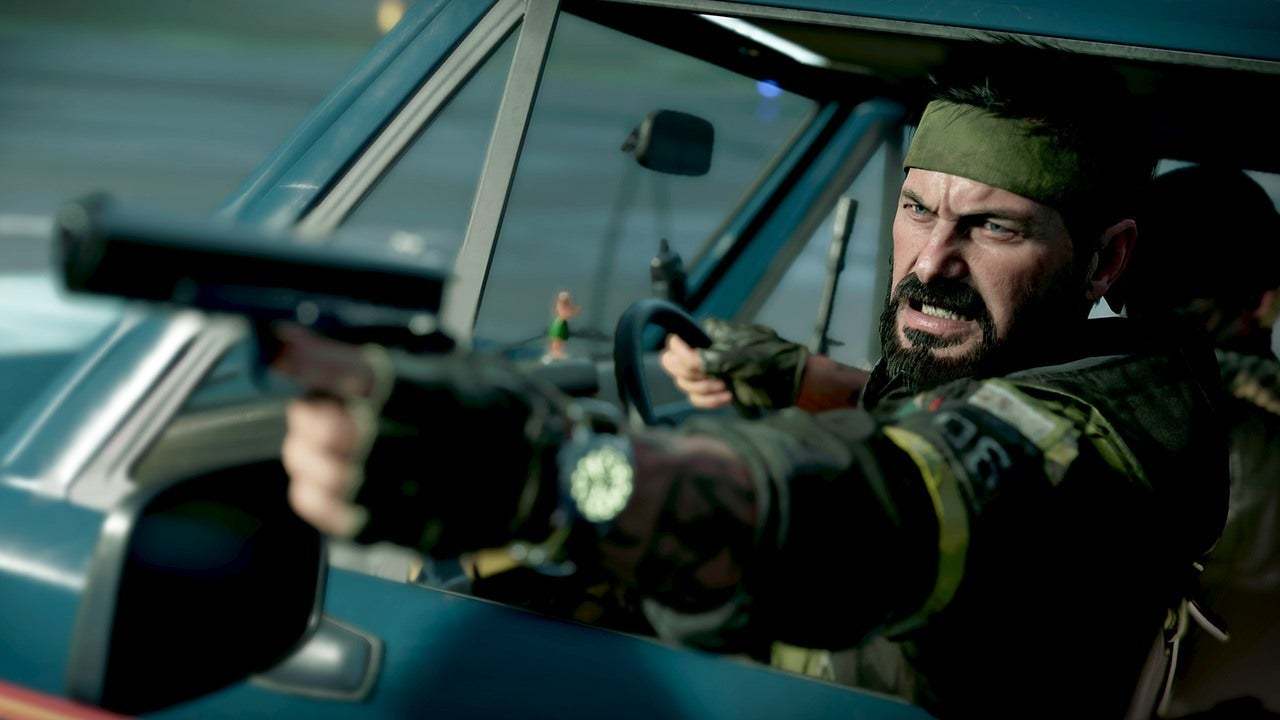 Call of Duty players got a rough surprise this week when Black Ops Cold War and Modern Warfare/Warzone received a new set of large updates, prompting Activision to say that 500GB PS4 owners may need to “make room” if they want both games. As you would expect, players with base storage configurations and slow internet connections cried out in unison. Which raises the question: why are games so freaking big these days?

To start, let’s state the obvious: games always get bigger. They have since the dawn of gaming, and will continue to do so when we’re all just living in a simulation. The original Doom came on four floppy disks in 1993, while 2020’s Doom Eternal takes up around 40GB on a modern PC. This shouldn’t come as a shock, nor is it alone an outrage: that’s part of the price we pay for better-looking and sounding games with more content.

That said, the latest Call of Duty games are some of the most space-hogging you can get today, and significantly larger than even their immediate predecessors. Part of this could be due to the technical advancements we all hope to see from game to game. When Modern Warfare came out in 2019, Activision put out a blog post exploring some of the technical advancements it had made in the latest game engine, improving realism in the environment, weapons, and characters—especially when it comes to motion-captured faces. Not only that, but the company said it was able to push “roughly five times more geometry per frame,” allowing it to fill the scene with more objects and people. It’s possible this leads to a jump in hard drive real estate. For reference, Modern Warfare was around 60GB on the PS4 at the time of its launch, which is about 12GB larger than Call of Duty WWII’s original release size. (Black Ops IIII was even smaller when it came out, but it didn’t have a single-player campaign.)

A year after Modern Warfare launched, though, the game had inflated to 200GB, more than three times its original size. When asked in March about why the game was so big, production director Paul Haile himself claimed there’s “just a ton of content,” and there’s certainly some truth to this. Remember that on top of graphical advancements, long-running multiplayer games like this are designed to keep you coming back over and over again—especially those with free-to-play business models like Call of Duty Warzone. Even if it seems like the game has less to do than an open-world sprawl like Assassin’s Creed Valhalla, it could have a huge amount of large, unique assets, which can drastically increase the space taken up on your hard drive. And more just keeps coming: season six of Modern Warfare added another round of new maps, operators, weapons, skins, finishing moves, and game modes, just like many of the previous patches. Season two of Black Ops Cold War recently launched with similar additions. Those things all take up space, and constantly adding more will obviously cause the game’s size to balloon over the course of a few years.

Every Operator in Call of Duty: Black Ops Cold War

This isn’t specific to Call of Duty, either. Destiny 2 took up about 30GB of space at launch, but after so many updates, patches, and expansions, it hit 120GB on PS4. Bungie was able to revamp its patching pipeline to shrink that to about 70GB today, but it required players to re-download the entire game, itself a huge annoyance for those with slow or capped internet connections. (Remember, the size of a single patch doesn’t necessarily tell you everything about the space it’ll take up once installed—nor does the “space required for installation,” which may be larger than the final installed size.) Even the single-player Final Fantasy XV took around 50GB of space at launch, but now hits triple digits with all the patches and DLC in the Royal Edition. New content is new content, and it has to go somewhere.

There are certainly some hardware inefficiencies at play here, too. Remember that the PlayStation 4 is more than seven years old now, and developers are trying to make more and more impressive games run on the same dated machine. Not only are you trying to pack large files on a 500GB hard drive made for a 2013 audience, but it’s a spinning magnetic disk. Those old drives are rather slow to “seek” around the platters, so in order to keep load times fast(ish), a lot of assets are duplicated many times across the disk so the drive’s head doesn’t have to move as far. Mark Cerny, Lead System Architect for the PS4 and PS5, talked about this in his Road to PS5 announcement last year, using Marvel’s Spider-Man as an example. According to Cerny, items like mailboxes and news racks can be duplicated on the hard drive 400 times—making them take up more space than they seem like they should.

All those files can be compressed to save some space, but only to a certain extent. We don’t know exactly what Infinity Ward and Treyarch have done under the hood, but it’s not unrealistic to assume some hardware limitations here as well. Remember, if you compress files, the console has to decompress them before it puts those assets on screen—with the CPU carrying the brunt of that work. The PS4 and Xbox One are running seven-year-old CPUs, and frankly, those chips were underpowered even when the consoles launched. If developers have to work around the CPU’s limitations, they may not be able to compress files as much as they’d like.

New consoles like the PlayStation 5 and Xbox Series X will overcome some of these problems. Their super-fast SSDs mean assets no longer need to be duplicated, and better compression algorithms (with much faster processors) ultimately mean developers can be more efficient with a game’s files. That doesn’t mean games will take up less space on these platforms—remember, we’re still making generational leaps—but they will give you more bang for your byte (the PlayStation 5 will reportedly enable internal storage upgrades this summer).

None of this is to say developers are completely blameless, of course, though without more insight into their process, it’s hard to know where exactly to point the finger (and how hard to shake it). Haile himself admitted last year that “[their] pipeline could be better,” and indeed, it seems Infinity Ward has tried to improve things, like in November when some high-res textures were moved to a separate download. He also noted that optimizations can lead to large downloads that don’t impact the final install size as much as they appear, and Modern Warfare did lighten its load in last August’s update. But some things are still a tad suspect: you uninstall certain game modes to save space, for example, but only Xbox users are allowed to uninstall the Modern Warfare campaign, leaving PS4 owners stuck with those files sitting on their systems. The same goes for Warzone, though Haile says it shares assets with Modern Warfare’s multiplayer, claiming you probably wouldn’t save much space anyway. Bungie was able to shrink Destiny’s file size so much last year in part due to deleting old, unused content, and it’s certainly possible Modern Warfare and Black Ops Cold War have some cruft lying around. We can speculate all day, but one thing’s for sure: this situation could be more user-friendly and transparent, especially given Call of Duty’s nature as an outlier.

Ultimately, if you’re out of space, you only have two real choices: uninstall ruthlessly, or upgrade to a larger hard drive. An external drive could help give you some temporary expansion if you have one on hand. If you’re willing to go through a bit more work, you can grab a 1TB internal drive for under $50, or around $100 if you want to go with an SSD, and install it yourself—though if you’re planning on upgrading to next-gen soon, that may be a hard sell.

Partner content by NetEaseNetEase is one of China’s biggest developers and publishers and is responsible for such games as Knives Out and Onmyoji....
Read more
Gaming

Last Edited: 30 Jan 2021 9:38 pmThis page covers how to use the Wirebug in Monster Hunter Rise. The Wirebug is a mechanic...
Read more