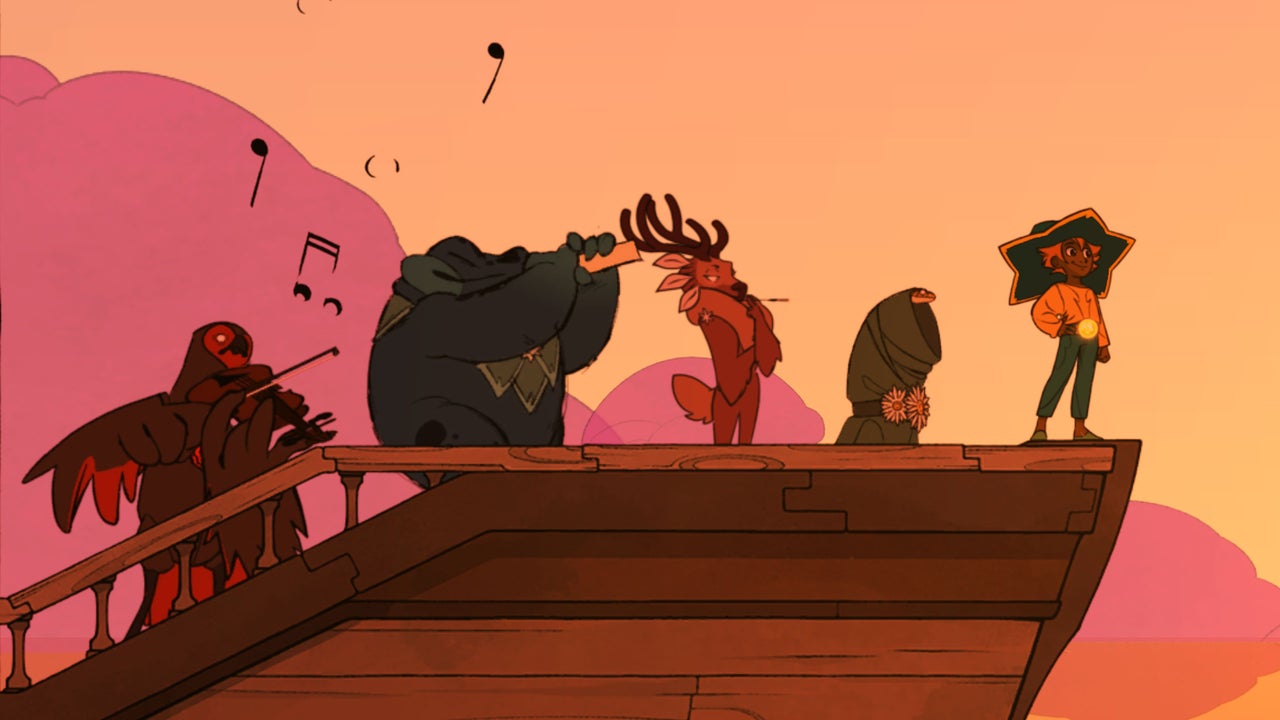 Thunder Lotus Games has released Spirtfarer’s development roadmap for 2021, and it includes three free updates, four new adorable spirits, and much more.As detailed on a blog by Thunder Lotus, the first of the three updates is called Lily and will arrive in Spring 2021.

This update will bring with it quality of life improvements and an improved co-op system with a brand new UI and co-op fishing. Stella is also getting a bit more story content.“As Stella is getting more familiar with the job of Spiritfaring, she starts to uncover some of her memories, which are starting to blossom as wondrous flowers over her cabin,” The blog reads. “These flowers house butterflies that roost to form our new spirit friend : Lily, Stella’s younger sister.”

Lily, who is obviously the new spirit for this update, is the only spirit that is active during night. “Just as she had been a shining presence in her big sister’s life, here she illuminates the night and lets you navigate your boat even when it’s dark.”

Have you played Spiritfarer?

The Beverly update, which will be released in Summer 2021, adds new boat buildings, collectibles, recipes, and quality of life improvements. Beverly is the new spirit and is an old neighbor of Stella. She has been feeling lonely and is happy to finally have someone to talk to about the past.

The new station to be introduced is called the Archive Room and will allow players to inspect the new type of collectible known as Acetate Sheets.

The final update for 2021 is called the Jackie & Daria Update and will be released in the Fall. This update will include a new island to explore, new boat buildings and resources, and a new event.

The new island houses a run-down hospital and two new spirits. The spirits are an overworked caretaker named Jackie and their patient Daria. Stella is happy to lend a hand and help both of them.

We called Spiritfarer the best adventure/puzzle game of 2020. In our review of Spirtfarer, we said it “is a gorgeous mix of an action-platformer and an Animal Crossing-style town manager that stands out as one of the most unique and enjoyable games I’ve played all year.”

Summary:Hyper Scape is a fast-paced, futuristic battle royale first-person shooter, where up to 100 Contenders descend upon the virtual city of Neo-Arcadia to...
Read more
Gaming

Last Edited: 19 Feb 2021 3:22 pmTrapped in WonderlandThis is the first of several such requests from Morgana. Head to the Underground Waterway...
Read more
Gaming

According to one of the game's writers, the Mass Effect 2 character Jack was originally written as pansexual, but her romance options were...
Read more