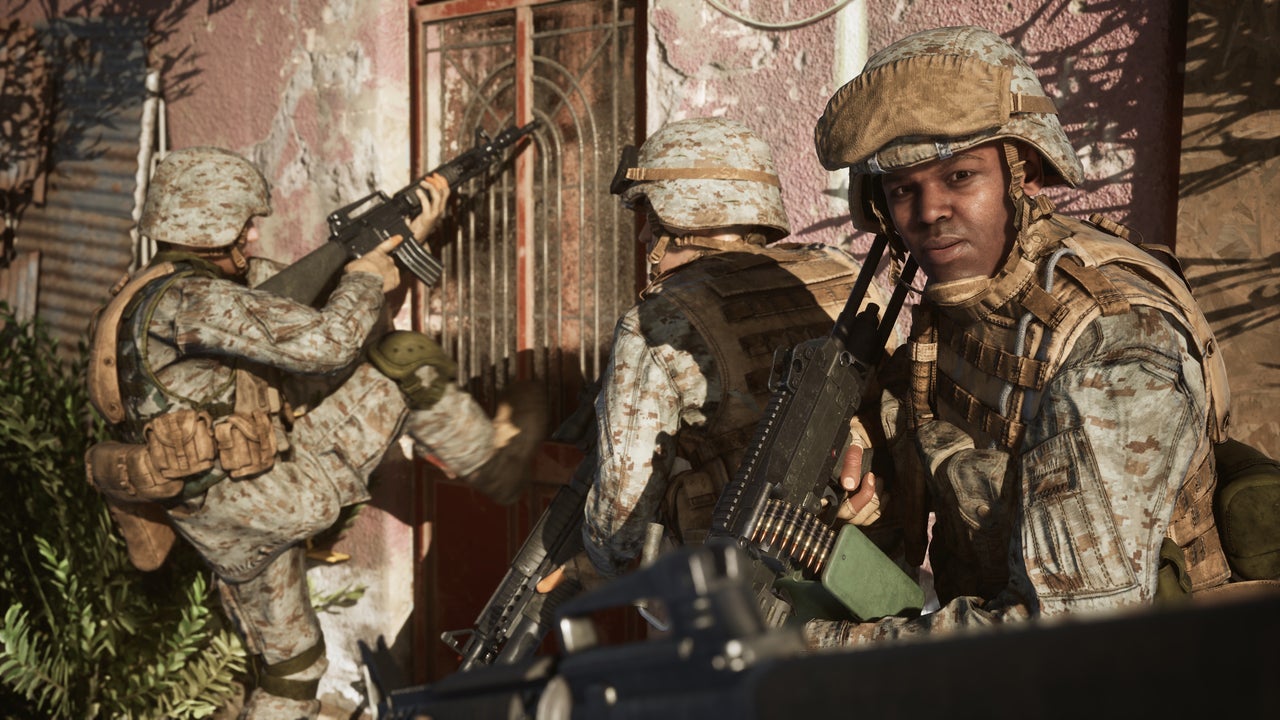 Six Days in Fallujah, a military FPS based on a real Iraq War battle, has been resurrected by a new developer and publisher after being cancelled by its original publisher over a decade ago.Set for release on PC and consoles this year, the new version of Six Days in Fallujah is developed by Highwire Games – a studio founded by Halo’s lead designer – and published by Victura. A tactical shooter, the game is based on events that took place in 2004 during the Second Battle for Fallujah in Iraq.Designed with accuracy in mind, over 100 Marines, soldiers, and Iraqi civilians have been interviewed to ensure authenticity. The campaign depicts six days of conflict as experienced by the U.S. Marines as they attempted to recapture Fallujah from Al Qaeda. To simulate the battle, the developers at Highwire Games claim to have created “unique technologies and game mechanics” designed to replicate the uncertainty and tactics of modern combat in a way other games do not.

The original version of Six Days in Fallujah was announced in 2009 by developer Atomic Games and publisher Konami, but was met with criticism from war veterans and anti-war groups. Setting a violent video game in a real world war – particularly one not just fresh in the memory, but also seen as unjust – was seen as controversial. This caused Konami to pull out of the project. While never formally cancelled by Atomic Games, news on Six Days in Fallujah gradually faded. In the years since, Atomic Games’ former CEO, Peter Tamte, has set up Victura, and has been working on a new version of Six Days In Fallujah since 2016.

“It’s hard to understand what combat is actually like through fake people doing fake things in fake places,” said Tamte in a press statement. “This generation showed sacrifice and courage in Iraq as remarkable as any in history. And now they’re offering the rest of us a new way to understand one of the most important events of our century. It’s time to challenge outdated stereotypes about what video games can be.”

Tamte himself was the executive vice-president of Bungie during the development and launch of Halo: Combat Evolved. The development team of the new version of Six Days In Fallujah is headed up by Jaime Griesemer, who was lead developer on Halo and Destiny, while music is provided by Halo’s original composer, Marty O’Donnell. Numerous other ex-Bungie staff make up Highwire, including former design director, character, vehicle, and weapon artists. Victura has said that more details on the game will be released in the coming weeks.

Last Edited: 20 Dec 2020 10:50 pm Ingots - Crafting Materials that can update the look of your gear and allow for more...
Read more
Gaming