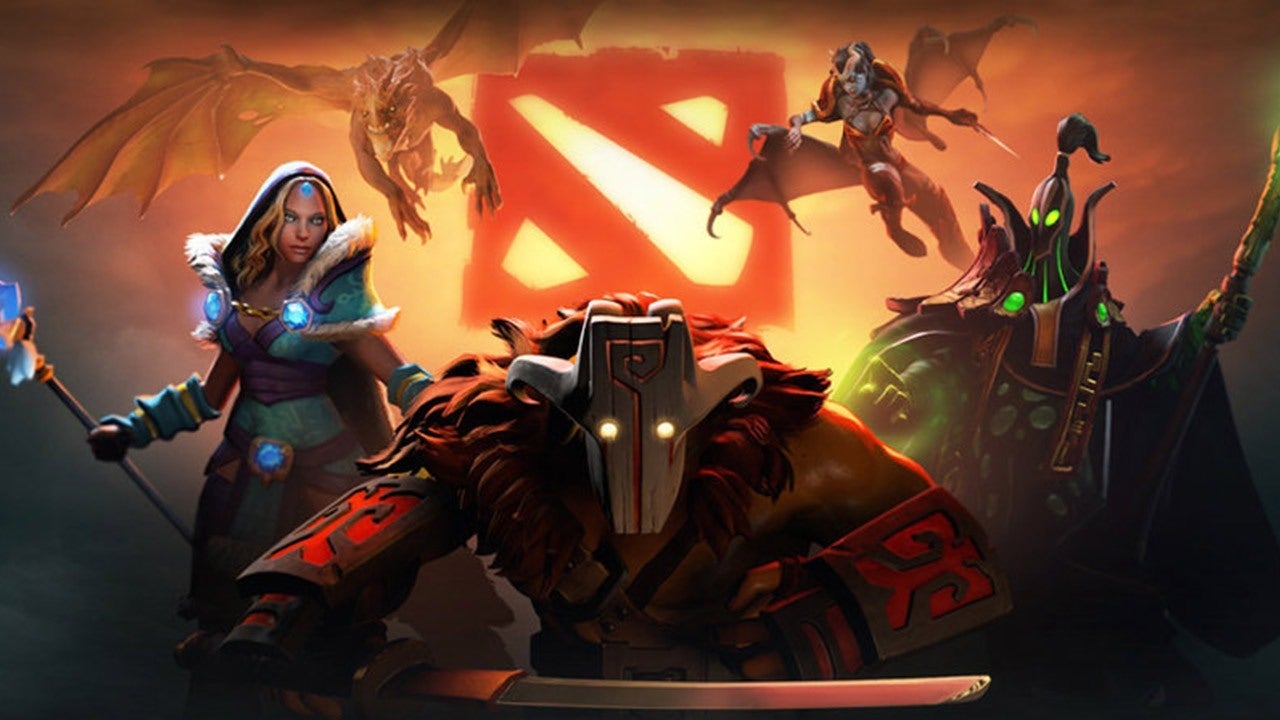 Three years after Valve’s initial announcement of a partnership with Chinese MMO developer and publisher Perfect World to officially launch Steam in China, Valve is finally preparing to launch its client in beta at last next month. But after years of Steam’s unofficial existence in a legal gray area in the country for millions of users, there’s a chance its global client — and all the unlicensed games users have bought and played on it to date — might not survive the transition.

According to Niko Partners analyst Daniel Ahmad on Twitter, the two companies have announced a public beta for February 9, which will include just two games: the Valve-published DOTA 2 and Counter-Strike: Global Offensive. In a separate statement to IGN, he added that around 30 more games were planned for release “in the near term” and even more are planned beyond that.

Chinese players can sign up for Steam China either with new accounts or using existing Steam Global accounts, though if they use existing accounts the only games that will cross over into their Steam China libraries will be those that are licensed in China — so for the beta, just DOTA 2 and Counter-Strike: Global Offensive. And, he added, once Steam China launches in beta, users will no longer be able to play either title on the Steam Global client, instead being forced to switch to official client to continue playing. While future titles are not expected to follow suit and should be available across both clients, this is contingent on one major factor: the continued availability of Steam Global in China alongside Steam China official.

How Steam Operated in China Previously

Have you played Counter-Strike: Global Offensive?

The road to get an official version of Steam in China has been a long one, and its upcoming release raises some concerns about the future of Steam games in the country. That’s because while Steam’s global client has been available in China for years, its presence there is unofficial and unregulated by the Chinese government, which otherwise has strict policies about what games can and cannot be released in the country.

Under normal circumstances, for a game to release in China it must meet a number of different standards set by the government, including adhering to Chinese social values, avoiding “misrepresentation” of history, politics, and law, not including anything resembling gambling, and having anti-addiction systems to curb the amount of playtime and money spend from minors.

This process has become even stricter in recent years, following a 2018 government freeze on all new game license approvals and a set of new regulations that sought to reduce the total number of games approved for release in the country each year. The freeze lifted in 2019, but analytics firm Niko Partners has noted that the total number of game approvals is much lower than it was in the past — though Niko notes this has primarily impacted the number of “low-quality copycat games” and gambling focused titles launching.

It is for these reasons, among others, that Steam’s global client has done so well in China. As of late 2018, the platform had 30 million total users in China, seemingly thanks to the government freeze on new game approvals leaving Steam as the easiest venue to play new games in the country. And while formal numbers have not been issued since then, the number of Steam users in China only seems to have risen in recent years. As of January 2020, Simplified Chinese had grown to be the dominant language among all Steam users worldwide.

For years, Steam has operated in a legal grey area in China where games that are otherwise not permitted can be purchased and played

For years, Steam has operated in a legal grey area in China where, while certain community features are blocked by the government, games that are otherwise not permitted for release in the country can be purchased and played. But as PC Gamer found out through interviews with numerous Chinese developers in 2019, no one is sure why China has not cracked down on Steam (and now the Epic Games Store’s) operations.

Enter Perfect World, which announced its partnership with Valve to launch a dedicated Steam China client way back in 2018, following successful prior partnerships to officially launch both DOTA 2 and Counter-Strike: Global Offensive in China. Since the initial announcement, there have been very few details about how Steam China would actually work. An alpha client for Steam China became accessible in 2019, but no servers were live and thus no games were able to be played — and it was mostly the same as the regular Steam client anyway.

A press presentation in China later that year gave an update. According to a Eurogamer interview with Valve’s DJ Powers at the event, games planned for launch on Steam in China include not just DOTA 2, but also DOTA Underlords, and third-party titles like FTL, Raft, Subnautica, Euro Truck Simulator 2, and many others — all of which would be licensed by the Chinese government for release on the platform. This would ultimately be a net positive for the developers whose games would be a part of the official release. Due to the need for a local partner, it can be difficult for international titles to receive official approval in China, making Steam China a potentially simpler avenue for those whose games qualified.

It could also serve as an opportunity for local developers to have their games highlighted worldwide. Valve said at the event that it did not intend for any Steam China games to end up as exclusives, meaning if local developers could gain approval on Steam China, their games would also be released to international audiences via the global client, potentially gaining more traction and interest as a result.

In the same Eurogamer interview, Valve also expressed hope that all of its global social features would be added to Steam China. Both then and now, these features remain the one element of Steam’s global client that does not function correctly for Chinese users. That said, Valve could not at the time confirm for certain what these would look like in the final release.

The direction [Valve is] headed is that Steam global remains as it is today.

When asked if the launch of Steam China would inevitably mean Steam’s global client would become inaccessible in the country, thus cutting off access in the country to any game not officially licensed, Powers said that “nothing will change” about Steam global — at least not on Valve’s end. The goal in launching a dedicated client for China, he said, was simply to give users access to local benefits: localized titles, local servers, and community features.

But could something external, such as the government, put a stop to Steam’s regular client?

“I mean, anything, yeah,” Powers replied. “There’s always externalities you can’t control. But the direction we’re headed is that Steam global remains as it is today.”

This brings us to today. At the start of 2021, Valve confirmed it would be launching the client in China early this year, and the client was trialed at an esports carnival back in January. Now, with the beta on the horizon, the question of whether Steam’s global client will be allowed to continue to exist in China has once again arisen.

Though there has been no official indication that Steam’s global client might be shut down, the ongoing regulatory crackdown from the Chinese government does not bode well for its continued existence, especially once an approved alternative is available. Even if Valve makes good on Powers’ remarks and continues running Steam’s global client in China, the Chinese government could block it at any time, forcing users to access it through VPNs or other backdoor means. That would mean users who already own and play unapproved games through that client could lose access.

Even if Valve continues running Steam’s global client in China, the government could block it at any time

Were this to happen, it wouldn’t be the first time the Chinese government has gotten involved in Steam content. Last year, it blocked a game called Coronavirus Attack from appearing in China through the global version of Steam — likely because, as its creator said, it was made as a protest against the Chinese government. And before that, Taiwanese studio Red Candle Games saw its title Devotion removed from Steam entirely after a poster was found in the game mocking Chinese President Xi Jinping. Its publisher Indievent later had its business license revoked in the country as a direct result of the incident, and has since struggled to re-release the game, even on other platforms.

Additionally, as Ahmad pointed out to IGN, other platforms are being impacted by China’s crackdown lately as well. In the past year, Apple has removed over 100,000 games from the App Store in China, all unlicensed. Though these games have required licenses since 2016, loopholes had allowed them to be published anyway, until now.

When asked about the future of Steam Global in China, Ahmad affirmed that there wasn’t a clear answer.

“Regulators may block it, and that would be bad for domestic and foreign developers who access gamers over that platform,” he said. “Then again, it is an uneven playing field now if only some developers play by the rules of allowing Chinese gamers to access only games that acquired [a license].

“Chinese gamers are resourceful to be sure: if they want to keep playing on Steam International, they will use a VPN or other means to do so. Ultimately it is the duty of the developers to abide by the rules in China or be at risk for being cut off from that lucrative market – the largest in the world.”

In light of all this, the question of what the official release of Steam in China means for dedicated Steam users in the country remains an open one. While local developers and international studios whose games can meet approval requirements may ultimately stand to benefit, concerns remain that existing users who have poured time and money into the platform over the years may end up having to jump through hoops to access their game collections if the Chinese government decides to shut the whole thing down — or they may lose access entirely.

In truth, this problem has existed for years — ever since Steam became accessible in China, there has always been the question of whether or not it would be allowed to continue unsanctioned, but tolerated. Now, with the official Steam China release on the way, Steam Global’s existence in the country may well be on borrowed time. Unfortunately, as with the sudden decisions to block Twitch in 2018 and any number of other international websites over the years, it seems unlikely that there will be any certainty on Steam Global’s fate in China until and unless it is taken down.

IGN reached out to both Valve and Perfect World for comment, but neither responded in time for publication.

This piece was updated after its initial publication to include additional commentary and context from Niko Partners analyst Daniel Ahmad.

Outer Wilds, the magnificent time-looping adventure game, could be getting DLC titled Echoes of the Eye if a Steam database entry is anything...
Read more
Gaming

We haven’t regularly covered the MotoGP series in the past but the motorcycle specialists at developer Milestone have been quietly iterating on it...
Read more
Gaming