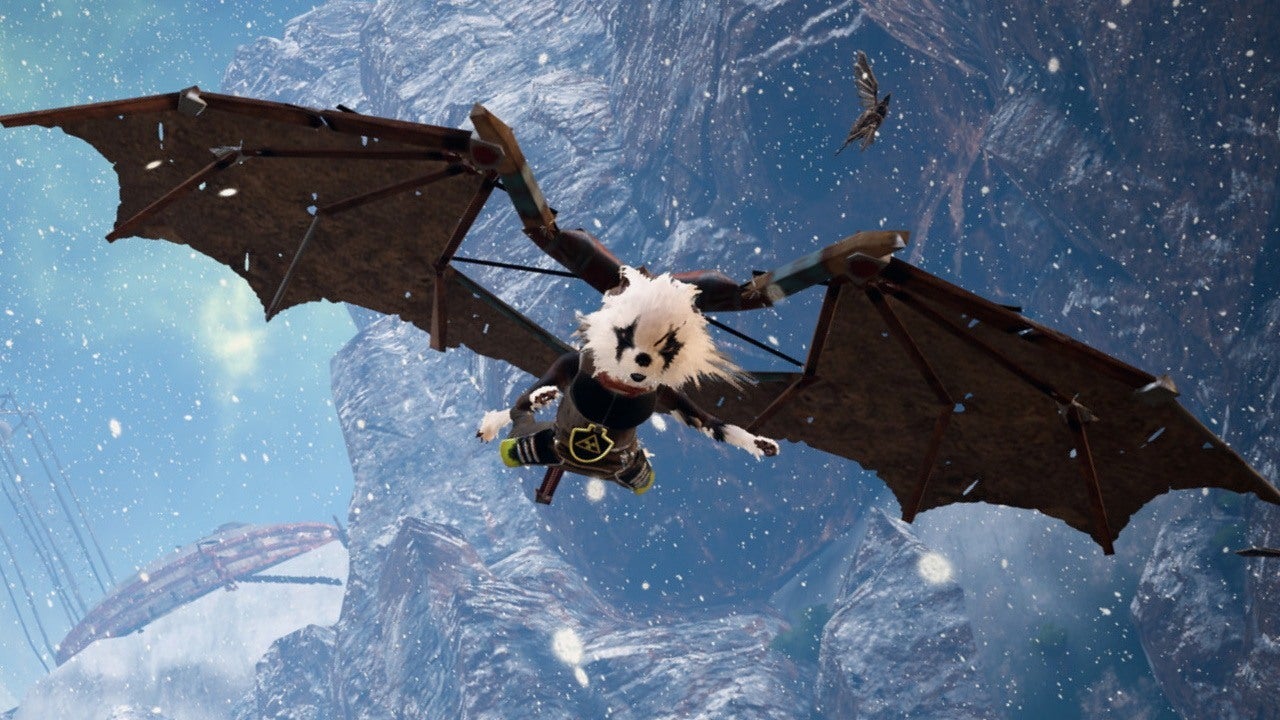 Over the course of almost four years, developer Experiment 101 has revealed slivers of information about Biomutant, its bonkers open-world adventure. Those tidbits of knowledge form a scattershot, incomplete picture of a freeform RPG that might be a bit Zelda-y. But, thanks to a recent chat with Experiment 101 studio head Stefan Ljungqvist, we now have a more comprehensive understanding of what Biomutant is.“If you like Breath of the Wild, or that type of structure, I think you’re really going to enjoy this game,” Ljungqvist tells me, confirming that Zelda suspicion. But as he continues to paint a picture of Biomutant, plenty more games come to mind; Far Cry, Mad Max, Monster Hunter, and even Fallout among them.Biomutant is built around three “facets”; a Tribe War, the world-sustaining Tree of Life, and your character’s backstory. A linear mission chain, designed specifically to provide some structure to the otherwise freeform world, forms the main storyline, and will guide players into these three facets. The open-world nature of the game, though, means you can interact with these aspects however you please, within reason.

“There’s six tribes in the world,” says Ljungqvist, beginning his breakdown of these facets. “It’s kind of a Shadow of Mordor-lite thing going on. I start by allying with one leader from a tribe.”

The world is filled with outposts, each owned by one of the six tribes. Conquer these for your chosen tribe, and you’ll begin to amass favour with your new allies. “You gradually become the tribe’s champion,” Ljungqvist explains. “You’ll be awarded the tribe’s special weapon, learn their Wung-Fu style [a special combat technique], and new shops open in respective outposts.” Some outposts even provide access to special mounts, such as the bizarre giant clockwork hand that allows you to scuttle over the landscape akin to Thing from The Addams Family.

With all three of a rival tribe’s outposts conquered, you’ll be able to assault their fortress. “At the end of that you can decide the destiny of the rival tribe’s Sifu [leader], and that plays back into the choices that you are making that tie into the end-game,” reveals Ljungqvist.

Those decisions relate to the second facet, the Tree of Life, the fate of which will ultimately dictate the destiny of Biomutant’s world. To help contextualise your decisions, the tribes you can ally with are either working towards good or evil goals. “A light or ‘good’ tribe wants to unite the other tribes,” Ljungqvist says. “And they want to make sure that the Tree of Life survives, because they believe that you can have a restart in the world that currently is. Whilst the dark tribes believe you have to destroy what you have in order to start anew.”

Allying with a light tribe doesn’t permanently lock you into a ‘good’ path. Rather, you can abandon a tribe at any time should you have a change of heart. However, you’ll have to then re-conquer previously dominated outposts in the name of your new tribe. Taking over outposts is a permanent achievement, though, so you won’t have to worry about re-taking camps from counter-attacks. “You don’t want to have Starcraft in Zelda,” sums up Ljungqvist.

There are bigger foes than just rival tribes, though. The Tree of Life has four roots that span across the world, each leading to a ‘World Eater’ boss; huge monster battles that demand particular tactics and equipment. “You take them on by using a specific vehicle,” explains Ljungqvist. “It can be the Mekton [a mech] or Googlide, which is the water-ski, or a submarine.”

“To get those [vehicles], you’ll interact with other key characters in the game, to help and get them ready for the fight,” he adds. “Once you’ve fought those four big World Eaters, and depending on the tribes, or on your light or dark Aura [karma], the destiny of those four World Eaters might be different. Will you allow them to live or not, to destroy the Tree or not?”The final of the three facets is your character’s backstory, which – naturally – Ljungqvist is keeping a mystery. “Who are you, and where did you come from?” he asks rhetorically. “That’s the third leg of completing this whole main story, and hopefully people will go out into the world and explore that.”

Uncovering that backstory will lead you deeper into Biomutant’s world of strange characters, beasts, and cultures. It’s all built on an eight square-kilometer base; a small map by the standards set by Ljungqvist’s previous work on Just Cause, but still big enough to pack in numerous different biomes.

“The world is diamond shaped,” says Ljungqvist. It’s a design chosen to add a natural sense of direction to the player’s journey. “You start in the bottom corner, and the game will become more difficult once you reach the top corner of the diamond,” he explains. By having ‘narrow’ start and end points, you have specific locations for player on-boarding and a story climax. Between those points, the world expands to its furthest reaches, providing the more freeform meat of the adventure.

While players are free to explore anywhere on the map after exiting that narrow tutorial corner, some zones are gated and can’t be accessed until later in the story. Well, sort of. “For example in the Dead Zone, you are deprived of oxygen,” says Ljungqvist. “If you get the mech, you can go deeper into the Dead Zone without suffocating.” That mech is provided to you by a character in the story, thus meaning the Dead Zone is a later game location. But curious players may find a way into the Dead Zone hours before the story dictates.

“It’s open-world, and you can go to any of these characters in any order,” Ljungqvist teases. “Even if you have a main quest marker, you can choose to not take that and meet another character.”Alternatively, players can instead use Biomutant’s gear and mutation systems to help them into those areas. In terms of the Dead Zone, you may be able to find a gas mask. It’s no mech, and so the zone’s biggest challenges may still be beyond you, but at least the air won’t kill you. For areas that demand a little extra height, players without access to the air balloon may seek out the ability to place bouncing mushrooms, or learn to levitate, or use telekinesis, or glide over the obstacle using a wingsuit. It’s in these multiple methods to overcome challenges that you can see Experiment 101’s Breath of the Wild-like aspirations shine through.

Many of the aspects that Ljungqvist describes to me in our chat do not break new ground. At least, not on their own. But there’s something about their interconnectedness that intrigues me. In education, 101 typically refers to the first lesson in a subject. The basics. True to its name, Experiment 101 seems to be, well, experimenting with a variety of basic open world ideas in pursuit of something more. There’s a surprising amount of moving parts packed into Biomutant’s modestly sized map, all seemingly linked together. And with its bright, furry aesthetic and kung-fu inspired animation, these familiar parts could come together to feel experimental and new.

That’s the feeling on paper. I’ve yet to play Biomutant, so I have no idea if what’s in my head is reflected in the game. But after my chat with Ljungqvist, I believe that Biomutant has much more going for it than just its striking key art and saturday morning cartoon weirdness. I’ll find out if that’s true when it releases in May.

Ripperdocs can install essential cyberware upgrades, and each doctor location has exclusive items for you to buy. Source link
Read more
Gaming