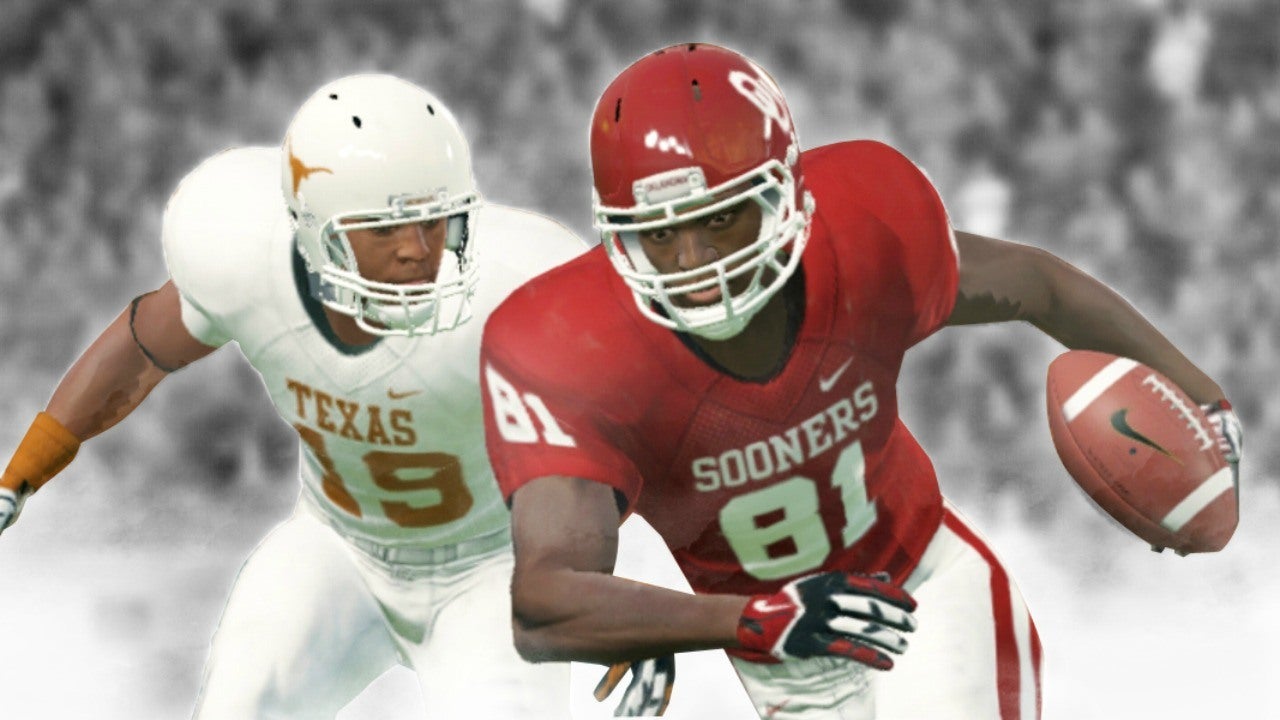 For the first time since 2013’s NCAA Football 14, EA Sports is returning to College Football.Announced on Twitter via a small tease that “College Football is coming back,” EA revealed it will be partnering with CLC – the nation’s leading collegiate trademark licensing company – to become the exclusive developer of simulation college football video game experiences.

The EA Sports college football franchise garnered “tens of millions of sales” during its run from 2005 to 2014 and was a “top-five sports title in North America.”

EA Sports College Football will include “the rights to more than 100 institutions featuring logos, stadiums, uniforms, gameday traditions and more that fans have come to know and love.”

EA does note that “while this college game will not include student-athlete names, images and likenesses, EA SPORTS is continuing to watch those developments closely.”

Have you played NCAA Football 14?

No further information was given on the reboot of the franchise, but EA encourages fans to follow @EASPORTSCollege on Twitter for more updates in the future.“We’ve heard from the millions of passionate fans requesting the return of college football video games,” said Cam Weber, EA SPORTS EVP and GM. “We love the energy, tradition and pageantry of college football and I am beyond thrilled to say we are back in development. We have a lot of really exciting work ahead of us, and a great team that is eager to bring a new game to players in the next couple of years.”

In 2013, the NCAA decided not to renew the EA Sports contract over the ongoing legal issues regarding the use of player’s names and likenesses in the game.

EA struck a new three-year deal with the CLC to continue making college football games following its loss of the NCAA license, but many of the big conferences, including the SEC, decided against licensing their trademarks for use in EA Sports game, which contributed to the eventual cancellation.

These legal disputes and a settlement ended up costing EA over $40 million. The settlement was in regards to former college athletes alleging that EA had used their likenesses (sizes, skin colors, home states, and jersey numbers), but not their names or permission.In our NCAA Football 14 review, which featured Michigan’s Denard Robinson on the cover, we said “NCAA Football is hitting the glass ceiling of this console cycle. The gameplay itself is better and more refined each time the game is released, but when it’s surrounded by dated visuals, dated audio, dated modes, what’s a fan to do? There’s a good football game here, but it’s far from an impressive package.”

For more on the EA Sports College Football saga, check out our IGN Unfiltered episode with EA Sports EVP and GM Cam Weber on how the NCAA lawsuit ripped the “heart and soul” out of the studio, but how it also had a silver lining.

Borderlands developer Gearbox has today announced it will be joining Embracer Group as a wholly-owned subsidiary of the Swedish holding company formerly known...
Read more
Gaming

Welcome back to Game Scoop!, IGN's weekly video game podcast. Our Game of the Year Nominees have been announced, so it's time for...
Read more