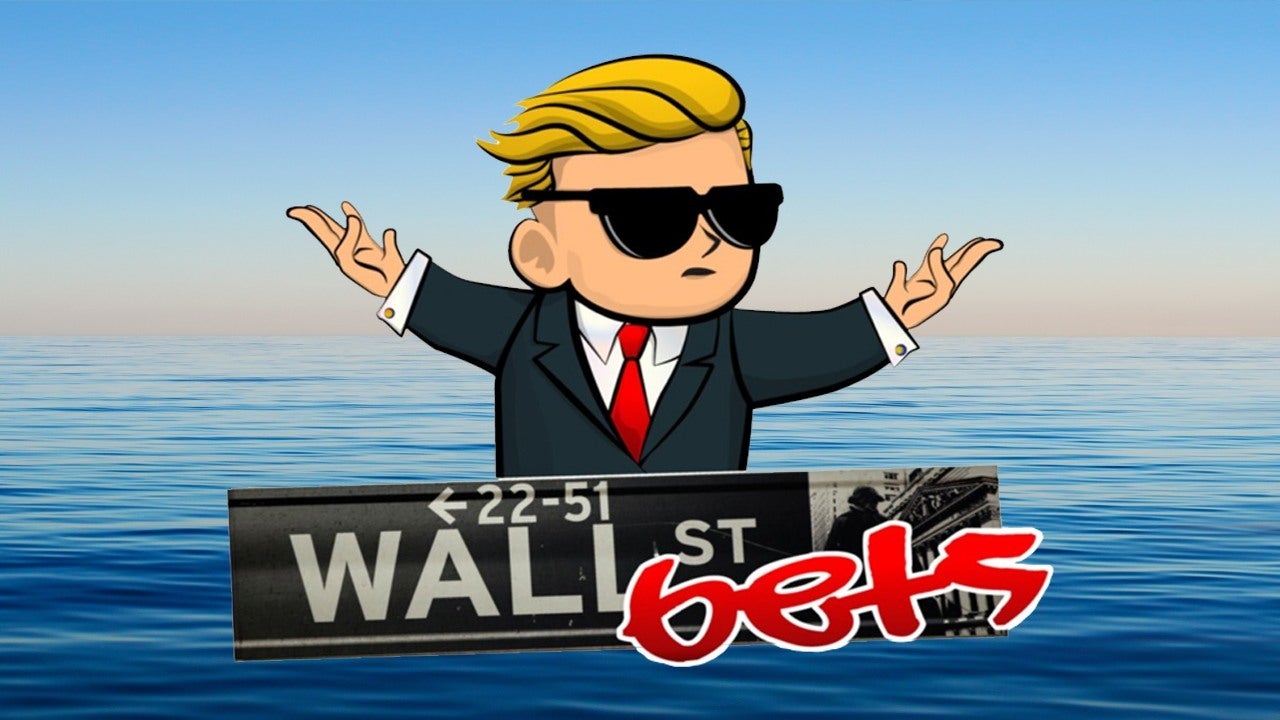 Stock trading apps have seemingly begun limiting the purchase of Gamestop, AMC, and other recently volatile stocks.Popular app Robinhood will now let users sells these stocks, but not buy them, displaying a message saying “This stock is not supported on Robinhood” (image below). These stocks are no longer even searchable on the app.Other trading solutions, such as Schwab, TD Ameritrade, and Trading 212 have similarly limited purchases.

In a blog post, Robinhood explained that it was restricting transactions for AMC, Gamestop, Blackberry, Bed, Bath and Beyond, Express, Koss, Naked, and Nokia, due to “recent volitility”. “We’re committed to helping our customers navigate this uncertainty, reads the blog. “We fundamentally believe that everyone should have access to financial markets.”

Many members of the WallStreetBets community have been outraged by the moves, arguing that it amounts to market manipulation, with some users saying they’ve submitted complaints to the SEC about the blocks.

The Gamestop stock has subsequently tumbled in value after the moves by trading apps:

Update 3 01/27/21: – The subreddit r/WallStreetBets is no longer private, and the mods have posted a message explaining the ever-changing situation they are dealing with how they plan to move forward and address its issues.

“We have grown to the kind of size we only dreamed of in the time it takes to get a bad nights sleep,” u/zjz wrote. “We’ve got so many comments and submissions that we can’t possibly even read them all, let alone act on them as moderators. We wrote software to do most of the moderation for us but that software isn’t allowed to read the Reddit new feed fast enough and submit responses, and the admins haven’t given us special access despite asking for it.

“We’re suffering from success and our Discord was the first casualty. You know as well as I do that if you gather 250k people in one spot someone is going to say something that makes you look bad. That room was golden and the people that run it are awesome. We blocked all bad words with a bot, which should be enough, but apparently if someone can say a bad word with weird unicode icelandic characters and someone can screenshot it you don’t get to hang out with your friends anymore. Discord did us dirty and I am not impressed with them destroying our community instead of stepping in with the wrench we may have needed to fix things, especially after we got over 1,000 server boosts. That is pretty unethical.

“To add to this, people are co-opting our name on twitter. I won’t mention their accounts, but lots of handles with “wsb” and “wallstreetbets” in them are pretending to speak for us. They’re saying things that we don’t agree with, driving traffic to derivative communities and shitty pixelated merch stores, and generally making it harder for us to define who we are. There’s also too much political bullshit in a community that was never ever political. The only way I want to occupy Wall St is in a suit myself or rent-free in the mind of a blown up short.

“That is why I’m throwing my support behind the Twitter handle in general. We need a way to PUBLICLY reach out to the staff of the infrastructure that is failing us so the world can see that we aren’t doing anything wrong here if they don’t respond. We need to be able to respond directly to a reporter that is lying to the world about our clubhouse. We can’t be expected to meet any expectations when we aren’t given the tools we need.

“That’s not to say I approve of every message or will even be in the loop for all of them, but it’s clear to me we can’t do nothing and we need a megaphone.

“https://twitter.com/wsbmod aka @wsbmod is the only Twitter handle whose statements are directly from some part of the team.

“We’ll do our best not to pretend to speak for you, but to try to speak with the volume our name now seems to command to get shit done for us.”

Update 2 01/27/21: The WallStreetBets Discord server has been banned, not because of “financial fraud related to GameStop of other stocks,” but because it has continued to allow “hateful and discriminatory content after repeated warnings.”

The subreddit r/WallStreetBets has also gone private, but it does not appear to be banned as of this writing.

Discord’s statement on WallStreetBets, as given to IGN, is as follows;

“The WallStreetBets server has been on our Trust & Safety team’s radar for some time due to occasional content that violates our Community Guidelines, including hate speech, glorifying violence, and spreading misinformation. Over the past few months, we have issued multiple warnings to the server admin.

“Today, we decided to remove the server and its owner from Discord for continuing to allow hateful and discriminatory content after repeated warnings.

“To be clear, we did not ban this server due to financial fraud related to GameStop or other stocks. Discord welcomes a broad variety of personal finance discussions, from investment clubs and day traders to college students and professional financial advisors. We are monitoring this situation and in the event there are allegations of illegal activities, we will cooperate with authorities as appropriate.”

Reddit has acknowledged the issue and has said to check out redditstatus.com for up-to-the-moment updates.As of this writing, GameStop stock is currently trading at an all-time high stock price of around $350, but it isn’t due to a miraculous turnaround by the company, but a battle between short-sellers like Citron Research and others like the subreddit r/WallStreetBets.

Short selling is more or less a strategy in which investors can borrow stock in exchange for an IOU. For example, an investor can borrow a stock from a broker for $100, in hopes that the stocks price goes down. If that price does go down to $80, they can buy back that stock, but at the price of $80, therefore netting a $20 profit. It is basically betting against a particular stock.

GameStop isn’t the only stock impacted by this situation, as other companies like AMC are soaring following a new interest by r/WallStreetBets.

GameStop in the News Timeline

Reddit will most likely be back up soon, and we will update this article with any and all future updates.

EA has patented technology that seeks to let players stream and play full games before they've been downloaded.As spotted by GameRant, the patent...
Read more
Gaming

Video games allow us to travel to new places each time we play them. In a year where many of us have been...
Read more
Gaming