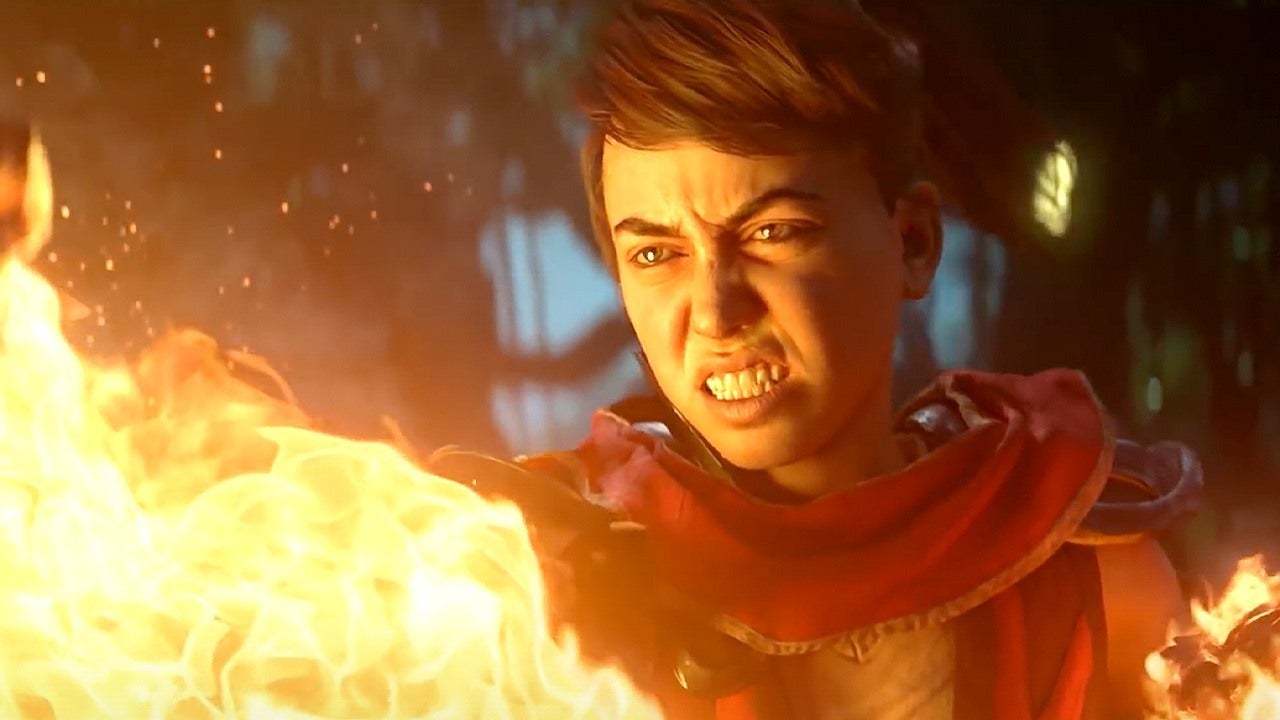 Figuring out how to adapt a classic collectible card game like Magic: The Gathering into a more action-focused game genre isn’t an easy task. Luckily, isometric action RPGs like Diablo apparently lend themselves quite well to the deep lore, deceptively complex mechanics, and underlying sense of constant action that pervades Magic. It’s a tall order for Magic: Legends, an online action RPG slated to hit Open Beta for PC on March 23, 2021.A game of Magic can sometimes take hours to finish depending on how slowly turns unfold or how skilled the players are. The first order of business to blend that property into a fast-paced action RPG, then, is to eliminate the turn order and condense down the concepts. Notably, developers have been careful to no longer describe Magic Legends as an “MMO” at all but a “persistent online action RPG” instead.In a recent hands-off demo presentation about Magic: Legends, developer Cryptic Studios showed me a pre-release build of the game featuring a variety of gameplay styles and an exclusive first look at how deckbuilding works. Take a look at the exclusive ‘Deckbuilding 101’ trailer above.
If you’ve ever played Diablo, Torchlight, Path of Exile, or any fast action-based RPG then you’ll have a good idea of what to expect here.

If you’ve ever played Diablo, Torchlight, Path of Exile, or any fast action-based RPG then you’ll have a good idea of what to expect here. The camera is positioned at an isometric top-down angle and you’ll spend time gearing up and preparing back at town hub locations before venturing out into the game world and on dangerous quests. Unless you’re doing a dedicated instanced story mission you can run into other players out in the world or at the town hub, but it’s not quite on a “massive” scale. It’s similar in concept to how Destiny funnels players together for content.You begin by selecting your very own personal Planeswalker with three main character-defining choices: your loadout of gear and artifacts, your class, and your deck. Your class will determine your innate abilities such as your primary attack, secondary special attack, and utility ability like dash-jumping as a geomancer. And then your “deck” acts like your deck of cards from the actual CCG. You’ll select an assortment of spells (every “card” in Magic is a spell) and you’ll need to build it with a mixture of creature-summoning spells, sorcery/arcane magic spells, and enchantments.

From what I’ve seen, just like in actual Magic, deckbuilding is a huge part of Legends and it all comes down to how your hand is shuffled. Before you set out on a quest you’ll need to customize your deck (12 cards at this time) since that directly affects which cards are randomly drawn into your hand (4 at a time) during combat. A unique curveball used to mix things up is that the buttons for using your spell cards are randomly assigned each time. For example, a Magma Burst spell might be the B button at one moment, but then after you cast it and it eventually shows back up again it could be X this time.

Another interesting aspect is how they’ve chosen to handle mana costs. In the CCG you have a limited amount of mana resource that you slowly build up over the course of a match, but in Magic: Legends the mana pool begins large and is split between colors based on the ratio of colors in your deck. If you have an exactly 50/50 split between white and blue, then so is your mana pool. But if it’s 8 white and only 4 blue, the mana pool will reflect this so the mana you have available is proportional to the types of spells you have ready to use.

Two players using the same class could play entirely different characters based on which deck colors they use.

There is a ton of strategy that will go into defining the right character build. Since your class itself can be a totally different color from your deck spells you can get extremely creative once you factor in all of the different progression paths and build varieties. Two players using the same class could play entirely different characters based on which deck colors they use.Similar to how you can swap decks between matches in Magic if you wanted, you can swap decks and loadouts very easily and quickly in Magic: Legends as well. Cryptic has done a remarkably efficient job of combining the concepts of a game like Diablo with the core rules behind Magic: The Gathering.

Not all card game mechanics translate directly though. For example, in a game of Magic the turn order usually dictates that if it’s your turn you “declare” which creatures are attempting to attack the player and then the other player chooses which attacks to block with which creatures. Abilities like trample, blocking, and provoking of course further complicate that core idea, but that’s always the gist. In Magic: Legends, however, once you summon a creature, it typically follows you around and fights by your side based on its powers – you don’t really do a lot of micromanagement because the “churn” of summoning, casting new spells, and re-summoning is so rapid.

As of now there is a basic 1v1 dueling version of PvP, but the focus definitely seems to be mostly on the co-op side of things and experimenting with how the various classes and deck combos can work together. The game flow is extremely different, but the Magic flavors are absolutely still there. Watching the amazing, iconic artwork from the cards come to life in an action game rather than just another digital CCG is really wonderful.

That being said, I definitely have my reservations about the monetization plan. Since Magic: Legends is a free-to-play game, when you first start out you get to pick a single class to use, with all of the others locked behind a paywall. Then, using an in-game currency that you slowly accrue from playing the game called “planar mana” or by spending money directly in the cash shop, you can unlock the other subsequent classes. Other types of items available in the cash shop include convenience booster items and randomized card booster packs, but you will not be able to outright purchase specific spells or to upgrade a specific spell in your deck.

I definitely have my reservations about the monetization plan.

It doesn’t sound like a “pay-to-win” system, which is good, but it definitely makes me curious what types of content will be for paying customers only. There will be a Fortnite-style Battle Pass as well, in which you subscribe for a season of content for a low fee, typically $15 or so in most games, and as you play and rank up you’ll unlock new cosmetics, booster packs, and so on.

After seeing the demo in action and getting to see the nitty gritty details of how deckbuilding works in Magic: Legends, I’m extremely eager to try it out for myself. The extra layers of nuance that are transplanted from the CCG seem to give Legends a strong sense of identity that games in this genre are often lacking, so fingers crossed it all works out.

David Jagneaux is a freelance writer for IGN. Talk RPGs with him on Twitter at @David_Jagneaux.

Last Edited: 19 Dec 2020 3:45 amThere are many different iconic weapons to find in and around Night City, and this part of...
Read more
Gaming