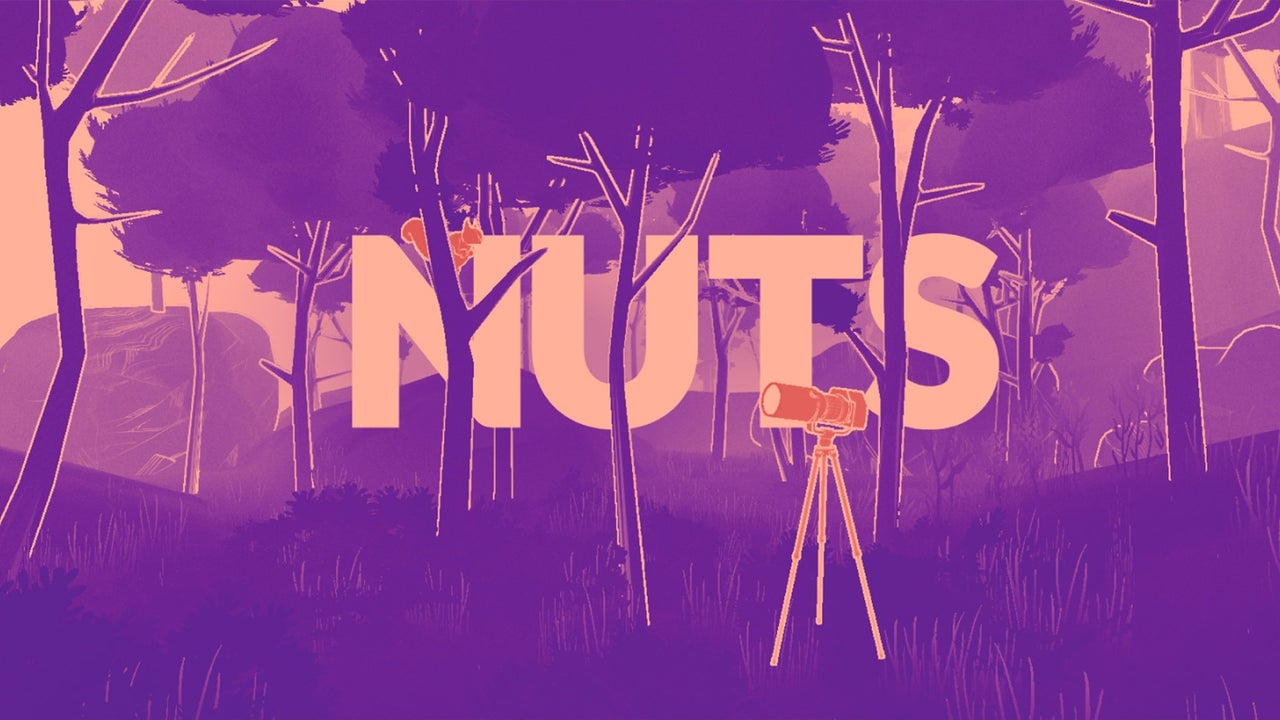 What are all of these squirrels up to? This is the question I asked myself for three hours straight as I played through Nuts, a peculiar puzzler adventure. It tells a tightly written tale that reaches a satisfying conclusion without ever taking too many risks on a storytelling or gameplay level. It’s short but sweet, and like its furry stars stashes its most fruitful moments away until the end, just before becoming tired.As a rookie rodent researcher at Viago University, you’ve been assigned the role of keeping an eye on the squirrel inhabitants of Melmoth Forest, an atmospheric setting that is tranquil to the point of being eerie. To begin with, you must find and follow a single squirrel to its stash of nuts. Sounds simple enough! The problem is that these critters only make their movements at night, so you’ll need the assistance of your surveillance equipment.You’ll position up to three cameras during the day so you can keep track of a squirrel and follow them through the trees. Then, once you’re happy with where your cameras are placed, you head back to your office/caravan to hit record on your VCR. Positioning these cameras is amixture of methodical planning and trial and error which offers a level of risk/reward if you try to second guess where the squirrel is going. Being bold with your placement can mean completing certain tasks quickly if you get lucky, on the other hand, get too smart for your own good and it could be backtracking your steps to the start which is never fun.You’ll then time travel to the evening where you scrub through your recorded camera feeds to spot the squirrel’s next movements and start to piece the puzzle together. Once found, you’ll switch back to daytime once more and reposition your cameras to follow them further on their trail. Conveniently, these squirrels follow the same route each night, so from here on it’s a rinse-and-repeat scenario over multiple day/night cycles until you’ve found the end of that particular squirrel’s journey.
By its final chapter I was left wanting more variation.

This gadgetry forms the vast majority of Nuts’ gameplay, and while it’s a smart mechanic, it never really develops much beyond that. Sure, your objectives alter slightly from chapter to chapter, but you’ll essentially be doing the same things you were doing in the beginning as you are at the very end. Although I enjoyed the flow of methodical and relatively unchallenging puzzles, by its final chapter I was left wanting more variation. The disappointing lack in gameplay evolution is highlighted further when compared to what Nuts does so well.

Chief among these is its sense of style. Reminiscent (to an extent) of the stunning Return of the Obra Dinn, through a combination of post-processing and edge-detection techniques its a visually striking game that uses colour minimalistically. Rarely are more than two or three colours used in each of the handful of locations, and yet it’s done to eye-catching often unnatural results; A burning orange sky may pierce through purple-shaded trees, for example. This often leads to warm, inviting woodland to explore during the day that evokes a sense of genuine calm, but at night a quick palette swap can lead to the same forest giving off an underlying, powerful sense of dread.

Key to this tonal shift is the audio design: at night the soothing sounds of the forest and relaxing music are replaced by near silence apart from the odd rustle of leaves. Alongside small environmental touches like half-eaten apples littered around your caravan, Nuts does a great job of making it feel like the squirrels aren’t the only ones being watched all the time.

Nuts does a great job of making it feel like the squirrels aren’t the only ones being watched all the time.

It never veers into straight-up horror though, opting more for a tale of intrigue and mystery. Of course, that mystery all stems from the squirrels themselves and the reason you’re spying on them in the first place. You’re doing this to aid the Viago University in their research efforts and are regularly contacted over the phone by Nina who essentially acts as your quest giver. She’s very well performed and is key to helping you find out about the history of the forest, what’s going on currently, and why the squirrels are so important.Tonally, it’s not a million miles away from Firewatch, and indeed wouldn’t feel completely out of place as one of Stories Untold’s excellent chapters. I don’t want to give too much away about Nuts’ story as much of the joy is found in uncovering it for yourself. Suffice to say it’s a neatly told tale that didn’t quite go where I thought it would, or become quite as bizarre as I’d imagined it might. It’s well-written, though, and always had me eager to solve the next puzzle in order to gain a new breadcrumb of information.

It’s a neatly told tale that didn’t quite go where I thought it would.

It’s hard to avoid the ecological message woven throughout regarding the effects of our imprint on the planet. It’s a truly global sentiment created by a broadly international development team: coded in Iceland, written in Denmark, drawn to life in Canada, and sound designed in Germany, it’s a testament of what can be made when working remotely, and at a time when spending time outdoors has come at a premium, strolling around a lush forest in search of squirrels seems a great way to escape to me.

Nuts is a relaxing puzzle adventure with an intriguing mystery inside its shell. Its main story is a well told one with a satisfying conclusion without being overly ambitious, and it’s brought to life through bold, striking art design and a great sense of creepy but not horrific atmosphere. But while the gameplay is novel at first, it unfortunately outstays its welcome after a couple of hours of doing the same camera placement routine. That never becomes enough of a turn off to not want to discover the secrets of Melmoth Forest, though: after all, who wouldn’t want to know what all these squirrels are up to?

An Early Build of Zelda: Ocarina of Time Has Been Found, in Which Link Could Turn Into Navi – IGN

A development build of The Legend of Zelda: Ocarina of Time has been discovered and it reveals an in-progress look at Kakariko Village,...
Read more