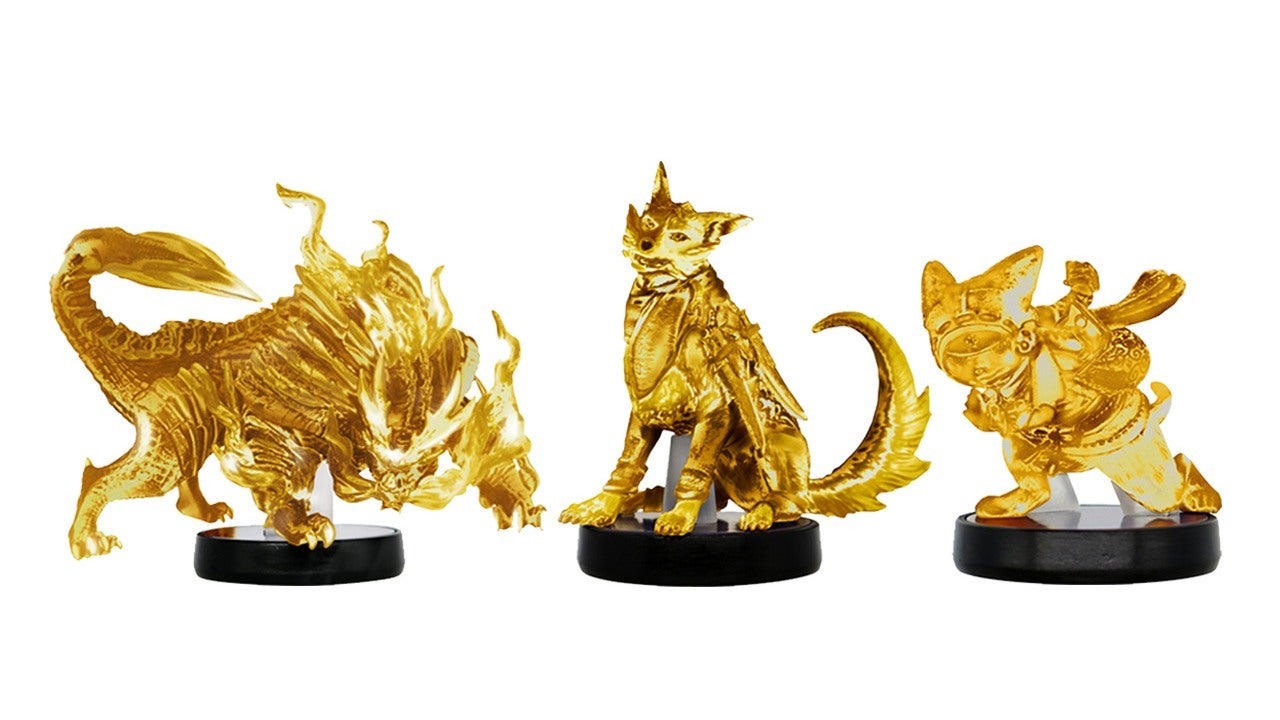 Capcom has a bit of history with releasing ultra-rare amiibo, and is likely to repeat that history with some Japan-only gold Monster Hunter Rise figurines.

As Eurogamer points out, a set of gold versions of the three Monster Hunter Rise amiibo will be made available as part of a lottery to those who buy the game as a download code from Japanese 7-Eleven stores.

While Capcom hasn’t formally said how many sets of the gold amiibo will be released, past evidence suggests they’ll be extremely hard to come by. Capcom previously ran a similar competition for a gold Mega Man 11 amiibo, only releasing 10 of the figurine. It also released one each of silver and gold Monster Hunter Stories figurines, making them almost certainly the rarest amiibo in circulation.

Monster Hunter Rise (and its amiibo) will arrive on March 26, and you can play a demo right now, until February 1.

Microsoft has revealed a new Pulse Red Xbox Wireless Controller colourway. The striking peripheral was revealed on the Xbox blog, and is set to...
Read more
Gaming

Overwatch 2 didn't get a release date, or word on a beta at Blizzcon 2021 – but a behind-the-scenes panel revealed a huge...
Read more
Gaming

Larian Studios has announced that the Druid class will be added to Baldur’s Gate 3 as part of the early access game’s Patch...
Read more