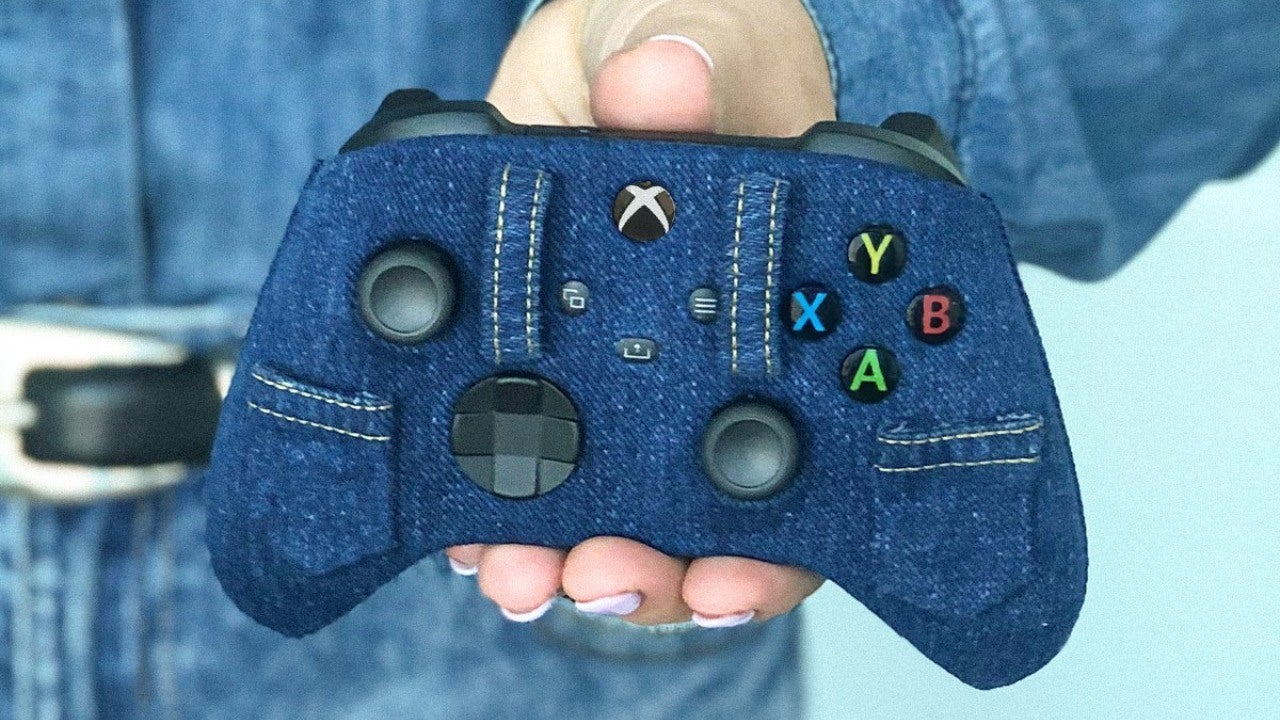 If you’ve ever stopped yourself while using your Xbox Series X to wonder why your controller doesn’t have more denim on it, Xbox Canada is making the controller for you.Xbox has created some unique controller designs like the Sea of Thieves Xbox One controller or the new Pulse Red Xbox Series X controller announced this week, but Xbox Canada’s new one-of-a-kind Canadian Tuxedo variant is truly a sight to behold. Featuring belt buckles, two small pockets, and denim all over, this controller is perfect for that Canadian in your life who loves a denim jacket paired with some denim jeans. Or for Justin Timberlake in 2001.

The “Canadian tuxedo” is now a 3-piece suit.

This Canadian Tuxedo controller is one-of-a-kind, but let us know what your dream Canadian-themed controller would be. We might just make it… pic.twitter.com/yx6wFWQ5xB

As you can see in the Tweet above, it doesn’t seem this controller is actually real beyond the single one that exists in the photo. Maybe a Ryan Gosling or Ryan Reynolds endorsement can make this dream controller a reality.

The fun didn’t stop with this tweet, though, as Xbox Canada decided to get “punny” in the replies to the tweet. When the Walmart Canada Gaming Twitter chimed in to say that the Canadian Tuxedo controller might be an all-time great, Xbox Canada replied “I guess you can say making great controllers is in our jeans.” It didn’t stop there though, as you can see in the follow up tweets below.

We didn’t think it would fly to be honest.

When Xbox social marketing manager, Graeme Boyd, chimed in to say he was obsessed with the little pockets, Xbox Canada said they knew he’d be “riveted” with this design. It’s clear Xbox Canada is a fan of this denim-covered controller and the puns it can make about it, but something tells us this controller will remain just a tweet.

For more controllers, check out this breakdown of the best Xbox controllers and then check out this PlayStation 5 DualSense controller reimagining from the internet. Check out the official IGN wiki guide for all of the special edition Nintendo Switch Joy-Con released so far after that.

Fan remakes and other community passion projects can be a wonderful expression of communal fandom. Unfortunately, they tend to be shut down with...
Read more
Gaming