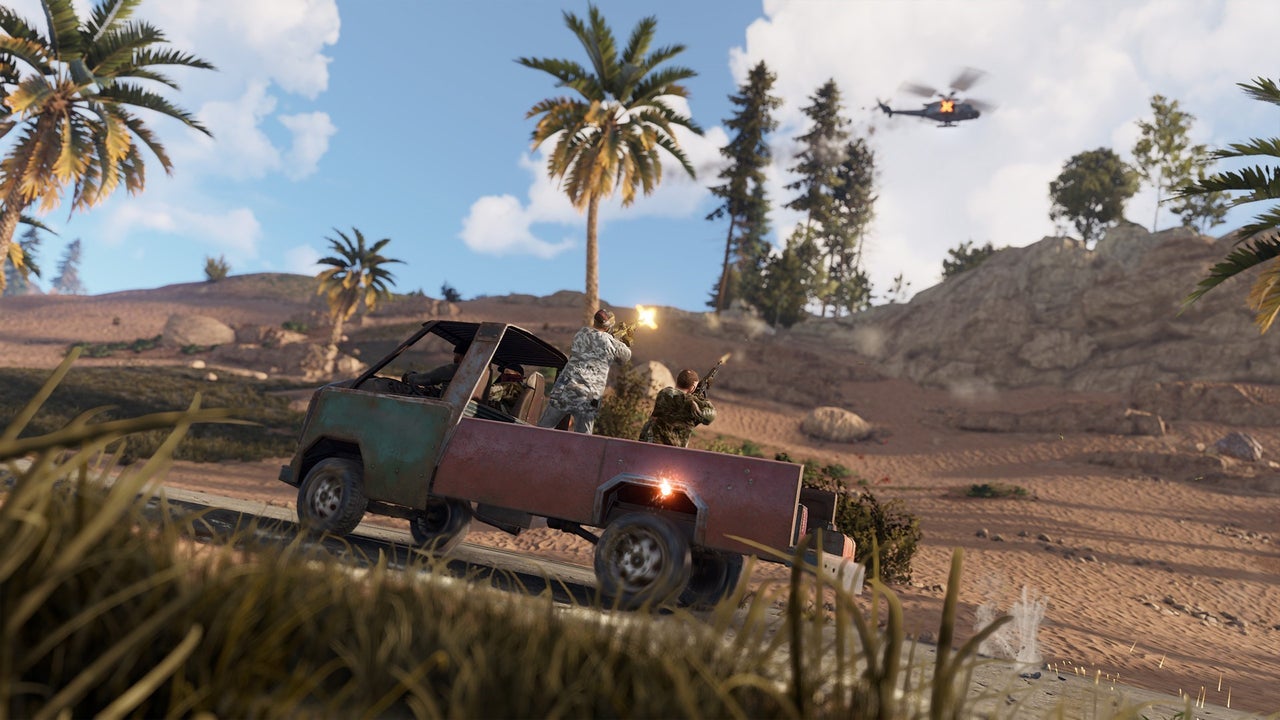 Over the past week, developer Facepunch Studios revealed its online survival game, Rust

, generated over $1 million twice in one week. Released in early access back in 2013, Rush is having what many say is an “Among Us” style surge in popularity.Today, Garry Newman, founder of Facepunch and developer of Garry’s Mod, revealed Rust made over $1 million in revenue on two separate days in the same week on Steam. At the time of this writing, Rust is the most viewed game on Twitch with 717k viewers.

We made over $1m on Steam on two days this week pic.twitter.com/UTiqxgzdO0

Rust is a multiplayer-only survival game released in Early Access in 2013 and a full release in 2018. In Rust, several players are put on a procedurally generated map where they must scavenge and craft weapons and supplies to ensure their survival.While players usually begin games with only a rock and torch, these can be used to acquire other materials and eventually craft more sophisticated weapons like guns and unique ammo. Essentially, think of Rust like a really violent game of PvP Minecraft.

Have you played Rust?

Why is Rust So Popular Now?

Although a fixture of multiplayer gaming since 2013, Rust is having a bonafide surge in popularity, seven years after its initial Early Access release. Facepunch revealed Rust doubled its player count record on January 7, 2021, beating a record that was set on January 3, 2021.

Rust on track to double it’s previous high player count.. which was set like 4 days ago pic.twitter.com/1AP0hkJ6EH

The explosion of popularity is attributed to a group of high-profile streamers who have taken to playing Rust together on a private server started by Offline TV.

The roster of streamers includes Shroud, XQc, Disguised Toast, Pokimane, Myth, and more. Their streams have brought over a million viewers to Rust, and this exposure is translating into player interest.

Given the high-profiles of these streamers, the private server has become akin to a TV show with different streamers starting up competing factions and focuses. XQc, for example, leads a competitive PvP stable called Team Rocket.

THE OTV RUST SERVER IS TOO FUN THATS ALL I THINK ABOUT. MY COMPETITIVENESS OVERWHELMED ME AND I WAS RUDE TO NON-PVPERS. TOMORROW WERE GONNA DO BETTER AND TEAM ROCKET WILL TAKE OVER

Other streamers on the server prefer role-playing over PvP and Offline announced it will spin up a second, smaller private Rust server with a focus on role-playing.

Rust was recently rated for consoles by the ESRB, which times perfectly with the newfound popularity. With ongoing stay-at-home orders around the world, more players might discover Rust now. Check out IGN’s Rust review.
Matt T.M. Kim is a reporter for IGN.

Mario Golf: Super Rush is set to release exclusively for Nintendo Switch on June 25. But those interested in picking up a copy...
Read more
Gaming

Last Edited: 15 May 2021 12:50 amOnce again stepping into the role of the heroic Commander Shepard, gamers command their crew to prepare...
Read more
Gaming

Cyberpunk 2077, despite all of its launch issues and refunded copies, reportedly had the biggest digital launch of all time based on digital...
Read more