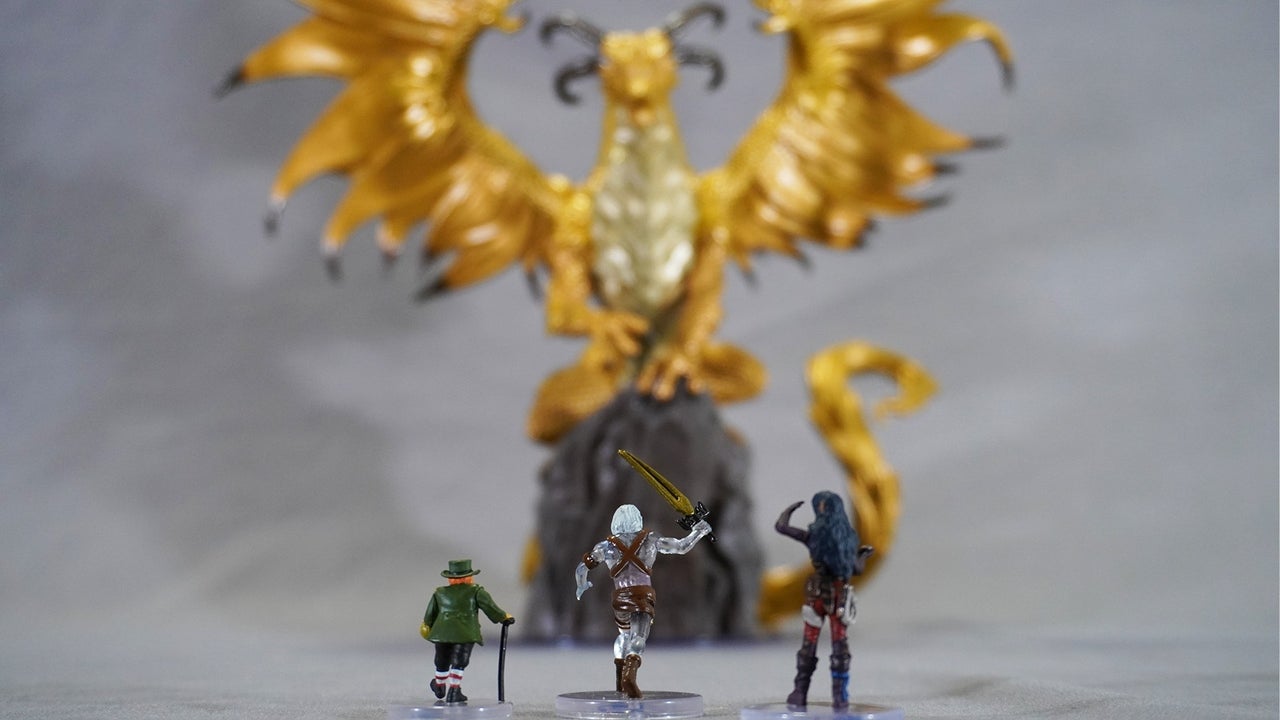 Even though 2020 saw a lot of tabletop RPG groups move online, the team over at WizKids has been busy.

In addition to their annual block of D&D minis, an update to its modular terrain system, and releasing one of the coolest tabletop accessories we’ve ever seen, the team was also working on a new run of Pathfinder Battles minis. Set to launch early next month, the Darklands Rising series features a host of creatures and monsters often found in the sprawling subterranean caverns below its core setting, along with a few famous faces from the Pathfinder universe.

We’ve got an early look at the set, which you can check out in the gallery above. It contains roughly half of the 52 minis that can be collected, which are sold in “booster boxes” of four minis each. The Darklands Rising run features some of the most detailed 25mm-scale minis to date, and also reintroduces the “Huge” size category back into the Pathfinder Battles series. The final piece of the set is an impressive “premium” figure of the gold dragon Mengkare, also known in Pathfinder lore as The Great Wyrm.

This “gargantuan”-sized (based on the rules for Pathfinder creature sizes) figure stands more than 10 inches high, with a wingspan just as wide. Considering most player miniatures stand roughly 1.5″ tall, The Great Wyrm would truly make an impressive centerpiece for any tabletop encounter.

The Darklands Rising set releases on February 3, 2021; booster boxes (or bricks of eight boxes each) and Mengkare can be pre-ordered from WizKids, Amazon, or at your friendly neighborhood game store (safety permitting).

JR is a Senior Editor at IGN and a huge tabletop RPG nerd. Tell him about your TRPG campaign on Twitter.

It makes sense that Ember Lab, the developer of Kena: Bridge of Spirits, started out as an animation studio. Just looking at this...
Read more
Gaming

Fortnite on Nintendo Switch to Get Improved Performance, Consistent Framerate, and More – IGN

Fortnite on Nintendo Switch is getting a significant upgrade that will improve the battle royale game’s overall graphical performance, Epic announced Tuesday. As of...
Read more
Gaming

While we haven't got a proper entry in the Titanfall series since 2016, Apex Legends' ninth season is set to have "a ton...
Read more