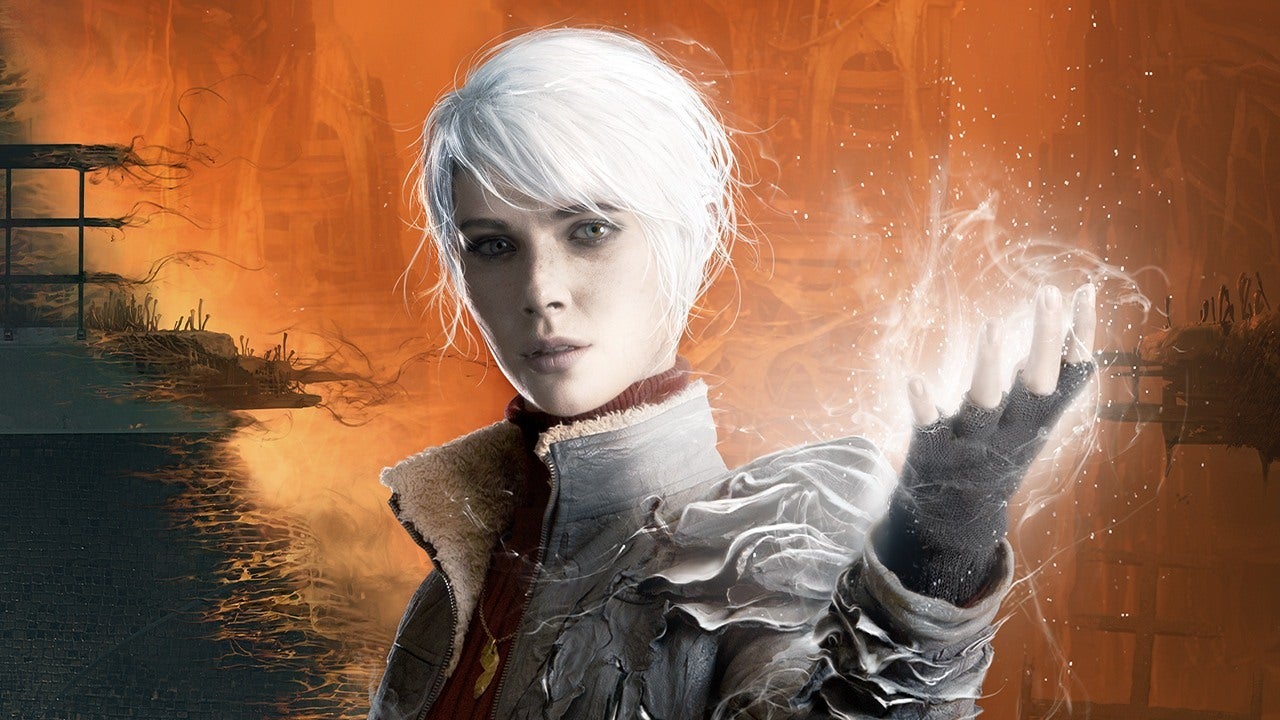 The Medium reminds me of Alan Wake, if Wake leaned a bit harder into its horror side. Bloober Team’s upcoming Xbox Series X and S exclusive – that’s right, it’s not coming to Xbox One when it gets released on January 28, which I’ll explain shortly – thoroughly impressed me in a 20-minute demo that skipped around to a few different areas. It’s moody, it’s cinematic, and like any good horror game, it’s got a creepy little girl that sends shivers down your spine. And it’s literally two games running at the same time.The two worlds thing is why The Medium is a next-gen Xbox exclusive: it’s running two game worlds at once – protagonist Marianne’s real world and the sinister spirit world that she can see and do unique things in. The screen literally splits horizontally at times while you navigate both worlds at the same time, and the lead designer told me that, quite simply, running two worlds simultaneously just doesn’t work on current-gen from a technical perspective.The result is a unique gameplay experience, and one that’s guaranteed to have some variety in it. My demo began a chunk of the way into the campaign, in which Marianne enters the abandoned and decrepit old Hotel Niwa looking for a man named Thomas for reasons I didn’t have context for in this demo. She examines an open suitcase on the ground. Inside is a men’s dress shoe, and when examining it she hears screams – voices from the past, Bloober Team said. But that’s just a warmup.
Running two worlds simultaneously just doesn’t work on current-gen from a technical perspective.

Later, a kid’s ball bounces down the stairs behind you, and that’s when you meet Sadness, the aforementioned creepy little girl. She’s missing an arm and has a mask on her face, and the spirit world has clearly not been kind to her. She just wants to play, but Marianne asks her to help find Thomas first. That requires a trip upstairs, which Sadness can do in the spirit world, but Marianne can’t in the real world due to the steps being gone.While I wouldn’t call the next bit a puzzle sequence, per se, it is a situation that needs solving. You need to power up the elevator, and that means triggering an out of body experience so that you can solely occupy the spirit world. You can only do that for a short amount of time before your body literally disintegrates, however, but once you’ve absorbed some spirit energy, you can come back to your body, blast that energy into the fuse box, and continue upwards.

In another section of the hotel, you’re trapped on the other side of a mirror, and you need a key; something related to a cat. That leads to the faceless lost soul who cannot rest. His name is Bernard, and you’ll need to say his name and restore his face to allow him to leave his purgatory. Naturally, his face is in a room swarming with moths, but another spirit energy charge can burn the bugs and clear the path. Face restored, soul at rest, and that reveals the cat toy needed to escape this mirror realm.Finally, I saw an encounter with an invisible, seemingly winged monster that seemed to feed on your fear. This was the most Alan Wake-like moment I witnessed, thanks to the flashlight on Marianne’s chest that blinks faster as the creature gets closer. You’ll have to hold your breath and hide from the beast, both as you try to escape an indoor confrontation and later as it blocks your way in an outdoor area.

If the rest of the game is anything like my demo, The Medium will be oozing with tension and atmosphere.

If the rest of the game is anything like my demo, The Medium will be oozing with tension and atmosphere, and hopefully a bit more challenging puzzle-solving. To that end, the developers say you’ll spend about a third of the campaign each in the real world, the spirit world, and the split-screen dual-world scenario. And remember that the Xbox Series also has Scorn lined up as a 2021 exclusive horror game, so here’s hoping The Medium gets the Xbox’s year off to a spooky start.
Ryan McCaffrey is IGN’s Executive Editor of Previews. Follow him on Twitter at @DMC_Ryan, catch him on Unlocked, and drop-ship him Taylor Ham sandwiches from New Jersey whenever possible.

Diablo 2: Resurrected Will Have Two Alphas – One Single Player, One Multiplayer – IGN

Everything Announced for PSVR Today – IGN

CD Projekt Red has been the victim of a targeted cyberattack, in which hackers claim to have stolen internal documents and the source...
Read more
Gaming

Digital Foundry's John Linneman and Gamertag Radio's Danny Peña join us to talk about all sorts of Xbox stuff this week! Topics include:...
Read more
Gaming