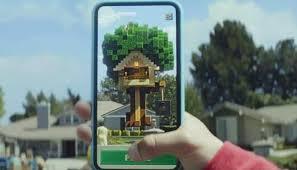 Mojang Studios has announced that it is shutting down its augmented reality mobile game Minecraft Earth, which lets players interact with a Minecraft game superimposed onto real-world GPS data.In a new blog post, the Minecraft Earth team confirmed that it is winding down its game with plans to end support on June 30, 2021. Although never explicitly mentioned, the devs cite the complications of managing an AR game during the COVID-19 pandemic as part of its decision to shut down Minecraft Earth.

“Minecraft Earth was designed around free movement and collaborative play — two things that have become near impossible in the current global situation,” the staff writes in a blog post. Other AR games, like Pokemon Go, faced similar COVID-related obstacles during the pandemic.Still, the developers will support Minecraft Earth until June 2021 and are releasing one more update before the end that will let players enjoy the game before the shutdown.

Have you played Minecraft Earth?

As part of the update, Minecraft Earth will remove real-money transactions, drastically reduce ruby costs, add all content — complete and unreleased, reduce time requirements for crafting and smelting, replace unused crafting and smelting boosts with radius boosts, and grant a set of Character Creator items to anyone who signs in between January 5 and June 30.

IGN has a brief overview of Minecraft Earth here if you’re interested in checking out the AR game before it sunsets for good on June 30.

How to Find The Widow Maker – Cyberpunk 2077 Wiki Guide – IGN

If you’ve ever had ghostly inputs into your control stick cause you to fail to catch a rare bug, miss a precision jump,...
Read more
Gaming

Life Is Strange: True Colors has been announced for PS5, PS4, Xbox Series X/S, Xbox One, PC, and Stadia with a September 10...
Read more