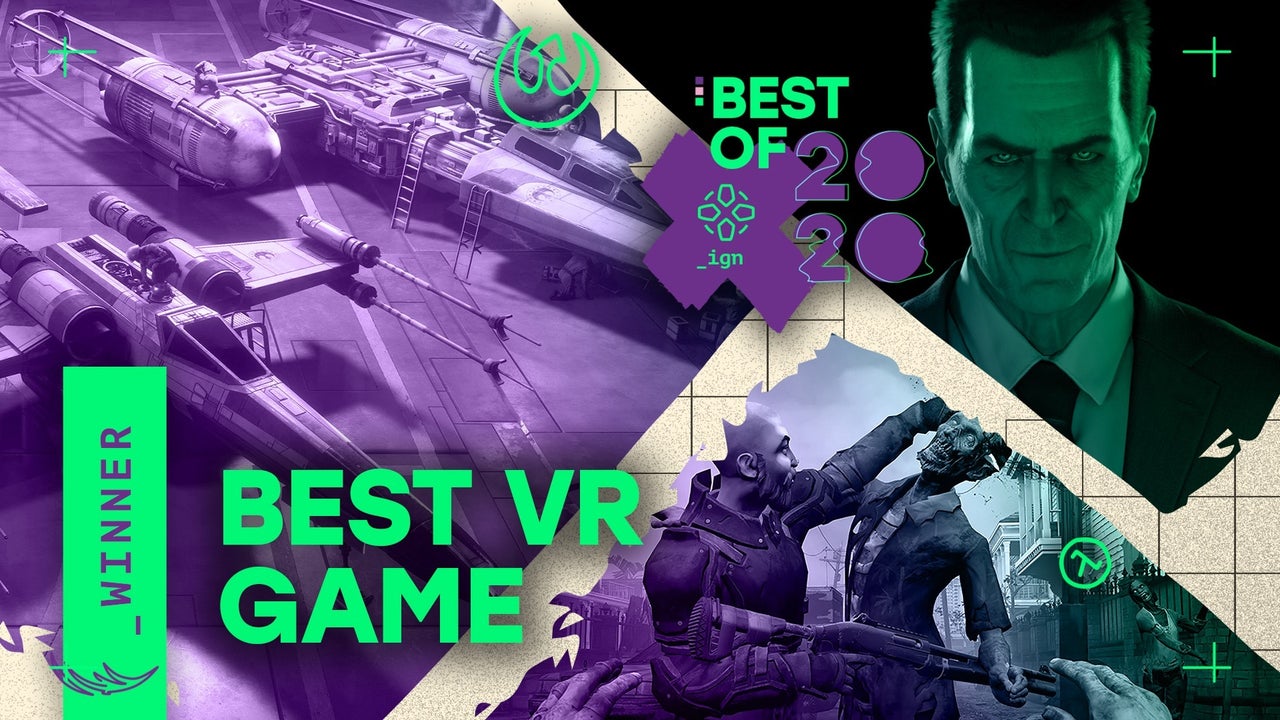 VR always brings a different experience to the table with the realism of playing games in a 3D environment, and the lineup this year is nothing short of jaw-dropping.

From fighting among the stars to in-your-face survival horror and even being the Marvel star himself, there were some great VR games in 2020 – but only one could be the best.

Half-Life: Alyx feels, in many ways, like a state-of-VR demonstration. It took what shined about physics-based combat engines like Boneworks, the stellar storytelling and atmospheric abilities of the Valve creative team, and the learnings of countless VR experiments in traversal and engagement and seamed it all together into what feels like the most complete and truly AAA VR gaming experience to date. Terror, tension, humor, scale, spectacle, character – Alyx has all the hallmarks of a full-on interactive experience, with a combat system that feels challenging but fair and a variety of play styles required to persevere through each memorable segment. Very little in the VR realm has felt as satisfying as smoothly reloading a weapon in this game. Alyx’s wild ride through this dystopian future not only gave us a solid Half-Life game, it put real energy behind pushing VR technology forward in a way that only an outfit with the resources and pedigree of Valve can muster.

Have you played Half-Life: Alyx?

For more, check out our full Half-Life: Alyx review!

Below are our other favorite VR games of the year.

At its best, Marvel’s Iron Man VR is the fulfillment of a long-held virtual reality superhero dream. Developer Camouflaj has created an experience that genuinely makes you feel like Iron Man, putting Tony Stark’s repulsors in your palms through the PlayStation Move controllers. Its combination of accurate tracking and intuitive aerial movement results in fun and flexible combat, leading to moments of childlike delight when you successfully maneuver around enemies and blast them out of midair.

The Room VR: A Dark Matter

Do you remember that super popular line of mobile puzzle games that were basically elaborate escape rooms with really detailed portrait-style artwork? This is a continuation of that series, but in VR, and it’s glorious. By putting you directly in the shoes of someone tasked with tinkering around with objects while trying to solve puzzles by physically moving around in 3D is incredibly immersive. Fireproof Games have wrapped up a captivating story about a dark and mysterious energy that keeps you hooked and scratching your head as you poke and prod your way through its lengthy story.

For more, check out our full The Room VR review here!

See The Room VR: A Dark Matter on Steam

Star Wars Squadrons realizes the dream that every single Star Wars fan has had since childhood: to jump in the cockpit of an X-wing (or a TIE fighter if you thought the Imperial helmets looked cooler, which they did) and blast your rivals out of the sky. While not the most complex VR game – unless you’re using a flight stick it’s just the headset and a standard controller/gamepad – Squadrons’ VR option gave us an unforgettable way to experience what was already a great space shooter.

For more, check out our full Star Wars: Squadrons review!

There were two brand new totally unrelated VR games based on The Walking Dead IP this year, but Saints and Sinners is the only one in the running for Game of the Year – for good reason. Skydance Interactive have taken the world of walkers in a new direction by sending players to the flooded streets of New Orleans for a new story using the comics as inspiration rather than the hit AMC TV show. Featuring incredibly realistic physics-based combat, truly impactful and intense combat, and a heavy dose of actual survival horror thanks to its looting, crafting, and resource management, this is a fight for your life you won’t soon forget.

For more, check out our full The Walking Dead: Saints & Sinners review!

See The Walking Dead: Saints and Sinners at Amazon

There are plenty of other awards beyond just the best VR games! Check out all our platform, genre, and design award winners – and, of course, our picks for this year’s GotY – below!

Be sure to check out all of our other Game of the Year award winners, as well as our picks for the best movies, TV shows, comics, and anime of 2020!

Summary:Discover exotic islands and explore ancient monuments in the adventure-packed game The Touryst. Make the trip you always wanted and enjoy the tourist...
Read more
Gaming

When Super Nintendo World opens at Universal Studios Japan on February 4, it will be the largest themed area at the Osaka park...
Read more
Gaming