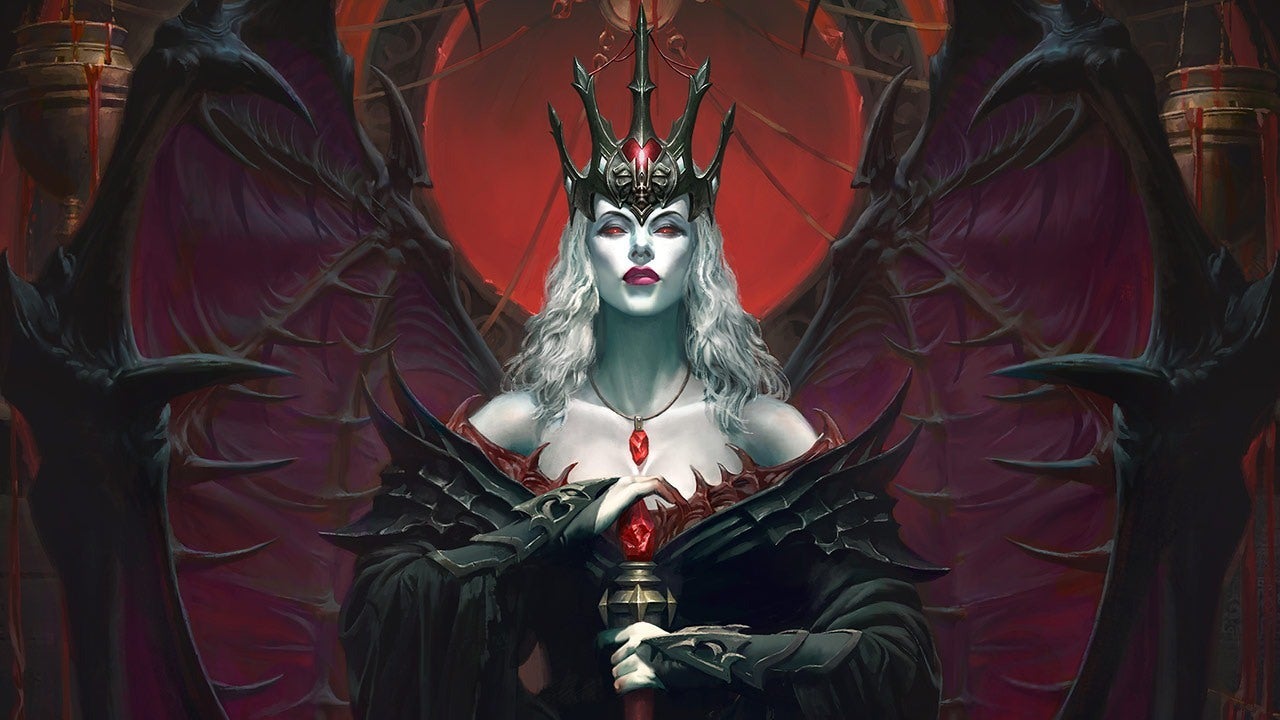 For those of you looking forward to some Diablo action on mobile, the good news is – as of this moment, Diablo Immortal’s technical alpha has launched. The bad news is, it’s largely restricted to Australia. If you don’t happen to be in Australia right now – sorry about that, by the way – fear not, as we can still give you a stack of details on how Diablo Immortal is shaping up.First though, for those of you that can check it out, the technical alpha has four classes available – Barbarian, Wizard, Monk and Demon Hunter, a level cap of 45 (as opposed to the planned 60 for the game’s release) with Paragon points beyond that, and includes seven open world zones and six dungeons. There’s a lot of content, in other words, and Blizzard’s goal is to test the early level experience and mid-game systems, as well as client performance and server stability.That latter point is particularly important given that Diablo Immortal is a massively multiplayer action RPG, in which tens of thousands of players can be on a single server. This change manifests itself in communal areas like Westmarch, where players can show off their gear, but for the most part the team is very much aiming for Diablo Immortal to feel like classic Diablo – wading through hordes of enemies alongside a friend or three, nabbing loot and upgrading your character.It will also feel familiar from a story perspective. Yes, Deckard Cain puts in an appearance, like some kind of desiccated security blanket, but that’s not what I’m talking about. I’m referring to the fact that Diablo Immortal takes place between the events of Diablo II and Diablo III. Those of you that pay attention to these things will remember that Archangel Tyrael destroyed the World Stone at the end of Diablo II: Lord of Destruction. And now, in Diablo Immortal, pieces of it have been flung across Sanctuary and demon legions are scouring the mortal plain in search of the still-powerful shards. Sounds like a reasonable enough excuse for the action… even if it is somewhat reminiscent of every Mario RPG storyline ever.Anyway, let’s dive into some of the stuff we’ve just learnt.

I mean, of course it is, but now it’s officially, 100% confirmed. “We plan to have all content, all story and all classes… be free,” lead designer Wyatt Cheng told the participants in the technical alpha pre-briefing. “Diablo Immortal will have in-game purchases that are not required for people to progress or to simply enjoy the game…”

In terms of the team’s approach to free-to-play, Cheng was unequivocal. “First and foremost,” he said, “all of our gameplay systems and core mechanics are designed to be fun first and not circumvent Diablo’s core gameplay. The game is about killing monsters and getting gear and at Blizzard, gameplay comes first.” All gear in Diablo Immortal is self-found and cannot be purchased. “We want to ensure that players who choose not to spend money still have access to every piece of gear in the game as well.”

For Cheng and his team, the goal is for in-game purchases to make players feel good, deepen their enjoyment and be a bonus on top of an already robust experience. “There’s a lot of ways to design in-game purchases,” he explained. “When you spend money we want to make sure that you feel like you’re paying to get a bonus. There’s a lot of designs across the mobile market that add something negative and then offer an in-app purchase to remove or circumvent it. That’s not what we want to do here.”

We want to ensure that players who choose not to spend money still have access to every piece of gear in the game as well.

By way of example, one of the in-app purchase options will be a Battle Pass. All players will progress down a free reward track as they make progress, but purchasing a Battle Pass opens up a second set of unlocks. This progression system will be refreshed monthly and “no matter what you’re doing in Diablo Immortal, you’ll earn progress on your Battle Pass, whether it’s clearing a Rift, doing a dungeon or completing some bounties,” says Cheng. He gave a couple more examples of in-game purchases, but we’ll get to them in a sec.

One of the foundations of Diablo Immortal’s gameplay will be Elder Rifts – short, randomised dungeon experiences that can be run as many times as you want. What makes them different? Well, the gameplay is centered around killing monsters to fill up a progress bar, with Elites obviously filling it a whole lot more than normal mobs. Once the bar is full, the final boss spawns and if you beat it, your run is complete.

Elder Rifts also serve as another example of the kinds of in-game purchases that will be available in Diablo Immortal. Players can buy Crests that they can then use to introduce random modifiers to their Elder Rift runs. Beating these modified runs will then net better rewards. Oh, and if you’re in a party everyone can take part – only one person needs to use a Crest.

Challenge Rifts Return But in a New Form

In Diablo III, Challenge Rifts charged players with beating a Greater Rift challenge using a fixed character, but Diablo Immortal flips this. In this game, players use their own character and the Rift is randomised for every run. The challenge will be in working through the difficulty tiers, as each has a reward package to earn. Each Challenge Rift will also have a leaderboard and players will get additional rewards based on placement.

Zone Trials Will Shake Up the Gameplay

It won’t just be the main story quest guiding you through a zone, there will also be side quests to complete and spontaneous pop up events (such as being ambushed by enemies or finding cursed chests), as well as unique objectives called Zone Trials. The Library of Zoltun Kulle, for instance, contains a towering Hydra world boss that, in the words of lead producer Caleb Arseneaux, “presents such a massive threat that players from across the entire zone will band together to defeat it.”

Bounties Will Send You All Over Sanctuary

The iconic capital, Westmarch, will offer a reprieve from the demons and monsters. This hub city is where you’ll access your stash, upgrade your armour, weapons and gems, and show off your gear to other players. It’s also where you’ll unlock Nightmare and Hell difficulty modes during the technical alpha, and get access to bounties. Bounties are small quests that will have you fighting monsters, gathering materials and taking part in new stories all over Sanctuary.

The Horadric Bestiary Is No Ordinary Tome

Diablo Immortal is packing a wider variety of enemies than Diablo III, and these enemies will be on display in a special book called the Horadric Bestiary. Defeating key monsters will unlock pages in this tome, and each unlock will actually make you more powerful.

All Gear Must Be Self-Found

Any gear that is equipped – weapons, armour, jewelry – must be self-found. It cannot be purchased, nor can it be traded with other players. This means that anything another player is wearing is the product of their own blood and sweat… or at least, the blood of a whole lot of monsters.

Each character has six primary gear slots in Diablo Immortal (for your head, torso, shoulders, lower body, main hand and off-hand) and each piece of this gear can be socketed with a legendary gem. Legendary gems boost your abilities in significant ways, such as charging your skills faster, making your channeled skills last longer or increasing damage based on the number of targets that you hit. Having a full complement of six legendary gems on top of legendary items with their own bespoke properties should make for some really powerful, fun builds.

Regular gems also return, boosting things like health, defense and attack, but these can only be socketed into secondary gear like rings and boots. There are six slots for secondary gear all up.

Like Diablo III, any unwanted gear in your inventory or stash can be salvaged for crafting materials. This can then be put towards leveling up the gear you’re focused on. Each rank an item gains boosts its stats, but more interestingly, every five levels it gets an additional random bonus property. Once you get to the max level of 20 for an item it will have three bonus properties and be considerably more powerful – and that’s not even factoring in any socketed gems. Don’t like one of the random property rolls? You can use the reforge system to re-roll.

Reforging an attribute will cost players a reforge stone, which can be earnt during gameplay. There is, however, another option, which is to spend real world money to purchase specialised reforge stones. These limit the pool of properties that can appear. Importantly, however, the properties aren’t improved – you just have more control over what the result may be.

In additional to six primary gear slots and six secondary gear slots, there’s a 13th piece of equipment and that’s your Charm. This is used to increase the rank of your skills – Whirlwind for the Barbarian or Meteor for the Wizard, for instance. Charms promise to be pretty powerful, as they can add bonus ranks to up to five of your skills. That said, according to lead designer Wyatt Cheng “it is a long tail progression system for the most dedicated players.”

Market Prices Are Based on Supply and Demand

Yes, Diablo Immortal has a player to player market. And no, it’s nothing like the ill-fated auction house in Diablo III. You won’t be able to buy or sell gear here, instead, the market is for things like Charm crafting materials and gems (including legendary gems). Transactions are anonymous and you can only buy and sell at the current market rate. Thus, the value of items is directly related to what players are looking for, so if a particular build gets hugely popular, for instance, it might drive up the price of a particular material or legendary gem.

The Paragon System Will Have Skill Trees

Just as Diablo III had the Paragon system to let players continue to grow stronger after they hit the level cap, so too does Diablo Immortal. The difference here is that Diablo Immortal will have multiple skill trees that you can put points into, with each based on a particular play style. One focuses on gaining bonuses after you defeat an enemy, for instance, while another is all about survivability bonuses to help you stay alive. The technical alpha has four Paragon trees, but more are planned for launch.

When will Diablo Immortal be more widely available? We don’t know, but in the meantime, why not read our retrospective on the early days of the series?

Cam Shea is IGN’s AU Studio Lead and has been mixing a lot of rave era breakbeat lately. He’s also played more Breath of the Wild than any other game this year. Catch him on Twitter. Maybe.

Elon Musk claims one of his companies has implanted a device into a monkey’s brain, and hopes to make it play “mind pong”...
Read more
Gaming

Last Edited: 19 Feb 2021 1:15 amWhen investigating out in Shibuya for leads, or if you're just taking a stroll around the block...
Read more
Business