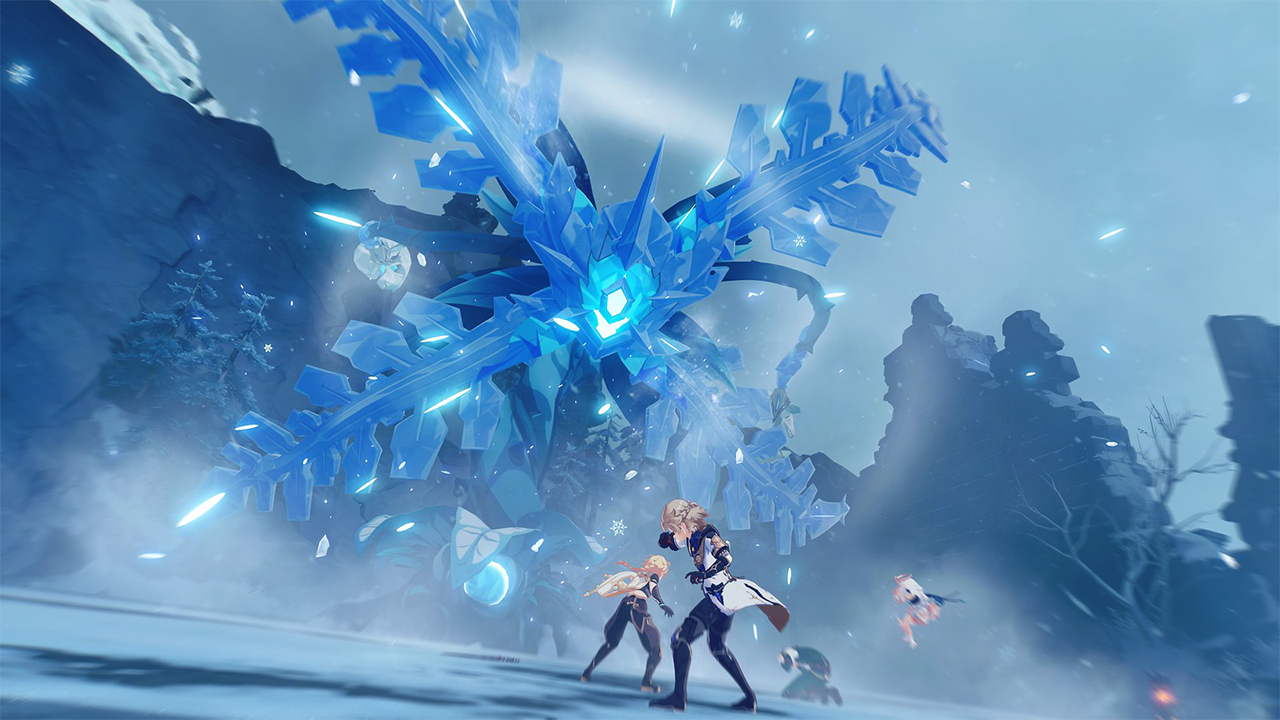 Dragonspine, Genshin Impact’s first new map addition, will be added to the free-to-play game on December 23, 2020 with its Version 1.2 update called The Chalk Prince and the Dragon.

As revealed on PlayStation.Blog, Dragonspine is a frozen mountain range in the south of Monstadt and “is one of the most inhospitable areas in Teyvat.” Furthermore, Dragonspine, which was revealed earlier this year, holds the remains of the venomous dragon, Durin, who fell here after the battle with Dvalin.

When players enter Dragonspine, they will notice the addition of a Sheer Cold bar that will go up if you are exposed to the cold without any heat source. When the bar is filled, you will take damage. The only way to combat Sheer Cold is to utilize Waypoints, lit torches, cooking pots, and the Seelie. Scarlet Quartz can also temporarily combat Sheer Cold.

All Travelers at Adventure Rank 20 and above will also be able to participate in a special winter event that will see player’s assisting the new 5-star character Albedo, Chief Alchemist and Captain of the Investigation Team of the Knights of Favonius in Monstadt. Upon completion, players will get to keep a mysterious and powerful sword called Festering Desire.

Ganyu is another new character that will be added with Version 1.2 who is a half-human, half-adeptus Cyro archer who serves as an emissary and secretary for the Liyue Qixing.

Following this update, Version 1.3 will arrive in February 2021 and will add the Lantern Rite event.

For more, check out our Genshin Impact review and how the developers behind the game want to tell a years-long story.

A survey sent to owners of next-gen Xbox consoles is querying whether users would appreciate the features of the PS5's DualSense in their...
Read more
Gaming