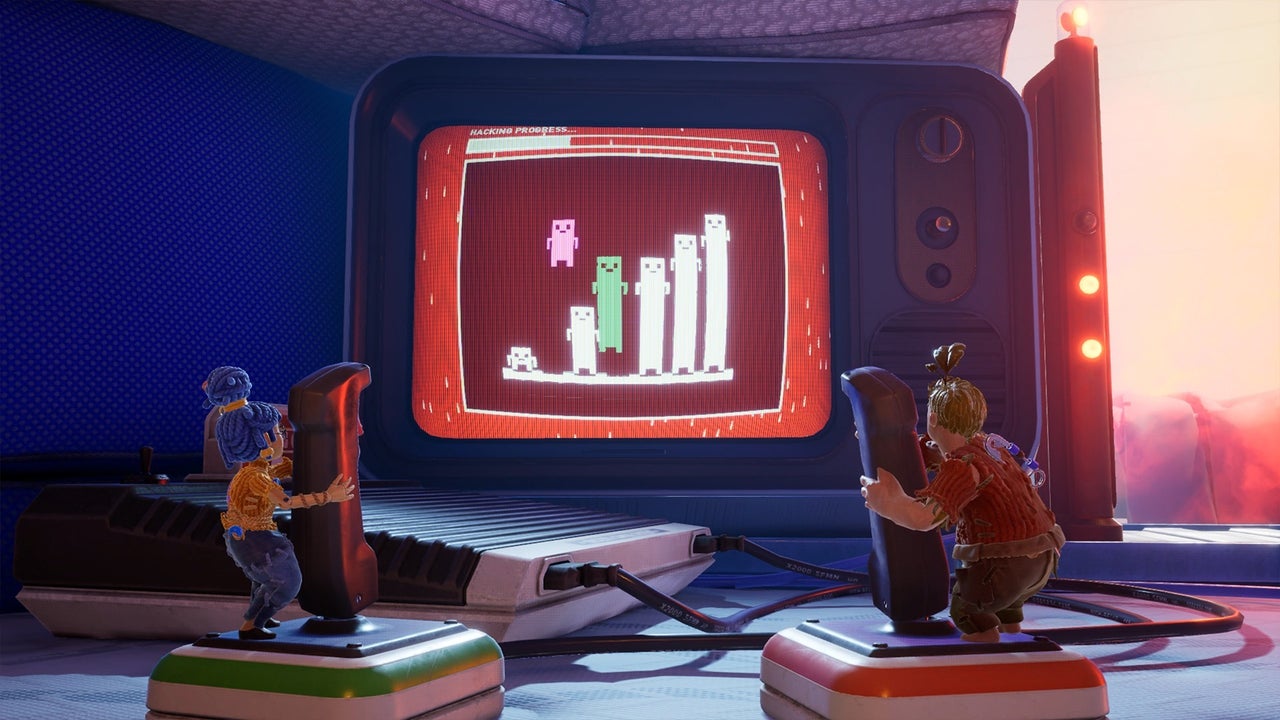 It Takes Two should take 14 or 15 hours to complete, and its creator, Josef Fares, thinks it should win a world record for the number of mechanics included in a game.The co-op only platform adventure from Hazelight got a new trailer and release date at The Game Awards and, in an interview with IGN, Fares went into more detail about how the game balances its magic-tinged story of mending a relationship, and its large number of settings and activities.

Fares and Hazelight’s last game, A Way Out was notable for changing how players interacted with the game throughout the story, and It Takes Two builds on that idea: “I think it’s going to go to the world record with a huge amount of variation we have in the mechanics. And there are reasons to it as well.”“We really need to look closer on how the mechanics are connected to the story,” Fares continues, “and I really, truly believe that in [other] narrative games, sometimes designers and writers are [making] two different games. We need to drop the idea of the old thing where you learn your mechanic and blah, blah, blah, you get better. That’s old design rules. I don’t care about them. They could function and work in another game but, in story experiences, you have to have the [game] and the narrative meld together. This is what we’re trying to do. Everything the characters are seeing, or interacting with, or encountering is part of the gameplay.”

Even in the two-minute trailer, we see multiple settings and activities, one after another, and Fares is very clear on the point that this is the feeling throughout the game – and it’s been a force of will to make that happen: “The variation of the gameplay is important, both for the story but also to keep the player invested, so you feel that you don’t lose interest – you’re a part of it. I mean, how many games don’t you feel like, ‘I’ve done this so many times. This is enough’?

“The designers have gone totally nuts. I push them so hard, like, ‘Come on, let’s do this. We can do this. Let’s do this, let’s do that.’ And sometimes they tell me, ‘Josef, this thing will take us four or five months to make and we only use it for these two minutes.’ But for me it’s the same argument as saying, ‘Oh, we have such a cool scene in this movie. Let’s reuse this exact scene over there.’ No, it doesn’t make sense. It would make it even less special, so we have to start letting go of old ideas on how we look at games.”

The upshot is that It Takes Two will seemingly be a far meatier experience than most narrative games of its kind. “It’s going to be a long one,” Fares tells me. “Yeah, like we’re talking 14, 15 hours of unique madness […] I’m telling you, looking at how much content is crammed into this game is crazy.”

You will be mindf**ked. I know I’m confident, but you play this game and tell me not to be confident

Fares, as you might expect from his past interviews, is pretty enthusiastic about the project, and makes very clear that he and his studio have built something unique: “We’ve been working really hard with this for three years, and damn, it will be an experience. Let me tell you that. You will be mindf**ked. I know I’m confident, but you play this game and tell me not to be confident. I’m telling you, you have not experienced anything like this.”

How to Deal with Sharks – Raft Wiki Guide – IGN

Diablo 4 making the shift to an open world design raises several questions. After all, an open world is not just a type...
Read more
Gaming

Internet sleuths have uncovered a secret video for the DOTA: Dragon's Blood anime series, scheduled to premiere on Netflix at the end of March. PCGamesN mapped...
Read more