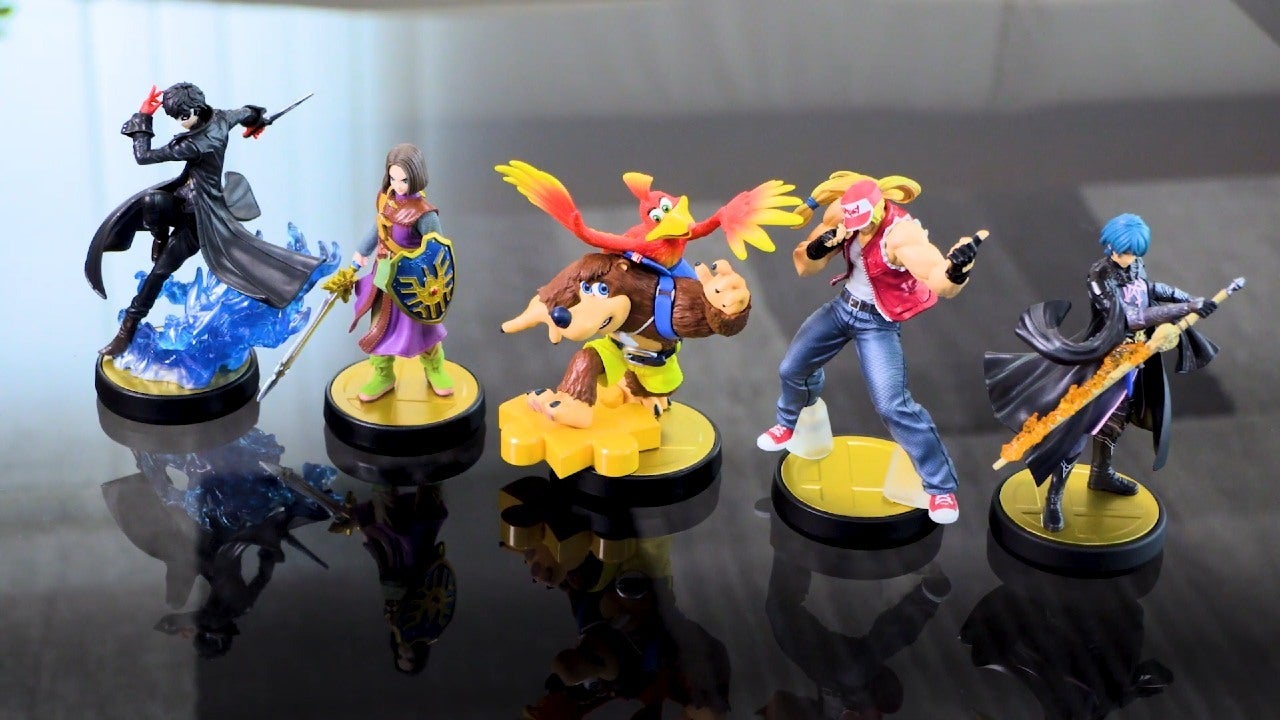 Nintendo has revealed that the Super Smash Bros. Ultimate amiibo for Banjo & Kazooie, Terry, and Byleth will be available on March 26, 2021.

These amiibo were revealed during the Super Smash Bros. Ultimate – Mr. Sakurai Presents “Steve & Alex” presentation that unveiled the release date of the Mincecraft character fighters and broke down how the variations – Steve, Alex, Zombie, and Enderman – will play.

Unfortunately, according to Sakurai, the team was only able to create an amiibo for the P1 fighter of Byleth, so there will not be a female version of the figure.

As for a potential Minecraft Steve amiibo, Sakurai didn’t quite confirm it, but he did say, “If it’s going to be produced, I bet it’ll be easier compared to the other fighters.”

These amiibo, alongside the Joker and Dragon Quest Hero amiibo, will make it so each fighter from Super Smash Bros. Ultimate’s Fighter’s Pass Vol. 1 will have a figure you can own. Hopefully, Minecraft’s Steve and Alex, as well as ARMS’ Min Min, won’t be far behind.