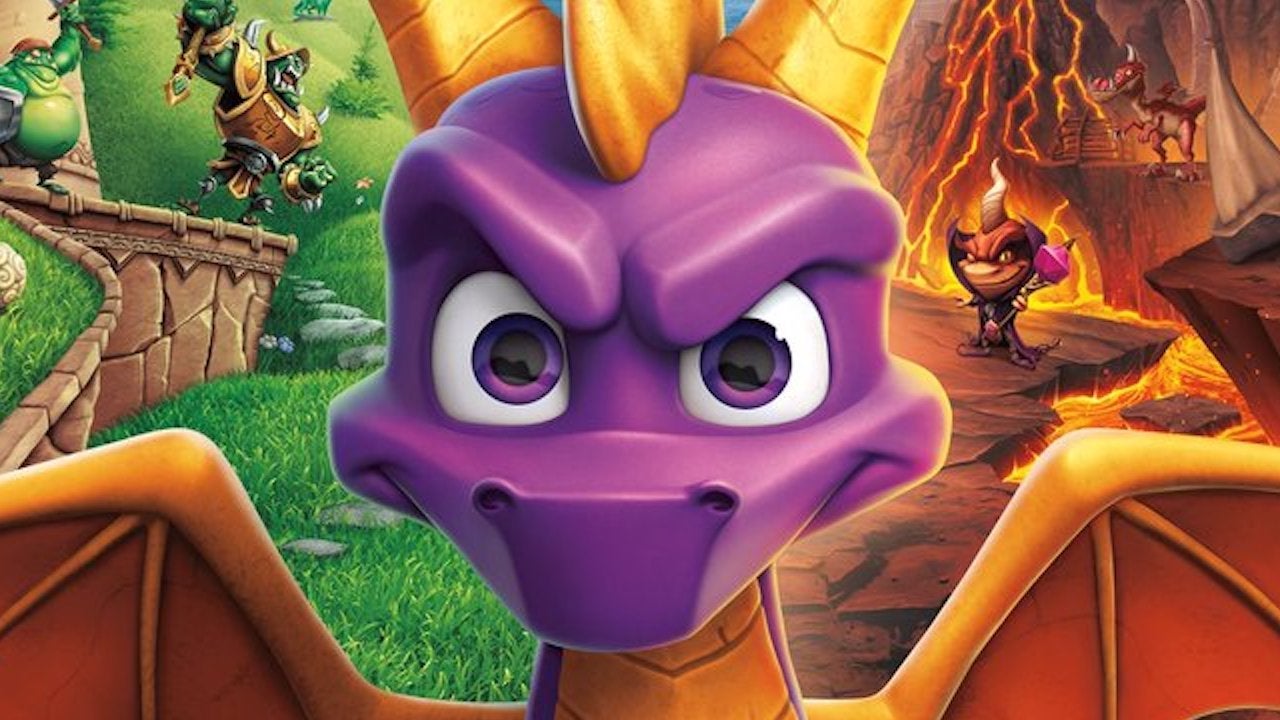 Crash Bandicoot 4: It’s About Time followed up one beloved mascot platformer’s original trilogy (and its recent remakes) with a great new sequel. And based on the art book for Crash 4, Activision may be teasing that it’s prepping to do the same for Spyro the Dragon.In the newly released The Art of Crash Bandicoot 4: It’s About Time from Crash 4 and Spyro Reignited Trilogy devs Toys for Bob, a host of concept art, character designs, and more showcase the work the team did to modernize the bandicoot. But on one particular page, a hint at Spyro could potentially be teasing a similar Spyro 4 treatment may be on the way. Or we’re just really reading into a sign. (H/T to @SpyroUniverse on Twitter for first tipping us off to the tease, originally spotted by @CrashyNews.)

Have you played Crash Bandicoot 4: It’s About Time?

A close-up of the potential Spyro 4 tease in The Art of Crash Bandicoot 4: It’s About Time

In a two-page spread featuring art from The [email protected] Dimension level and Frank’s Plump Wieners Kioskbot, a large splash page of concept art includes a Spyro marquee nestled in amongst the futuristic cityscape. Right below him is his name and what appears to be most of the number “4” right below that. The accompanying text on the page by artist Brun Coes says “It was fun to combine Dingo’s Diner with the futuristic element, to have those cars flying with the city down below… and a little hint at Spyro.”

Activision had no comment on the future of Spyro in relation to the potential tease, but IGN has verified the page in the art book itself. No plans for a continuation of the Spyro franchise have been announced, but developer Toys for Bob, from which the art book stems, also developed the Reignited Trilogy and has long shephered Spyro during Activision’s ownership of the property, having previously developed the Skylanders franchise.As for now, there’s no other word on a Spyro continuation, but given Activision’s recent interest in reviving both his and Crash’s franchises, the purple dragon may have the chance to return beyond Easter eggs in Crash 4.

The Art of Crash Bandicoot 4: It’s About Time is currently available on Amazon and features a ton of artwork and insight into the creation of Crash Bandicoot 4 from artists and other Toys for Bob team members, with writer Micky Neilson and a foreword by Josh Nadelberg. The studio also released The Art of Spyro Reignited Trilogy earlier this year.

The Art of Spyro Reignited Trilogy

For more on Toys for Bob’s latest work, check out both our Crash Bandicoot 4: It’s About Time review and our Spyro Reignited Trilogy review. And be sure to watch the Crash 4 developers react to a speedrun, and check out our Crash 4 wiki guide if you’re aiming to 100% it!

Sure, Fortnite may have its Winterfest, and Overwatch has its Winter Wonderland, but Vikings? Vikings practically invented the winter solstice, and Ubisoft is...
Read more
Gaming

Let IGN guide you through everything you need to know about finding and unlocking all sub-camp locations that can be found across all...
Read more
Gaming

Batman is returning to Fortnite. That might not sound like huge news, considering that practically every pop culture franchise worth its salt has...
Read more