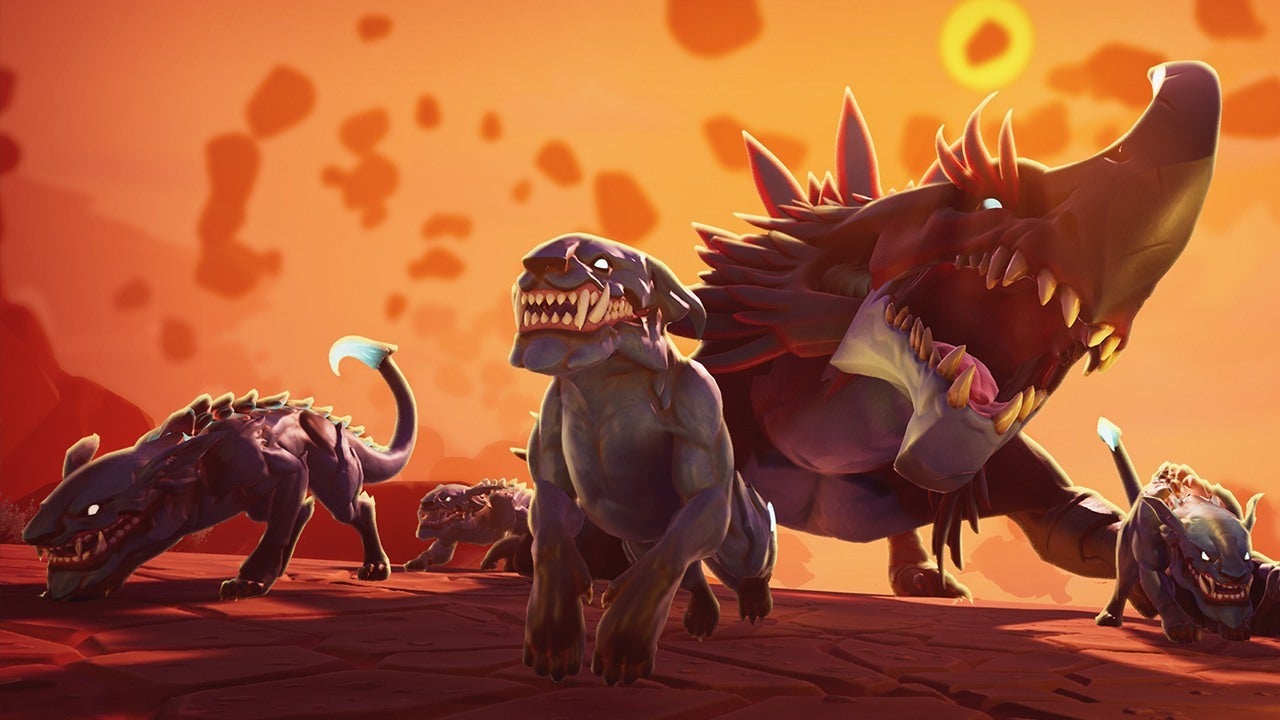 Running an always-online service-based game these days requires not only a constant flow of new content, but also a willingness to adapt and change – sometimes dramatically. Dauntless was already a great game, but the developers at Phoenix Labs were acutely aware of its shortcomings. Reforged, the latest and so far greatest free expansion for Dauntless that launches on December 3rd, is such a massive update it might as well be a sequel based on my recent hands-on time.The reason I say it might as well be a sequel is due to how dramatic the changes are and how impactful they feel while playing. Rather than just injecting the game with new monsters and weapons to further pad out the same general arc of progression and gameplay, Reforged is going to have a widespread impact for every single player in Dauntless because of the new open-world systems and totally overhauled branching progression system.Previously, Dauntless functioned by having the main city of Ram’s Gate act as a glorified lobby, with vendors and quest-givers that would then send you out on missions. Environments were bright, colorful, and nice to look at, but ultimately existed as simple large arenas for boss fights. You’d find your target, kill it, and get sent back to town. There was little incentive to explore, and once the boss was dead you had no reason to stick around.Reforged doesn’t completely rewrite the script, but it heavily edits it with the new Hunting Grounds event. In Hunting Grounds there are 18 different handcrafted islands (one of which is a brand-new biome type) that each feel like actual environments with more going on than just the singular boss fight. They’re overflowing with new plants, small creatures to fight besides just the bosses, treasure to find, and more.This concept of “stay and slay” is a big part of Reforged. With this update, Dauntless will largely be moving from a singular mission-based queue system that features individual boss fights bookended by loading screens and town visits to instead letting you fight several behemoths in a row before ever returning back to the main town hub.

Naturally, one of the issues that will arise with a longer hunting duration is that you’ll run low on heals and other consumables much more quickly this way, which is why they’re introducing Supply Crates as well to use outside of combat. Everyone has at least one, and you can deploy these to restock on consumables and even change your loadout if you’d like so that you’re not stuck with gear that isn’t getting the job done.

Once you finish a hunt or quest while out on a Hunting Ground your loot and rewards pop up as an overlay to the right, then you’re allowed to keep on hunting without needing to return to town. From here you can check out points of interests (denoted by (?) question marks or diamond icons on your compass) to find more things to do such as public events that happen dynamically across the map.During my demo we completed the primary hunt and then found a lone heroic Riftstalker to take on afterward. These creatures are tricky because they can phase in and out of portals — similar to the Phantom Ganon fight in Ocarina of Time — which makes it difficult to predict the direction they’ll be coming from. Two tough fights back-to-back like that drained our supplies so we dropped a Supply Crate to get ready for more hunting.

After you spend a certain amount of time on a Hunting Ground location, public events start to spawn as well. You’ll see a blue spire of light shoot up towards the sky. Once we arrived we realized the event was an “Aether Surge” which attracts all types of hostile creatures gradually over time. And yes, the types of creatures it can attract includes Behemoths. Sometimes even more than one Behemoth — at the same time — which is what happened to us. Somehow we survived and completed it all and used that opportunity to head back to down to enjoy the bounties of our labor, such as public events that happen dynamically across the map.The other main part of the Reforged update is the total revamp of the Slayer’s Path progression system. Instead of being a linear progression now you get to make upgrade choices every step of the way, like a more traditional skill tree, which adds more build variety and customization to exactly how your slayer plays compared to others. This even includes new features such as the Gliders that enable you to travel across islands much more quickly.

When you combine the dramatically different Hunting Ground format with the total revamp of Slayer’s Path progression plus all of the other recently released content, Dauntless is shaping up to be one of the very best free-to-play games out there. Reforged is robust enough of an update that it probably could have been saved for a full sequel, but they’re handing it out for free anyway and that’s pretty commendable.

David Jagneaux is a freelance writer for IGN. Talk RPGs with him on Twitter at @David_Jagneaux.

TimeSplitters 2 4K Port Hidden Inside Homefront: The Revolution… But the Unlock Code Is Lost – IGN

A native 4K port of TimeSplitters 2 is tucked inside Homefront: The Revolution. There's just one problem – the code to unlock it...
Read more
Gaming

Isabelle and Tom Nook Build-a-Bears Are Up for Pre-Order, but the Queue is a Nightmare – IGN

This morning, Build-a-Bear and Animal Crossing officially revealed the stuffed toys they announced a partnership on last month: it's Isabelle and Tom Nook...but...
Read more
Gaming